The next generation of Alder Lake-S processors from Intel is coming, which is why the first engineering samples or even qualification samples are already making an appearance in the databases of the most popular CPU performance benchmarks such as Cinebench. R20, which is the protagonist of today’s story.

The Core i9-12900K makes its appearance in Cinebench

The processor reportedly scores more than 810 points in the Cinebench R20 single-threaded test, while in the multi-threaded test it manages to exceed 11,600 points. Both values ​​exceed those obtained by any processor currently offered for both Intel LGA1200 and AMD AM4 sockets; One thing to note is that the source we linked above wrote “12900KS” but then confirmed that it was a typo, actually it logically refers to the 12900K.

To easily compare these results we can use, for example, the most recent data from Guru3D; According to these, the Core i9-12900K would outperform the AMD Ryzen 9 5950X by 26% and 11% in the single and multi-threaded benchmarks respectively: 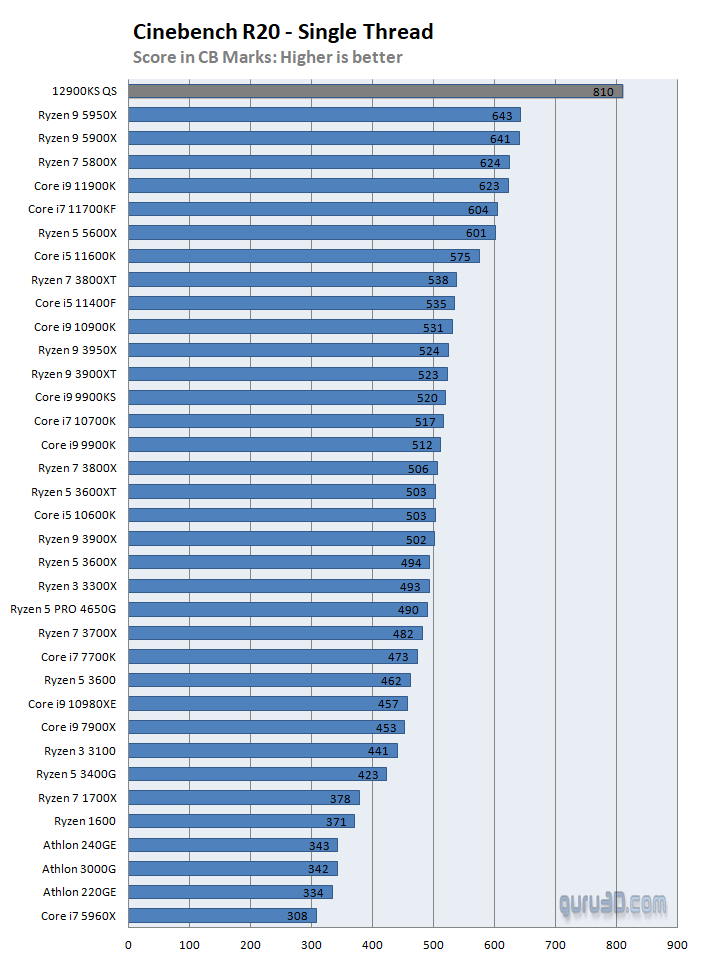 Now here comes the catch: While the Core i9-12900K is faster than the AMD Ryzen 9 5950X in this benchmark’s benchmarks, the performance crown will be heavily dependent on workload. However, both CPUs should be quite paired in all areas, but it must be taken into account that according to the source of the leak the Alder Lake-S processor could reach 200W of consumption with the Turbo mode at maximum, which was already to be expected since the processor supposedly presents a PL2 value of 228W.

Please do not be happy too early.
Power consumption will become one of the biggest the questions.
It may be over 200W in full turbo frequency easily.
?

Unfortunately, Cinebench results are not stored in a public database so the values ​​reported by this leak cannot be verified, although it is true that this filter has a very good hit record (and for that reason we have believed that it was worth echoing us). It’s probably only a matter of time before we start to see results of these engineering samples in benchmarks that do have a public database like Geekbench or SiSoft Sandra.

The long-awaited Alder Lake-S processors, just around the corner 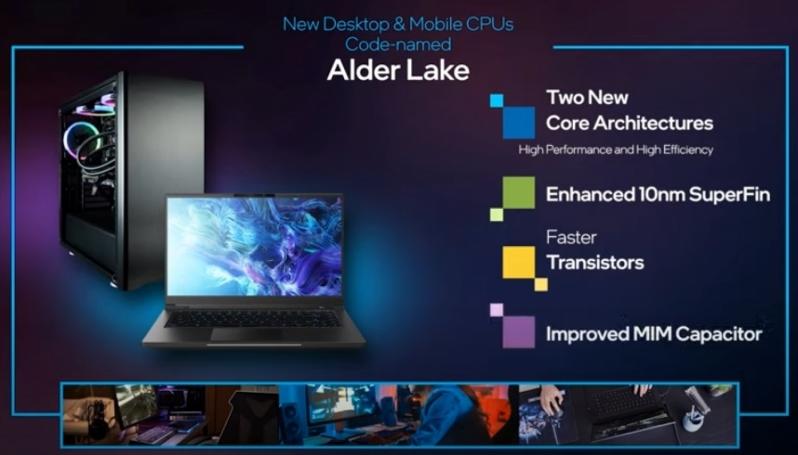 The Intel Core i9-12900K features a hybrid architecture with 8 high-performance Golden Cove cores and 8 high-efficiency Gracemont cores. This configuration provides a total of 16 cores and 24 threads (since high-efficiency cores do not have HyperThreading). In terms of operating frequency, the 12900K should run up to 5.3 GHz in Golden Cove and up to 3.9 GHz in the small cores, Gracemont.

This processor is based on an improved 10nm SuperFin manufacturing process and will be the first mainstream desktop CPU to support both DDR5 memory technology and the latest generation of PCI-Express interface, 5.0. As you can see, between the hybrid cores, the 10 nm and the support for DDR5 and PCIe 5.0, Alder Lake-S will represent a great change in the PC ecosystem and that is why it is one of the most anticipated generations in the history of Intel.