We continue to see leaked performance tests of the Intel Core i9-13900K that use, as you may have imagined, an engineering unit, that is, an advanced sample that, however, is not equivalent to the final model that will hit stores. This was an important detail when we saw that the working frequencies of the first samples were quite low, but little by little it is losing relevance because we are seeing tests with chips that can touch 6.1 GHz.

The Intel Core i9-13900K will become Intel’s most powerful processor for the general consumer market, that’s for sure, and thanks to a new leak we have been able to see that said chip can scratch 6.1 GHz thanks to overclocking. , In Cinebench R23, and with all nuclei active, is capable of working at a sustained frequency of 5.5GHzallowing it to outperform the 32-core AMD Threadripper 2990X by 30%, putting it on par with the AMD Threadripper 5965WX.

We must remember that the Intel Core i9-13900K has a configuration of 8 high-performance cores and 16 high-efficiency cores, which leaves us 24 cores in total and 32 threads. Obviously a high efficiency core does not have the same raw power than a high-performance core and actually runs at a lower frequency (4.3 GHz in these tests). This is precisely what makes those results so good.

In this comparison we have, therefore, an Intel Core i9-13900K configured at 5.5 GHz in the high-performance cores and at 4.3 GHz in the high-efficiency cores, and it has been able to outperform processors with a higher number of cores, such as the 32-core AMD Threadripper 2990X, and to match the Threadripper 5965WX, which has 24 high-performance cores and 48 threads. It’s quite an achievementand an important sample of the performance that we can expect from this new top-of-the-line processor, a chip for the general consumer market that it can beat processors targeting the HEDT sector. 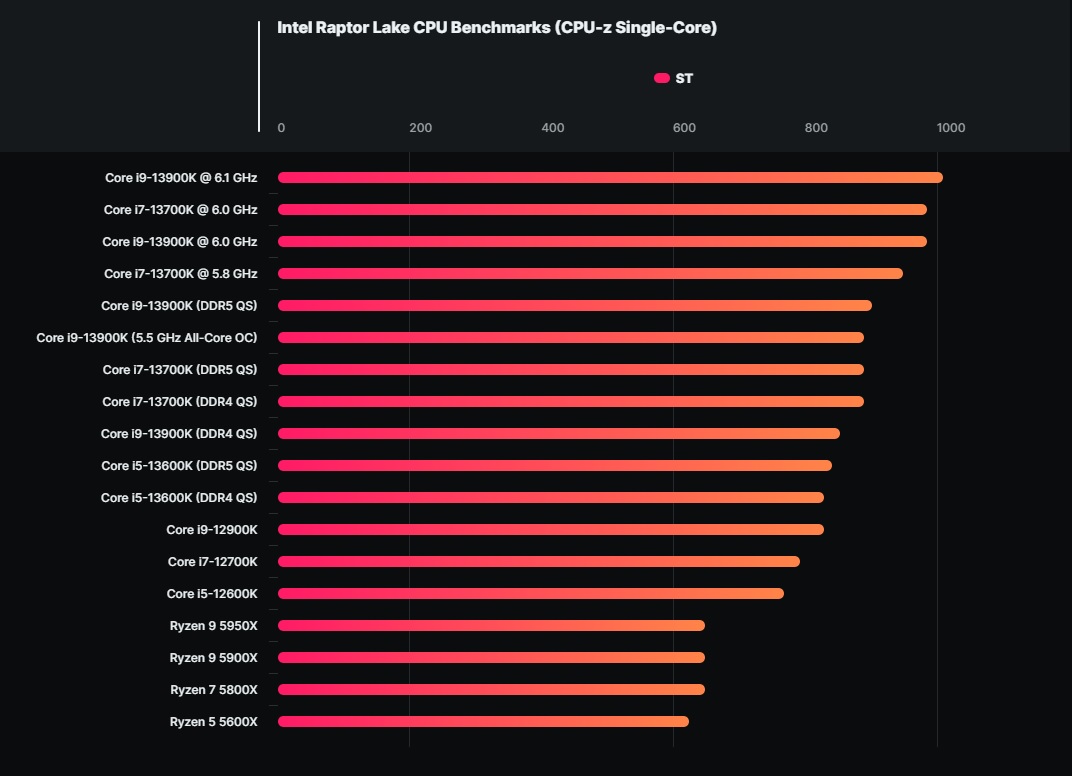 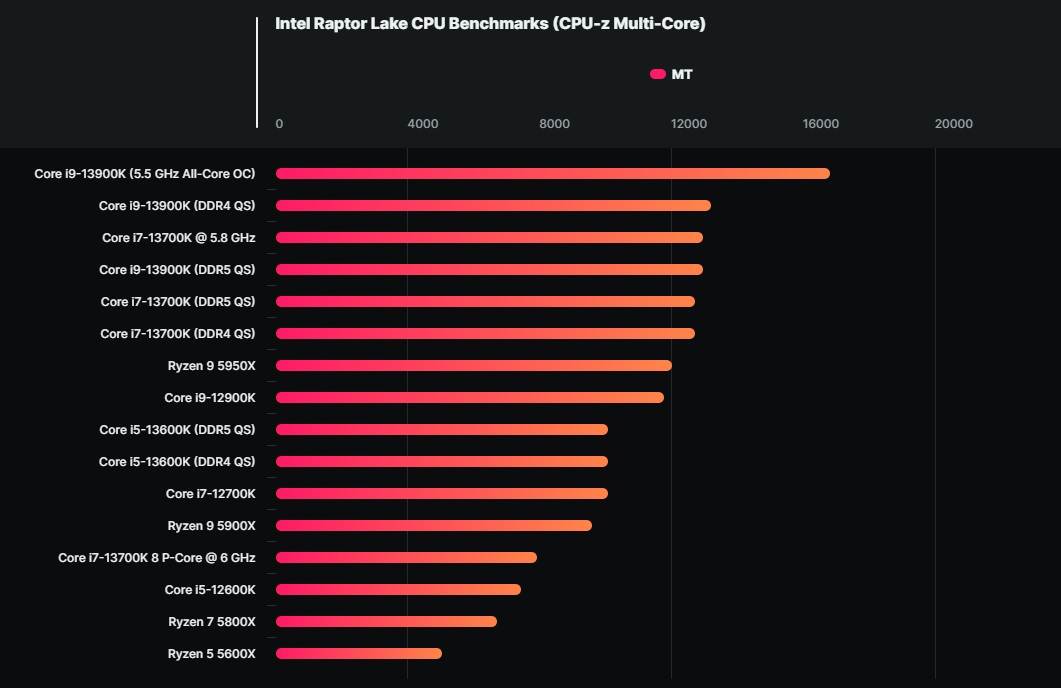 In order to maintain these frequencies, a voltage of 1.45V was configured, and a consumption peak of 350 watts was recorded. Yes, it is a high figure and obviously a high-end cooling system will be essential to keep temperatures under control. In this case we have proof that a liquid cooling AIO kit was used, so in theory such a solution with a 360mm radiator would suffice. In the attached images you can see the performance data obtained by the Intel Core i9-13900K in Cinebench R23 and in CPU-Z.

Raptor Lake-S processors are scheduled for release in end of this year. We still do not have an official date confirmed by Intel, but most likely they will hit the market between October and November. They will be compatible with all current motherboards equipped with the LGA1700 socket and the 600 series chipset, and will also work without problems with DDR4 and DDR5 memory, so we will not have to buy a new memory kit or a new motherboard if we want to upgrade from Alder Lake-S.

How to improve the autonomy of a laptop

Which is better Arduino or Raspberry Pi? Differences between mini PCs