We live in a world where the way we work has changed a lot in recent years. We are in a time of transition towards an increasingly digital world. Electronic means of communication are gaining more and more importance, among which e-mail stands out. For ecological reasons and due to its immediacy, it is gaining more and more ground compared to postal mail. It should also be noted the rise of remote work that does not force us to work from the office. Thus, it is increasingly common to work in the cloud and share files with colleagues. In this article we are going to talk about why the cloud is increasingly important on the Internet.

What is cloud storage

The cloud storage It is also often associated with “Cloud storage” in English, as this technology is based on computer-based data storage. This data that we store is housed in virtualized storage spaces that generally belong to third parties. The large companies that offer hosting of this type are Google Drive, Dropbox or OneDrive among many others, which operate in large data centers. Then the users who need this type of services hire them based on the particular needs of each one. One of the aspects that most affects the price is going to be the storage space that we hire. This type of cloud is known as public cloud.

On the other hand, we have another type of cloud in which the servers belong to the company itself or we have them hosted in our own homes. An example could be the NAS servers at home with which we could choose the storage size we want. In that aspect we can have more storage capacity, but on the contrary, we are responsible for security, hardware and energy costs. It is what we would know as the private cloud, you may be interested in turning your computer into a private cloud.

We would also have the hybrid cloud which is a combination of both public and private, and is increasingly being adopted. In this type of cloud we will have a local storage as cache, and we will have active synchronization between the NAS server and the public cloud.

Why the cloud is becoming more and more important

Working in the cloud is becoming more and more relevant because it offers us a versatility that little by little makes our way of working and storing things change. One of the aspects in which we win is that we have more physical space. We do not have to have our documents and files stored on the hard drive. Previously, when you reached the limit, you had no choice but to delete files or buy new hardware. Now with working in the cloud, all we need is to hire more storage and it will expand immediately and easily.

However, one of the aspects where we gain the most is when it comes to share files. Thus, several people can work on the same project and make the changes they need and then the changes are synchronized so that the rest of the users can work with more up-to-date information. The other benefit of working in the cloud is the mobility and we can use that information from many different devices. Mobility means that we can access any document from anywhere in the world, as long as we have an Internet connection, and 24 hours a day. 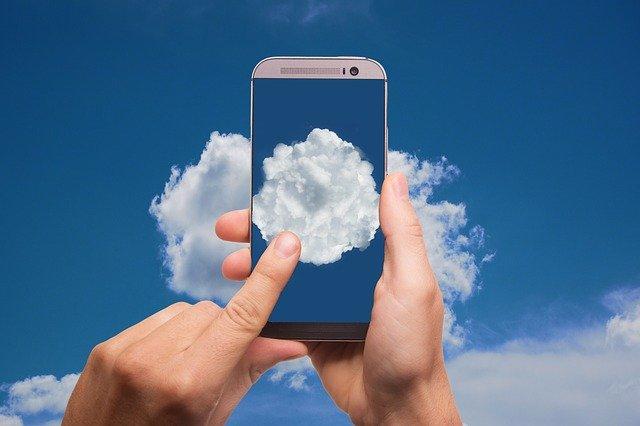 On the other hand, we can use numerous devices to access the cloud, from an Android smartphone to a Windows computer. These would be some examples but we could also access it using iOS, Linux, Mac OS and more. In addition, it can be translated into lower operating costs for a company, as long as the information is digitized.

For these reasons the cloud is becoming more and more important on the Internet, it can also be important to know how you save data in the cloud so that it does not rob you. What is a reality is that the cloud is here to stay, although we also have the possibility to choose the hybrid cloud where we have the best of the private cloud (fast access to files) and the best of the public cloud (backup external).

Meet the QNAP QMiroPlus-201W router and NAS in our video

5 reasons why your WiFi is slow