On June 23, 1912, exactly 110 years ago, he was born in London. Alan Turing, one of the greatest scientists of the 20th century. He not only became one of the fathers of modern computing. He was also one of the forerunners of what Artificial Intelligence is. And thanks to his discoveries, he even managed to influence the course of history.

His first 13 years of life were spent in India, as his father worked for the British Administration in what was then a colony of the United Kingdom. His talent for mathematics was evident from an early age. Back in the UK, he was admitted to study mathematics at Cambridge University. Specifically, at King’s College. After graduating he moved to the United States to study at Princeton University. During his studies first, and his time as a teacher later, he worked with some of the most relevant scientists and mathematicians of the time. Among them Alonzo Church, who excelled in logic; and John von Neumann.

In 1936, when he was only 23 years old, he published an article that is considered today as the starting point of theoretical computer science. In it, which dealt with computable numbers, Turing established the definition of what was and what was not computable. He considered computable everything that could be solved by an algorithm. That is, following a set of instructions that, by taking successive steps, leads to solving a problem. Quite simply, he determined that what could not be solved in that way was not computable.

A short time later he managed to show that there were problems that cannot be solved by algorithms. That is, he showed that there were problems that had no solution, which he called unsolvable. But he was not content with coming up with this concept, he created a machine to demonstrate it. It is the famous Turing machine, which he determined as an imaginary device that, when built, would be capable of carrying out any type of mathematical operation through an algorithm. He never got to build it, yes. He did not have the necessary means for it.

But Alan Turing’s theories regarding how the foundations of computer science would work at a theoretical level did not stop there. He formulated numerous theories about future computers. So many that even he was able to ensure that the computers could crash. It is what he called the stopping problem, and which he detailed as the one that happens when there are no algorithms capable of determining whether or not an operation that is in progress will end. In other words, with this problem, computers would fall into an infinite loop. To stop it would be necessary to stop the machine and turn it on again. That is, restart it, as we do today.

Bletchey Park and the role of Alan Turing in the war

Little by little, his fame as a mathematician and scientist grew, and after the summer of 1938 the British government called him to direct a cryptography team at the country’s national encryption center, then located in Bletchey Park. His team was responsible for analyzing the encrypted codes of the German navy, but also breaking the encryption of the messages of the famous and feared Enigma transmission machines, the ones in charge of passing orders to the Nazi submarines that sailed the Ocean. Atlantic.

It was an extremely complicated assignment, but Turing’s team managed to break the enigma cipher and their work was of vital importance for the victory in World War II to fall on the side of the allies. Not only that, but the work of Alan Turing and his team shortened the direction of the war by an estimated two to four years.

During his work at Bletchey Park, Turing devised machines for break the Enigma cipher. They were called machines bombe and more than 300 units were produced between the United Kingdom and the United States. But after the war they were ordered to be destroyed, along with all the documentation of their creation and operation.

After the war, Turing tried to build a machine with the same functions and capabilities as the human brain. In addition, he took part in the design of the ACE (Automatic Computer Engine, that is, Automatic Computing Engine), considered to be one of the first computers, and which was capable of solving several problems at the same time and storing a program in memory. .

In 1947 he held the post of Director of the Computing Machine Laboratory, in Manchester. There he created another computer, which he called MADAMa computer that still stored a single program in its memory, but with more capacity than the ACE.

Already in his time at the Computing Machine Laboratory in Manchester, Turing was very interested in the concept of Artificial Intelligence, and as in many other fields, his contribution to its subsequent development was theoretical. 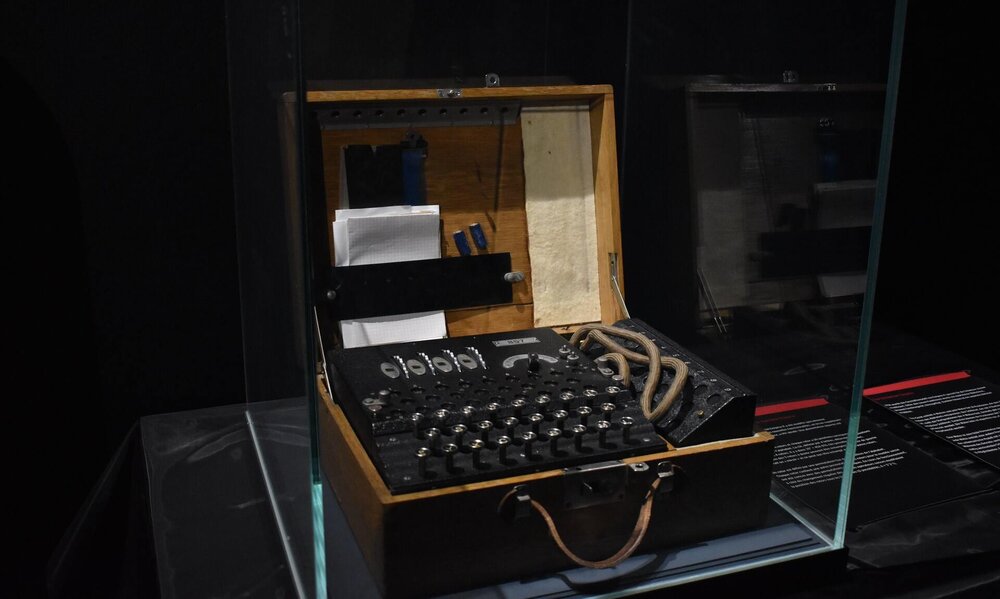 His great legacy in this field is a study, entitled Computer Machinery and Intelligence, published in 1950 and in which he established what are the bases of Artificial Intelligence as we know it. In it appears the famous Test or Turing Test, which established the criteria to judge whether a machine is intelligent or not. He did it based on the answers given by the computer to the test. If these were indistinguishable from those given by a human, then she was considered intelligent.

The end of his career: his arrest and conviction for homosexuality

In the middle of the 20th century, being homosexual was considered a crime in many countries. Among them, Great Britain. And Turing, aware of his homosexuality since his university years, was arrested in 1952 after an incident with Arnold Murray, with whom he had relations at the time. That same year he was sentenced to two years in prison for homosexuality, but he got parole in exchange for undergoing a treatment to “cure” homosexuality based on hormones, and which in practice was practically chemical castration. The treatment caused serious health problems and led to depression.

Just two years later, on June 7, 1954, he passed away. The official cause then was suicide, since it is considered that she took cyanide with which she had previously injected an apple that was found next to her body, bitten. But doubts about his death remain unresolved, since it is even believed that his death could have been accidental, due to the type of experiments he was carrying out when he died.

The way in which Alan Turing was treated by the British authorities was shameful, and there were not a few voices that, not only then, but many years later, have shown their disgust and anger for it. Proof of this, and of the esteem in which his colleagues held him, in 1966 a prize was created in his honor, which bears his name, which is awarded each year to the person who has made the greatest contribution to the world of science. of computing. Is he Turing Awardwhich is so relevant that it is considered the Nobel Prize in computer science.

After several decades, and after a public campaign in favor of Alan Turing that condemned the treatment that was given to him in his day, in 2009, the then British Prime Minister, Gordon Brown, publicly apologized forliterally, the “appalling” way he had been treated. Queen Elizabeth II herself, in 2013, pardoned him posthumously. In 2017, a law was passed in the United Kingdom, popularly known as the Alan Turing Law, which granted retroactive pardon to those convicted or reprimanded for laws that prohibited homosexual relationships.

Not only that, but currently Turing appears on a banknote issued by the Bank of England and released in 2021, with a value of 50 pounds. A few years earlier, in 2019, a BBC program named him the most important person of the 20th century. Such is the importance of his figure and his work, that he laid the foundations of what modern computing is today, and his theoretical foundations are still valid.