This installment of Battlefield takes us to the First World War, in a conflict where new technology completely changed the war forever. As in every Battlefield, here we will have to pilot huge vehicles in order to achieve victory in any way, in battles that will take us to French cities, the Italian Alps and even the Arabian deserts.

Among the many vehicles that we can pilot we will have tanks, biplanes and even the gigantic colossi, several vehicles that will appear at certain moments in history such as the Zeppelin, the battleship, the armored train or the spectacular Char 2C tank.

The promotion comes as always through the Prime Gaming page, so you will only have to log in with your Amazon user account where you have an active Amazon Prime subscription in order to benefit from the promotion. At the bottom of the Prime Gaming menu, you can see all the free games that are being offered at the moment, and among them you will find Battlefield 1, which will be available until next August 2.

By clicking on request, what you will get is a serial number that you can redeem directly in Origin, EA’s online library where you must also have an account (it is free) and where you must enter the serial number obtained so that it can be finally redeem the copy of Battlefield 1. Once that is done, you will only have to decide whether to immediately download the game to install it or instead leave it in the library for another day. If you have redeemed the game simply to enlarge your digital library, don’t worry, we understand you perfectly.

And Battlefield V is coming soon 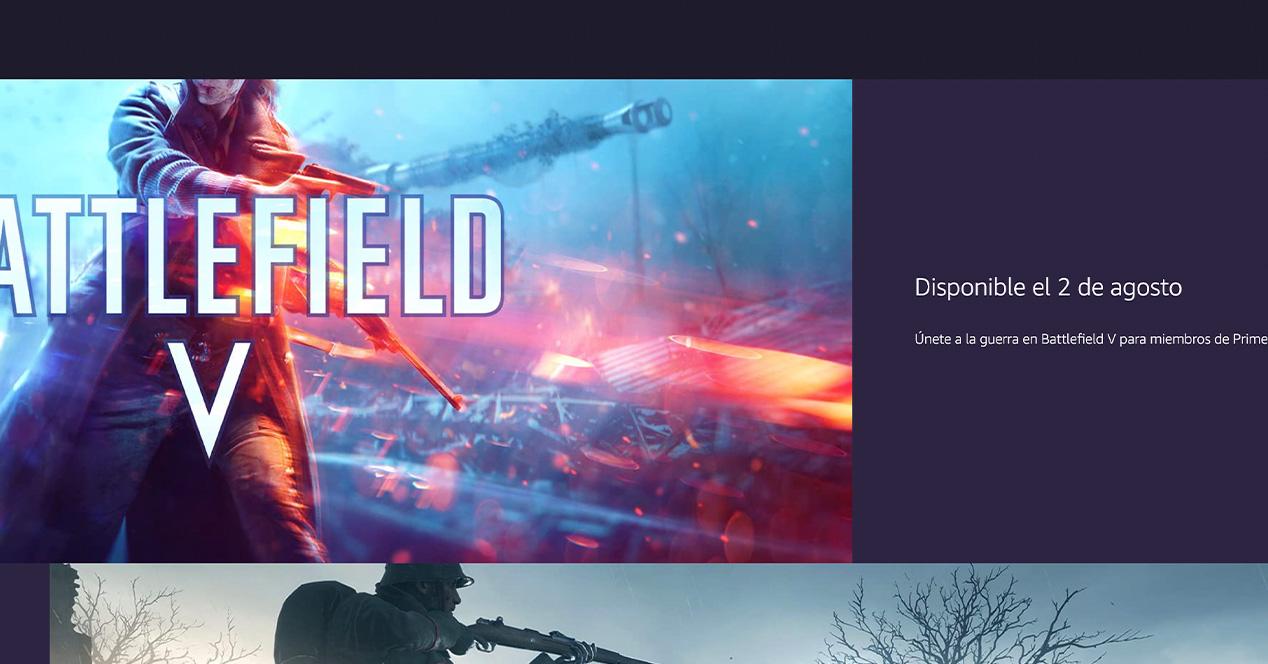 The interesting thing about the promotion is that it seems that in the next august The next game to land Prime Gaming is neither more nor less than Battlefield v, the last installment of the saga that arrives just in time to remember and prepare for Battlefield 2042.

If so, it would be one of the great gifts that Prime Gaming has given in recent months, so we will have to be careful so that the promotion does not escape us and we can include it in our library as soon as possible. You know, for pure collecting, nothing more.

In addition, with the delivery of Battlefield V, Amazon Prime Gaming would have given away Battlefield 3, Battlefield 4, Battlefield 1 and Battlefield V so far, so we would practically have the entire saga without having paid a penny. Not bad, right?