The presence of ASUS at CES 2022 has not gone unnoticed by anyone, and the manufacturer has come up with a proposal, in which we can see that gaming and high performance weigh heavily. We have already told you about many of the options of its ROG (Republic Of Gamers) and TUF families, as well as the ASUS ROG NR2201 gaming tablet, a device with a performance that has nothing to envy to many gaming laptops.

And we still have to tell, with proposals as interesting as the ROG Zephyrus DUO 16 and the ROG Strix Scar, which also has a 17-inch special edition with the necessary components to offer exceptional performance.

Back in October 2020 we had the opportunity to test the Rog Zephyrus DUO 15, a surprising proposal in a premium laptop, with high-end components and that stood out, without a doubt, due to its dual screen configuration. And today his relief has come with the ASUS ROG Zephyrus DUO 16, which updates its selection of components to continue offering a top-of-the-range option, which will satisfy not only gamers, but also content creators and other users who need great performance. .

The main change with respect to its predecessor is found in its engine, and that is that ASUS in this generation has changed Intel for AMD to get to a Ryzen 9 6980HX, the top-of-the-line APU introduced today by AMD, with its eight cores and 16 threads, speeds of up to 5 gigahertz and suitable for overclocking.

Regarding its graphic section, the Zephyrus DUO 16 is not short either, and ASUS has opted for another novelty that has also been presented today, the highly anticipated GeForce RTX 3080 Ti Mobile, NVIDIA’s top-of-the-line proposal for notebooks at the moment. The whole is supported by 64 gigabytes of 4800 megahertz DDR5 memory and up to four terabytes of PCIe 4.0 SSD storage in raid 0.

Another of its most notable novelties is found on the model’s screen with the technology Dual Spec Panel, which offers a really very interesting function, and that is that it allows you to switch between two modes: 4K with 120 hertz refresh rate Y FullHD, in which case the update frequency is raised to 240 hertz. In this way we can always choose the way that interests us the most for what we are doing at that time. 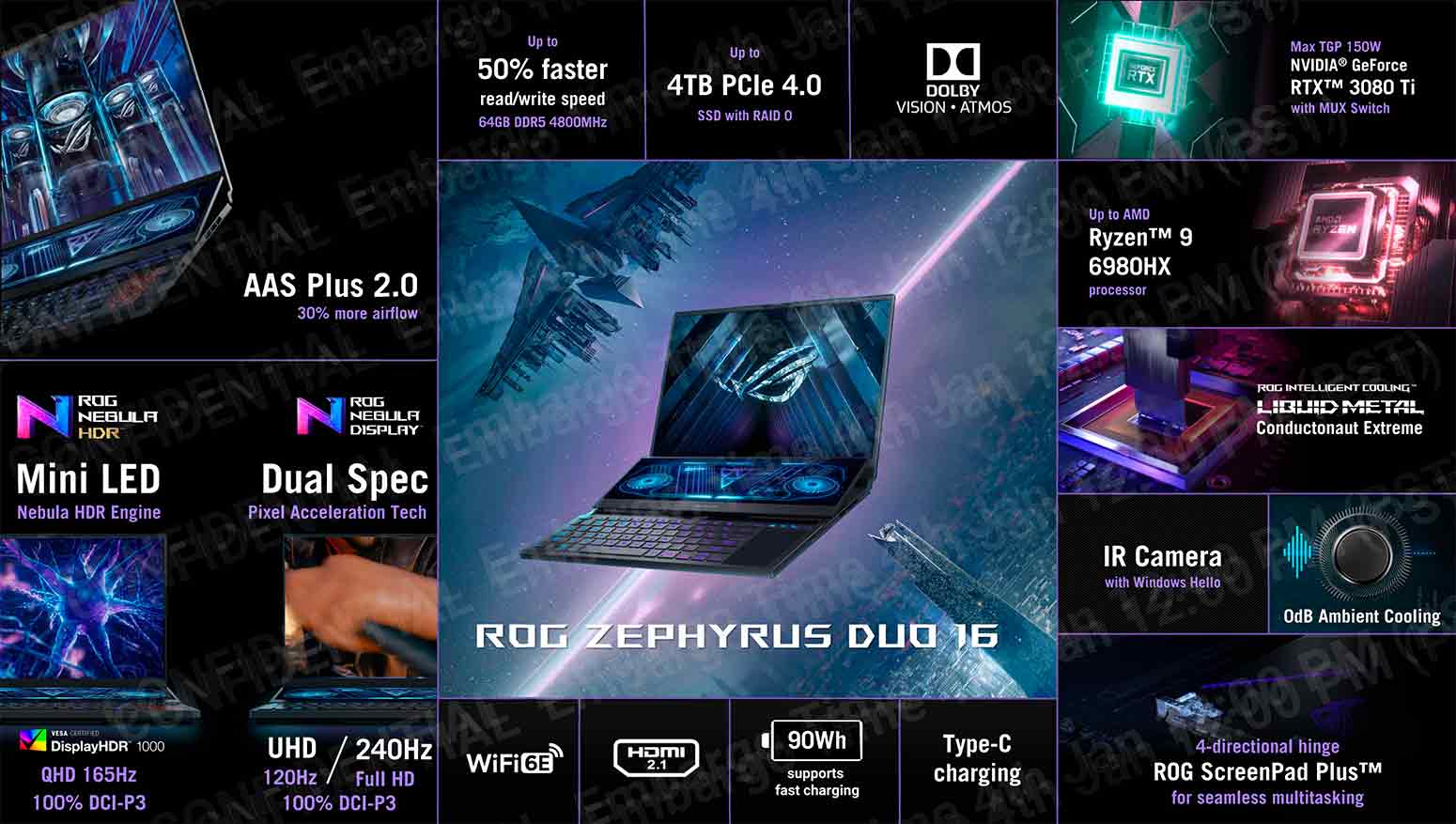 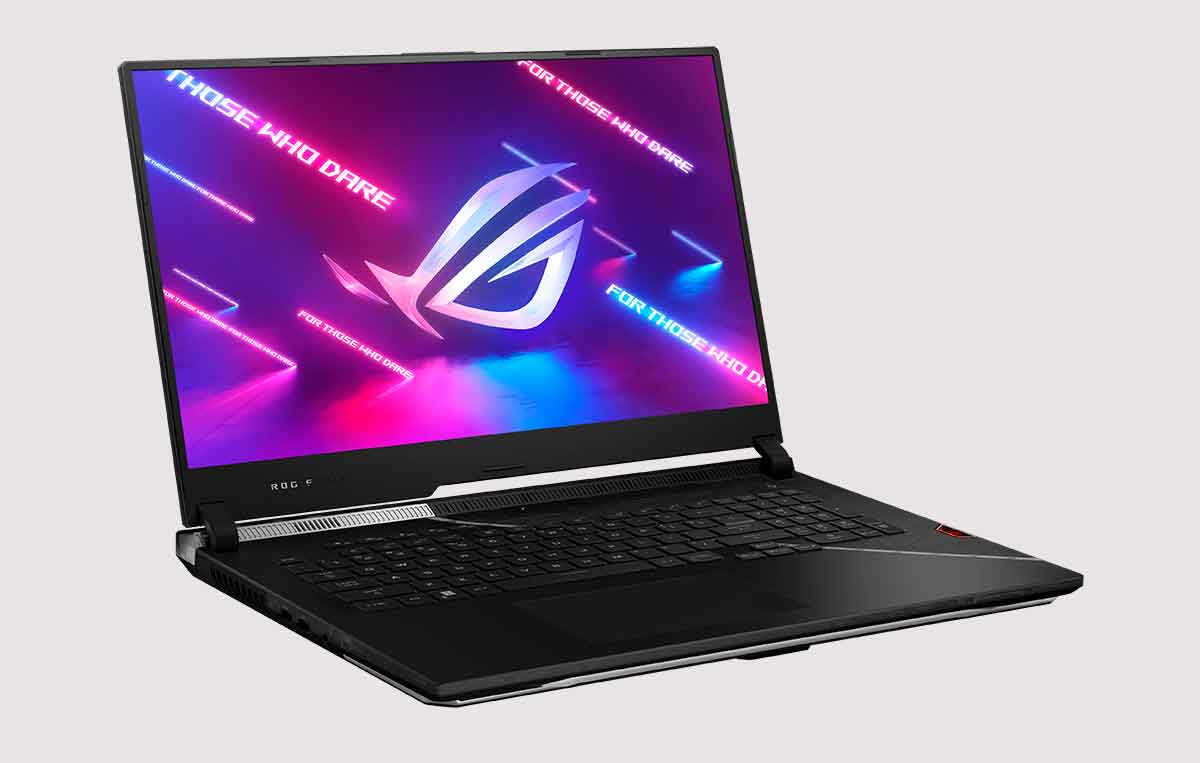 Here we also find an update, with which a family that we have already tried in the past take the leap to adopt the latest components and, in this way, remain one of the best options on the market in terms of performance. And it has undoubtedly succeeded, since some of its novelties, as in the case of the Zephyrus DUO 16, have also been presented today.

In 15.6 and 17.3 inch versions, the two most significant leaps are the adoption of Alder Lake-H, the twelfth generation laptop processors presented this afternoon by Intel, and which in the ASUS ROG Strix Scar can be up to a Core i9-12900H. As you may have already deduced, from the hand of these new processors we will also find support for the most important novelties of the twelfth generation for laptops, such as memory support DDR5, WiFi 6 and Thunderbolt 4.

The other great novelty that we will find in this generation of the ASUS ROG Strix Scar has to do with its graphic section, and that is that as we have already seen in the Zephyrus DUO 16, the top of the range will now offer us a GPU NVIDIA GeForce RTX 380 Mobile. The set is completed with up to 64 gigabytes of DDR5 memory And till 2 terabytes of PCIe 4.0 SSD storage.

To further squeeze the performance of its components, ASUS proposes a special edition of the 17-inch version, the ASUS ROG Strix Scar 17 SE, which for this purpose has a steam chamber heat dissipation system, which is integrated with the rest of the dissipation functions that we find in the rest of the models. 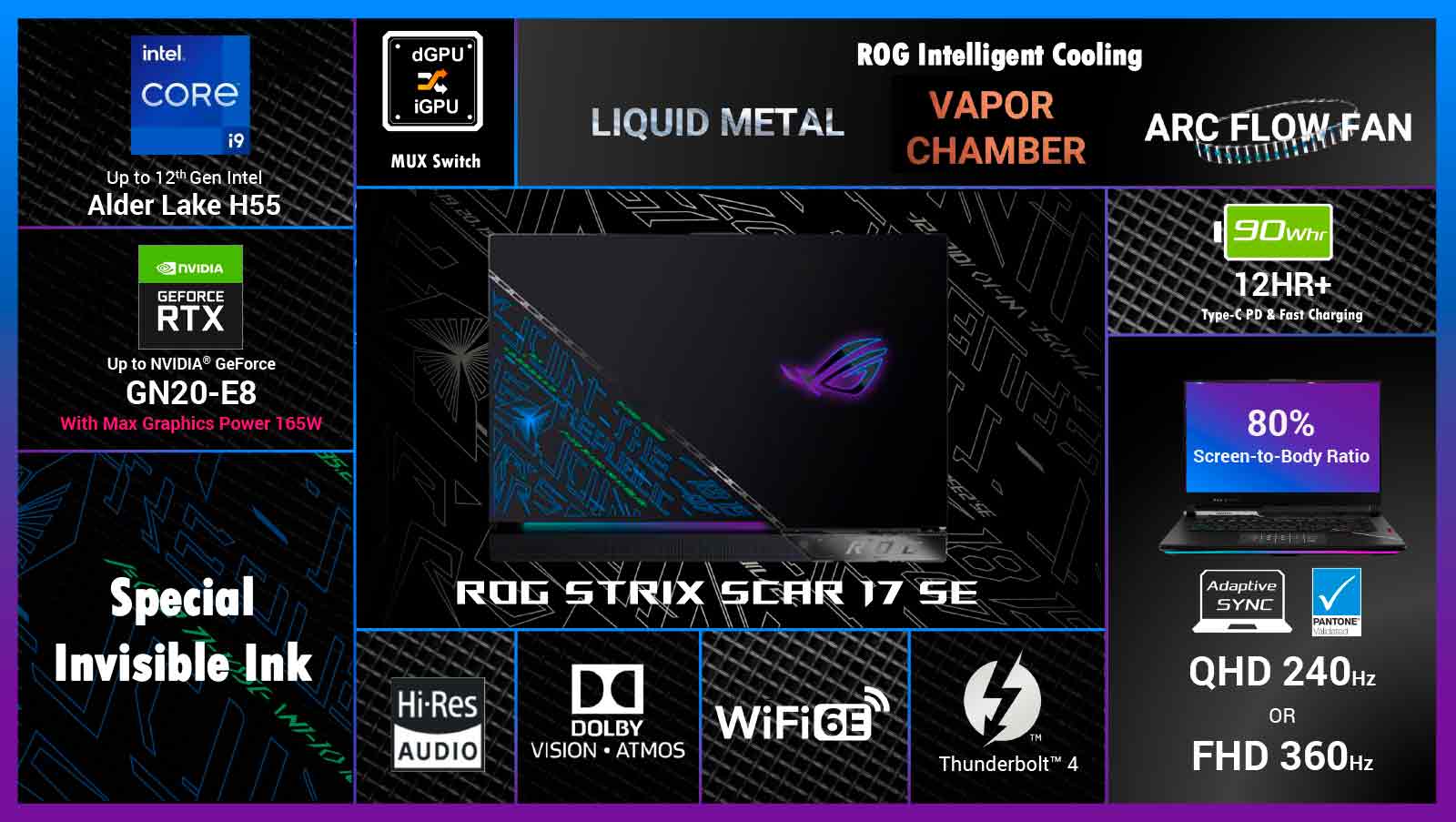 As you can see, ASUS ‘proposal at CES 2022 has been more than outstanding, and without a doubt we are already waiting for the arrival of all these devices to the market, to be able to start testing them. Daredevil season 4 on Disney+? The clues to believe in it 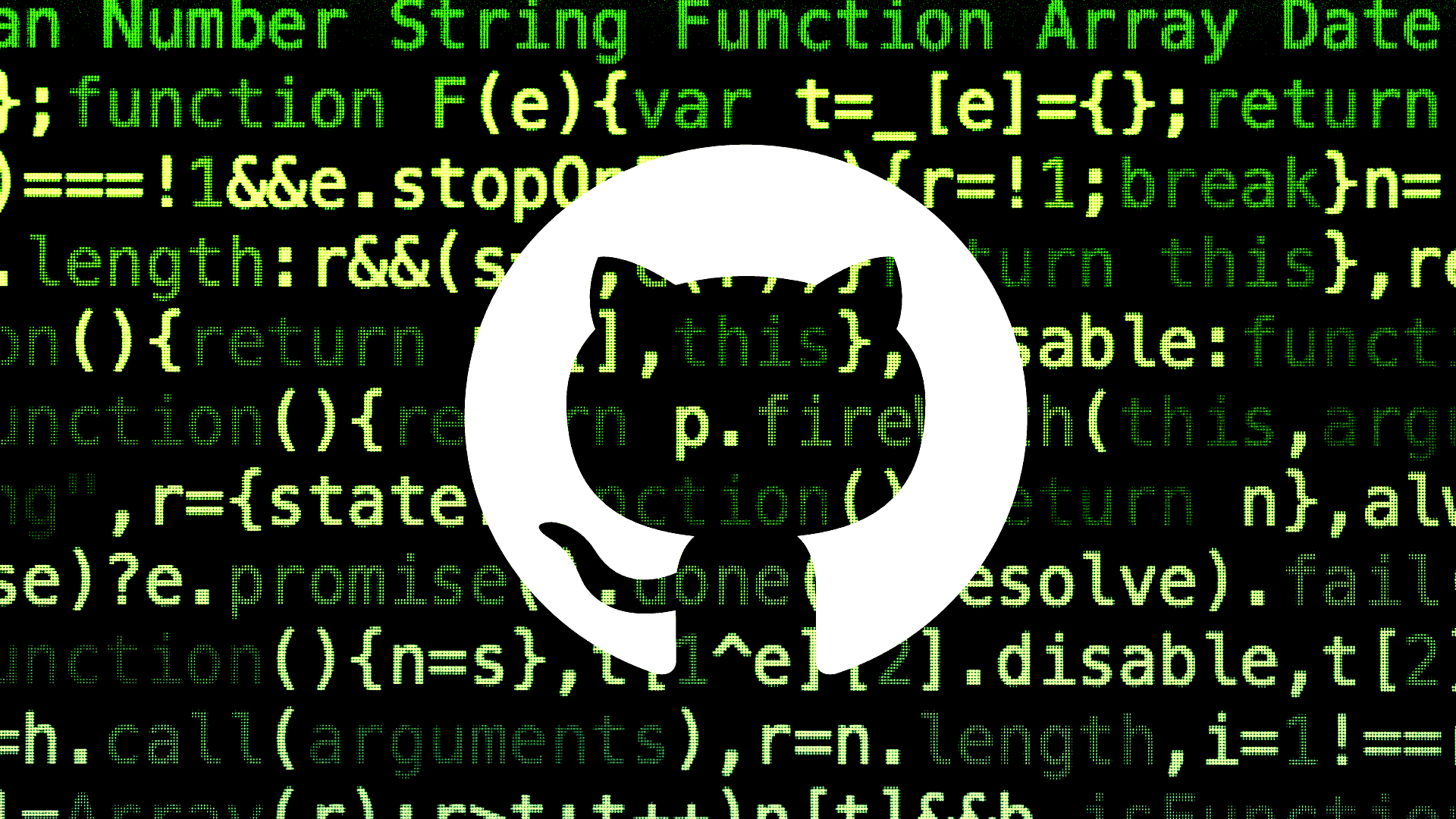