AWS has celebrated its event today, October 4 AWS Initiate 2022 in Madridthe first face-to-face event held by the company in Spain after the pandemic. Focused on the public administration sectoralthough it is also addressed to the educational and health sectors, and also to NGOs, has had the participation of the Secretary of State for Digitization and Artificial Intelligence of the Government of Spain, Carme Artigas.

Presented by Eva Labarta, AWS Public Sector ManagerArtigas has opened the conference giving some brushstrokes of the state of innovation and digitization in the public sector, emphasizing that «we cannot modernize the economy if public administrations are not modernized«, and if it is not done, «we will have a 21st century administration with 19th century processes«.

Artigas has pointed out that the Spanish public administrations, in the process of modernization and digitization, have to go to the cloud, «but not to any cloud, but to a hybrid cloud that complies with the regulationsa”. Obviously, because the administrations have to «take advantage of all the advantages of the cloud but without sacrificing security and privacy«. This means, as Artigas has emphasized, that «heSpanish data must be in data centers in Europe, with their backups in Europe«, and without the possibility of third parties having access.

Artigas has also offered various data on the contribution of the digital sector to the Spanish economy. Thus, he has stated that this sector «has gone from contributing 19% to Spain’s GDP to contributing 22%«, putting the Digital Kit as one of the great examples of how the modernization of the Public Administration can help the business fabric.

According to the data that the Government is considering, more than 65% of the companies that could request this kit have already requested it. Currently, the second call for this kit has been launched, aimed at companies with between 3 and 9 workers, and in one week around 35,000 applications have been received. In addition, Artigas has highlighted the increase in the position of Spain in the DESI Index (Digital Economy and Society) of Europe. Two years ago it was in position 11 out of 27, and currently it is in seventh, also rising five points in integration of technology in company processes.

The Secretary of State has also announced that they will soon publish the National Cloud Strategy for public sectors, and has confirmed that the State Digital Administration Agency will be created before the end of the year.

After the intervention of Carme Artigas, Eva Labarta has returned to the stage again to talk about the past, present and future of AWS in public services in Spain. The directive has offered in this framework various data on the situation of digitization in Public Administrations in Spain, collected in a study prepared by Public First. According to their data, it can be ensured that «Spain is well positioned in terms of digital governmentl».

The progress of administrations and companies towards the Digital Decade

Currently, 82% of basic services for citizens and 94% of those for companies can be managed in digital format. By 2030, the goal is that both citizens and companies can digitally carry out 100% of the procedures related to public services that are intended for them. In addition, about two thirds of citizens say they use electronic government services, and there is a greater adoption of them due to the predisposition of citizens.

Spain, however, will not reach the objective of having 75% of its companies have a presence in the cloud until 2050. Currently, there are 56% of SMEs with a basic level of digitization, compared to the 90% that is intended achieve, and 88% of companies say that technology has become more important in the last five years. However, Labarta acknowledges that it will be difficult to reach the basic digitization objectives set. On the other hand, there are already 575 Spanish citizens who have basic digital skills.

Public First has identified three barriers that make it difficult to achieve digitization plans: not knowing how to implement it, not understanding its benefits and not being clear about the cost of its adoption and implementation. Overcoming them is important, because if Spain can speed up progress towards digitization, according to the consultancy study, up to 145 billion euros of additional economic value could be generated by the end of this decade. This would lead to an increase in the size of the country’s economy of 13%.

In fact, if the objectives set by the authorities in the Digital Decade are achieved, more than 228,000 million euros in economic value could be generated in Spain, a figure that is equivalent to 21% of the economy. At this time, with the current situation, progress is already being made to the generation of 83,000 million euros in economic value by the end of this decade.

55% of the impact that the Digital Decade program can have depends on cloud technology, and this is where cloud providers come in, such as AWS, which has already trained more than 100,000 people in the cloud since 2017. To do this various training programs have been launched, aimed not only at companies and citizens, but also at students.

Labarta has emphasized the support of AWS to Spain in the Digital Decade in various aspects, but without neglecting sustainability. Thus, he has recalled that the AWS infrastructure is five times more efficient in terms of energy than the average data center in Europe, and has ensured that AWS performs a task with 81% less energy than the average data center from Spain.

It has also announced the next launch of the ATO program (Authority to operate), which aims to help its customers meet security and compliance regulatory requirements on AWS. They initially count as partners for the program with Atos, Minsait, NTT Data, Telefónica Tech and T Systems. They will not be the only ones, since they are already in talks for other companies with proven experience in regulatory, security and compliance environments.

With this program, AWS aims to collaborate in accelerating regulatory and compliance processes, in addition to reducing its economic costs and the time spent on audits.

After Labarta’s intervention, a round table, moderated by Ángel Herrero, from the AWS Public Sector team, on innovation. Participating in it were Jorge Íñiguez, Deputy Director of Innovation at ONCE; Victor Rodrigo, Deputy Director of Information Systems and Digital Kit at red.es; Antonio Urda, Vice President of hospital operations of Savana; and Pedro Ruiz, Vice-rector for Strategy and Digital University of the University of Murcia and Secretary of CrueTIC. 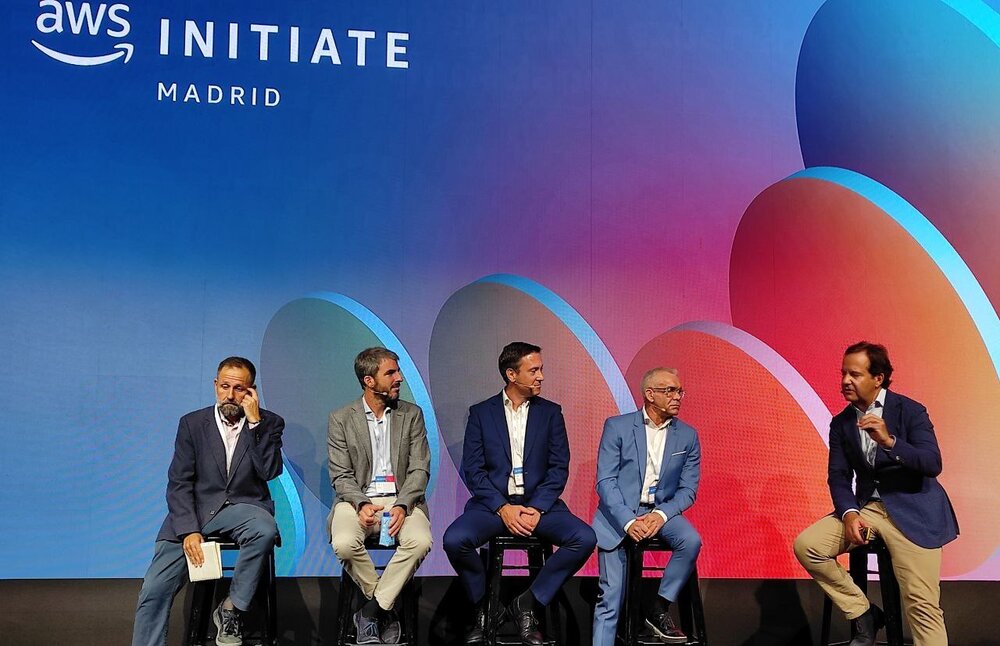 The participants in the debate, all representatives of public and private institutions in Spain, have pointed out how innovation has made progress in their respective sectors: public administrations, education, NGOs and health. They have also provided details on various use cases and situations in which the adoption of digitization, which in many cases the citizens themselves demand, has advanced both the organizations they represent and the sector they work in.

After the talks and debates, AWS Initiate continues with several talks, sessions and workshops, both technical and management, on digital transformation, digitization and innovation in various sectors. Especially in those related to education, health and public administrations.

Intel Sapphire Rapids will hit the market on January 10, 2023

70% of Spanish SMEs will invest in digitization, before 2025

The best organizations in citizenship, business, country and data value are recognized in OutThink 2030