It is just the first week, and more specifically the first Friday of December, where the last great releases of the year are already concentrated, just in time to face the Christmas campaign after Hurricane Black Friday. So we wanted to bring you all those last-minute names that you are going to find on store shelves, just at this time when the most familiar and endearing holidays are getting closer and in which a good gift always has video game form.

A week of real games

And the truth is that we finally have the arrival of some names that we were waiting for all with authentic devotion, and that we will finally be able to play now taking advantage of the dates in which we usually enjoy more free time. Look at everything that lands this week on both computers and consoles.

Surely you have heard of him. The spiritual continuation of the proud dead space from more than a decade ago. Not in vain, it has been developed by a large part of the team that formed Visceral Games at the time, so we can expect a similar portion of space desolation peppered with monsters and deformed creatures born from the worst of nightmares.

This new game inspired by the heroes and villains of Marvel arrives this week offering a much more type of game roleplayer, with many phases of action, an infinity of characters based on the comics and that invites us to create a protagonist with his own characteristics called the Hunter.

Another of the most anticipated releases of 2022. The return of a saga as well known as need for speed, that celebrates neither more nor less than 28 years among us since it appeared for the first time in 1994 for 3DO. Now, with a completely revolutionary graphic aspect and the intention of Electronic Arts that it last over time, as FIFA. You want to play it.

Five years ago, in 2017, the first game surprised locals and strangers for its fun approach where we take the role of a gossip who breaks into the neighbor’s house to discover his dark secrets. Now comes the continuation, from which we hope that everything good that we experienced in that first development will be improved.

Surely you all remember the Data East arcade machine from 1991 from Joe & Macwhich had countless conversions for consoles of the time and which delighted those who yearn for those old coin op for two players. Well, 31 years later comes this new version of the original game which, as you can imagine, has improved the graphic aspect and some gameplay functions, which have been updated to current customs. If you have this franchise on a pedestal, there is nothing left to revive it as it deserves.

Save money by sharing your Disney+ account, but don’t forget to activate this

Having trouble using the Xbox controller on Windows? solve them 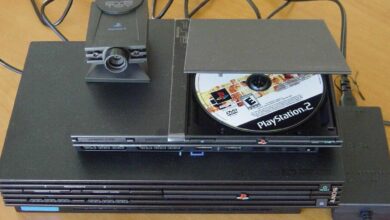 PS2 Mini, the retro console that we all long for, but what does not arrive