It seems like yesterday that GeForce Now debuted. And although you have to look a little further back, it was not that long ago since the debut of DLSS 2, the first big review of Deep Learning Super Sampling, NVIDIA’s technology based on artificial intelligence and that, as we already said at the time, offers a huge leap in performance from the RTX 20 and RTX 30 series graphics adapters with all compatible games. And this, as we have been telling you for a long time, is a list that does not stop growing, something that also happens with the games compatible with GeForce NOW.

And we will start with the latter, since today we have learned of two new games that, as is tradition, will be added this Thursday to the compatibility with the NVIDIA online gaming platform. As you know, GeForce NOW allows you to play in the cloud those games that you have previously purchased on Steam, Epic Games Store and other stores compatible with the service. You will only have to log into it with your credentials and, automatically, all the games that you have purchased and that are available on the service will be available on the platform.

GeForce NOW is offered in three subscription tiers: Free, Priority and GeForce NOW RTX 3080, and currently the list of supported games is really extensive, as you can see here. And as I was telling you, today six new titles are added, among which Jurassic World Evolution 2 stands out, which just two days ago was also added to the list of titles compatible with DLSS 2 and Bright Memory: Infinte, which today makes the leap to both platforms.

Here are the six new games supported by GeForce NOW:

In terms of DLSS compatibility, we have three new titles added to the list: Battlefield 2042, Grand Theft Auto: The Trilogy and Bright Memory: Infinite, which, as we have already told you, also joins GeForce NOW.

In the case of Battlefield 2042, users of GeForce RTX 20 and RTX 30 cards will see a very marked improvement, since your performance will be doubled when playing at 4K resolution, while latency will decrease by 28%. And even more striking is the improvement with the reissue of the classic titles of the GTA saga. And is that the activation of DLSS will translate into an increase in performance that can lead to a jump of 85%.

However, the most notable case is the one we observed in Bright Memory: Infinite, and as you can see in the table, playing it at 4K resolution and with maximum quality settings on a system equipped with a GeForce RTX 3080 Ti will be a completely different experience: 36.8 frames per second without DLSS, which become a very round 100 fps when using the resampling system based on NVIDIA AI. 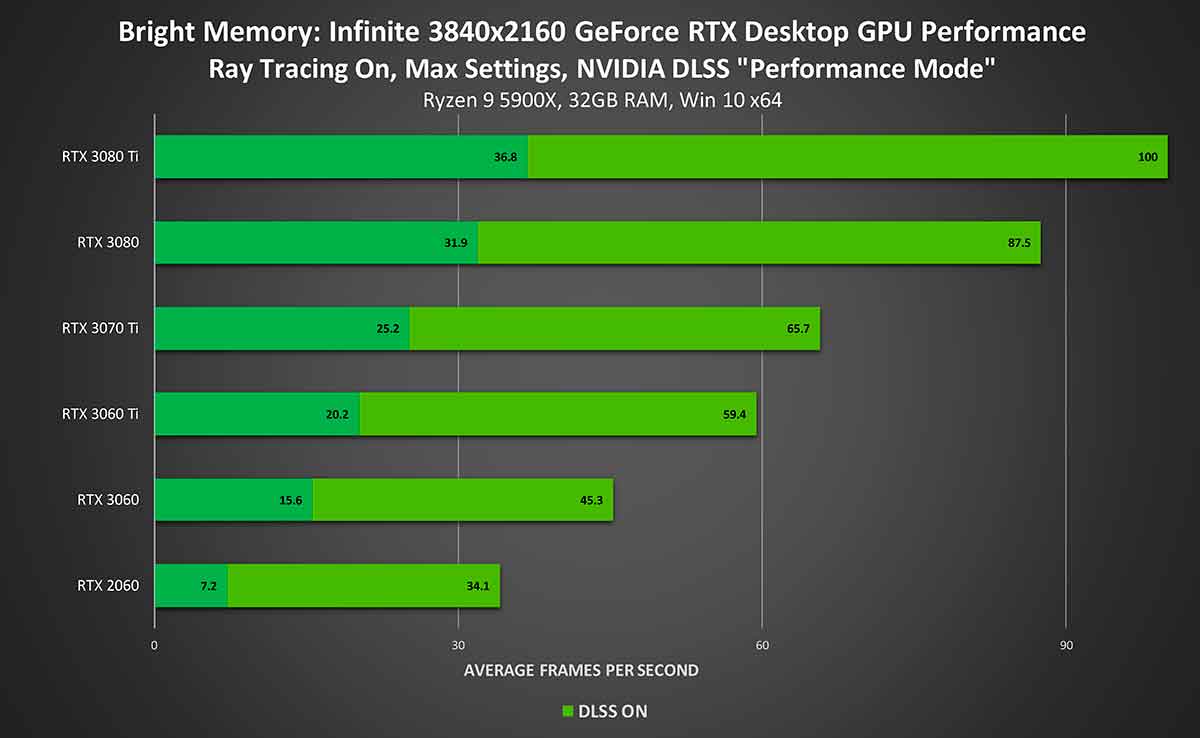 As we have already told you, DLSS 2 is compatible with the last two series of graphics cards from NVIDIA. Here you can review the models available in PcComponentes for both RTX 20 and RTX 30. As you already know, the graphics card is a market that is experiencing a situation of high shortage in recent times, so If you are thinking of upgrading your GPU, we recommend that you check these links regularly.

What did Android look like at the very beginning?

How to create your charging base for Apple Watch with LEGOs