Online shopping is becoming more and more common. Whether on Amazon, or in third-party stores, more and more of us spend money in front of the computer to receive packages at our doorstep. As long as we buy from trusted websites, there should be no problem. However, there is a small chance that after a purchase the order may not arrive at our doorstep. So what should we do in these cases?

The reasons why we may not receive a package are very varied. The problem may have been at the origin, and the store has not sent it, that there is a delay in the courier, that it has been stopped at customs if it was an international shipment, or even that it has been lost. Whatever the reason, as long as we have contracted a shipment with tracking and insurance (something we always have to do) we will be able to resort and we will not run out of money.

Let’s see how to act in each of the situations.

The store has not sent the package

When we buy, and pay, the store prepare our shipment to be able to send it as soon as possible. However, the preparation of the package can be conditioned by several variables. For example, stock problems, or problems with the courier itself. On certain dates of high volume of orders, even the preparation can take longer than necessary.

If we see that the package has not left the store, who we have to contact is them. They will directly give us more information about the status of the order and, if in the end we do not want to wait any longer, we can cancel it As long as it hasn’t been shipped yet.

Package sent but not delivered

Once the company has sent the package, the responsibility no longer falls on them, but rather on the courier. These are the ones in charge of taking it from origin to destination. Thanks to the tracking number we will be able to see through which countries (or cities, if it is a national shipment) the package has passed through and an estimated delivery date.

There are couriers that work very professionally, but, we know very well, that there are also others that work very poorly and stand out for not delivering packages, losing them by “accident”, and mistreating them. So what happens if there is a delay, or the packet is lost? 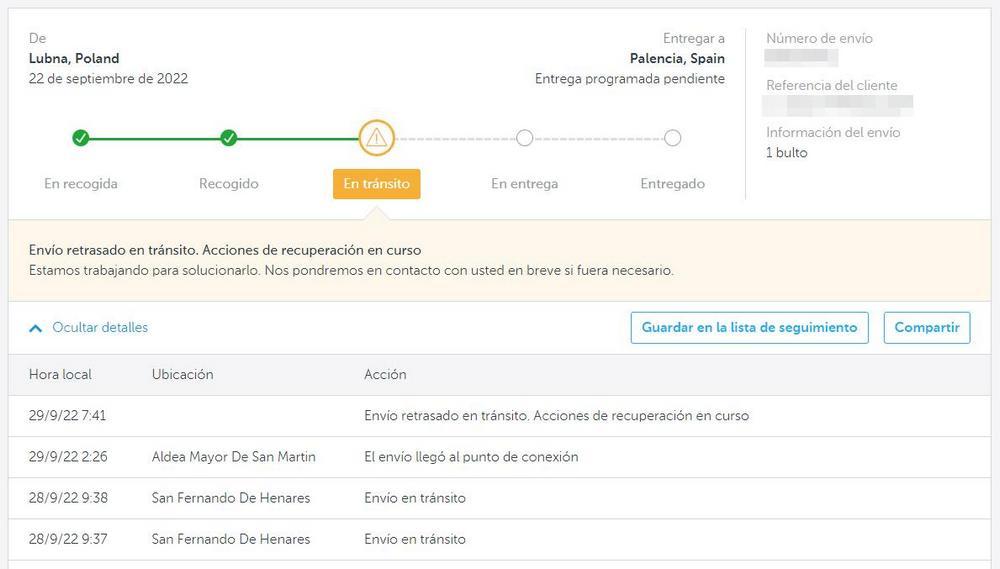 What to do in this case? with the tracking number, call the company’s customer service for them to try to give us a solution. We can also contact them at social networks (where a “kind” tweet usually helps), as well as, if we want, also with the seller so that he is the one who contacts them and manages the location of the package.

For these cases, it is vital to make sure we have follow-up and insurance.

The package has been delivered, but not to me

Some couriers have a bad habit of leaving packages for neighbors without asking. And it is impossible to know if we get along with them or not, which is a problem.

As the signature is always requested, in the event that a package appears as delivered, but it has not been left for us, we will have to go back to the courier company to see who it has been left for. And, if it does not appear, it will be time to start a long process with which to demonstrate that they have not left it to us, but to another person.

The price of hardware will plummet: nobody buys a new PC anymore