Several retailers have listed the Intel NUC 12, a new generation of mini-PCs that as the biggest novelty will debut the dedicated graphics of the brand itself, Arc series. Although Intel hasn’t officially announced these models, retailer bookings indicate a release in a few weeks.

Intel will market at least three new series of these minicomputers with Arc graphics cards: Dragon, Alder and Serpent Canyon. We are talking about the dedicated M-series graphics (those intended for laptops), since the desktop versions will be reserved for the “Extreme” models that are not yet going to be marketed.

The Intel NUC 12 “Serpent Canyon” will be the first to appear, probably in September, and are focused as a high-end version focused on games. If until now Intel has combined its processors with dedicated graphics from other providers (mainly NVIDIA) this model is committed to “keeping everything at home” and incidentally, taking advantage of the company’s return to the dedicated market.

With these components the equipment should offer very good performance. Logically, while maintaining a compact size, it is larger than a typical NUC (12 cm) and is expected to occupy a volume of 2.5 liters. Their connectivity It is not bad at all and will include the following on the front and back: 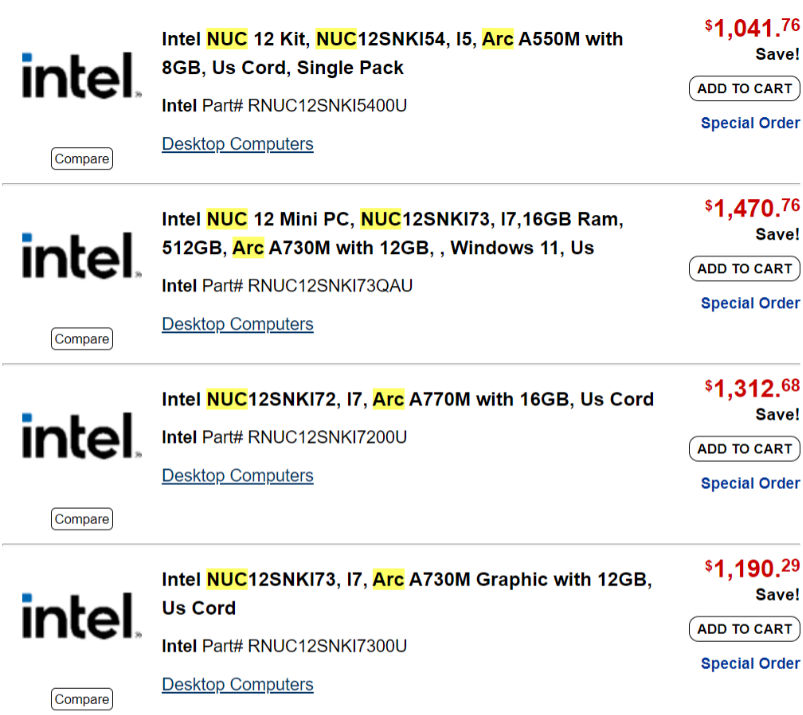 It is certain that the official prices set by Intel will be more restrained than not cheap. In exchange, the user will take home some NUCs that are the great industry reference in mini-PCs, standing out for its integration of components, compact size, performance and good connectivity. All NUCs can work with Windows and Linux.

Asus: some motherboards melt due to a reverse capacitor

The Xiaomi 11T at only €1 at Bouygues Telecom

Final Fantasy VII celebrates its 25th anniversary: ​​a look back at the RPG that introduced the series to the world

Resident Evil 4 Remake will be scarier than the original, and will expand Ada Wong’s missions