That Minecraft is one of my favorite games is known by anyone who knows me a little. Moreover, sometimes I am so, so heavy with the creation of Mojang, that there are probably people who do not know me at all and who, even so, know the taste I have for a long time for the game of cubes . And I can say that I should not be the only one, because despite his seniority, he continues to add sales that, for a long time, they keep it as the best-selling game ever.

And if we talk about its antiquity, today is a particularly remarkable day, since Minecraft is 10 years old today since its launch. And yes, yes, I am aware that perhaps that date is not familiar to you, and that you think that this one occurred in 2009. To clarify this point, it is best to remember the three dates related to the launch of Minecraft:

So, yes, it is true that Minecraft could be tested since 2009, but the release of the final version occurred just 10 years ago.

In these 10 years, the evolution of the title has been more than remarkable, something to which must be added the policy first of Mojang, and later of Microsoft, of that all Minecraft updates are free for its users. And we must not forget that we are talking about a game whose price is around 20 euros, while other titles with three times that price, pose many of their updates as DLC, obviously paid.

At this point, I must clarify that I am talking about Minecraft Java, which is the version that is 10 years old today. However, this policy is similar in Minecraft Bedrock, and that its users also enjoy how many updates are published without having to go through the checkout again. I still remember the time when Microsoft acquired Mojang, and many users thought that this would not be the case. However, the Redmond have respected the policies of the study they acquired and, even more, he has been able to continue working independently, instead of having to be integrated into the Microsoft framework.

Probably the only change in this regard, and one that is currently taking place, is the migration of Mojang accounts to Microsoft accounts, a process in which users obtain, free of charge, a cape for their character. For the rest, and at least for the moment, everything continues to work exactly the same and, against a fear that began to circulate when this change was announced, the launchers unofficial ones that have been adapted work flawlessly with new accounts.

And what has been the Minecraft update rate? The latest version published, so far, is 1.17.1, that is, in 10 years it has had no less than 17 major updates. It is true, yes, that some have included few new features, but others have completely changed the game experience, adding new mechanics, new biomes, NPCs, materials, constructions … Sometimes, the simple jump from one version to the next is already a big change, so imagine what has been added in these 10 years and these 18 versions.

And what better way to celebrate your birthday than with a release date? Over the past few months we’ve been keeping track of the Minecraft 1.18 trials, and we finally know that the final version will debut on November 30, somewhat ahead of the forecasts, which pointed to the beginning-half of December, just before the Christmas holidays begin.

Mark your calendars, and start practicing your awestruck gasps: Caves & Cliffs: Part II releases in all its natural splendor on November 30th!

Regarding this announcement, I do have to say that I am heartbroken. Why? Well, because finally Caves & Cliffs Part 2 it will not have everything we expected in the beginning. Mojang has decided to postpone elements such as the fearsome Warden, the wireless redstone or the utility of the goat horns. On the other hand, we will find the rest of what was promised regarding the mountains and, above all, the caves, including the changes in the Y coordinate, which will already reach the -64 layer.

It seems increasingly clear that, when the announcement of Minecraft 1.17 Caves & Cliffs Update occurred, there was an excess of ambition and / or confidence, which finally could not be maintained over time. We saw it first, in April, when the Caves & Cliffs split into two parts was announced. And now, with the confirmation of the news of Minecraft 1.18 that we can read in the official blog of the game, what they already told us in Minecraft Live last October is confirmed: we will still have to wait until we can enjoy everything announced in October last year. 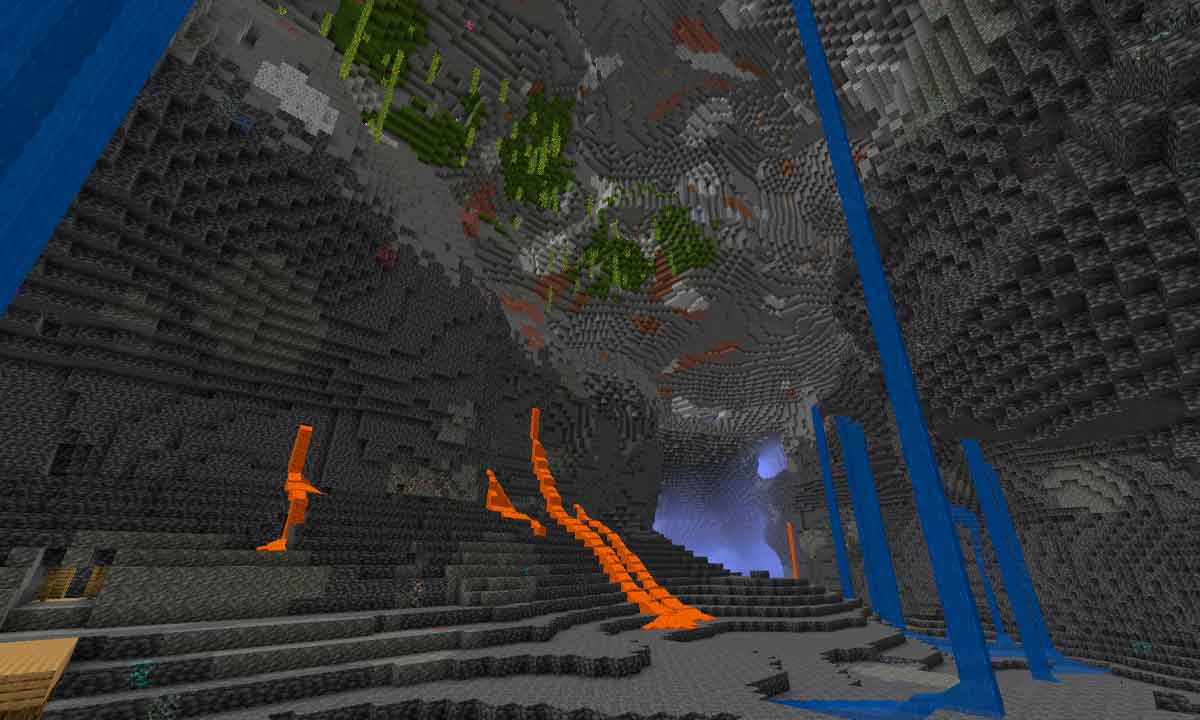 And I say it breaks my heart because, of course, on the one hand, and as a Minecraft player, I was looking forward to the new features. What’s more, I have a small server shared with good friends, who wanted to update it to 1.17, and yet they agreed to wait for 1.18 because I asked them to wait for all those news. I think the planning has failed, and by far, so in the end some of those functions will arrive more than a year behind schedule. And one year, in this context, seems like a long time to me, too.

Now, in recent days the terrifying work culture of Activision Blizzard has returned to the forefront, in which the so popular and lamentable crunching it was also very present, something that seems to be endemic in the sector. However, and against this majority trend, the development of Minecraft, with Agnes Larsson at the helm, puts the health (in every sense) of its workers before the fulfillment of insane dates.

Personally, if I have to choose between the management styles of Agnes Larsson and Bobby Kotick (I even find it strange to see the two names together), I don’t hesitate for a split second to side with LarssonAlthough that means I still have to wait a few months for the Warden to arrive. Of course, and I tell you (if you ever read me) with all the love and respect in the world: improve your planning tools, do not put my teeth long again. But on top of that, keep taking care of Mojang’s team the way you do, that’s the most important thing.

“Piracy as a service”, the new threat to Hollywood and Netflix