This new series of QNAP TS-X73A NAS servers consists of the 4-bay TS-473A, the 6-bay TS-673A and the 8-bay TS-873A to accommodate hard drives or SSDs inside. Depending on the storage needs you have, you can buy one version or another, yes, all of them have exactly the same technical characteristics in terms of processor, RAM, Multigigabit connectivity, expansion possibilities with PCIe slots etc. They are all exactly the same except for the number of main bays, and also their size and weight, which logically changes depending on the number of bays we have available.

The QNAP TS-473A server has a processor AMD Ryzen V1500B, a processor that has 4 cores and 8 threads at a speed of 2.2GHz, also incorporates AES-NI hardware encryption acceleration, therefore, we can transfer data at high speed with secure protocols such as FTPES or SFTP among others, since we will also notice a great performance if we have encrypted internal disks or if we have specific encrypted folders. This processor does not have a GPU, but we can install a graphics card to this NAS server through one of the two PCIe 3.0 x4 ports that we have available.

This processor is not the most powerful in the AMD Ryzen range, but it is very balanced in terms of price and performance, in addition, it is compatible with ECC RAM, that is, RAM memory with error correction, ideal for using the system QuTS Hero operating with the ZFS file system.

This NAS server comes with 8GB of DDR4 ECC RAM by default, however, it allows its expansion up to 64GB RAM ECC (2 x 32GB configuration), since it incorporates a total of two RAM slots, so we can install two modules. Depending on your needs and the use you give the NAS server, you can expand by an additional 8GB and have 16GB in total capacity which is more than enough for everything to work correctly, except if you enable ZFS deduplication because this does consume a lot amount of RAM.

This new NAS server has a total of 4 bays to accommodate 3.5 ”hard drives, but we can also install 2.5 ”hard drives or SSD drives in these bays to house the disks. In the case of installing SSD drives, we can use them as data storage, as SSD cache and even as tiered storage with QNAP’s Qtier. Another important feature is that it allows the extraction of disks hot, in this way, we can insert or remove disks whenever we want without having to turn off the NAS server. There are NAS servers that have a system to avoid opening the bays inadvertently, in this case, we have a key to block the bays of the hard drives, with the aim of not being able to unintentionally remove these drives, and avoid the loss of data.

Internally, this NAS server has 2 M.2 NVMe slots for installing NVMe SSDs high performance and greatly accelerate the overall performance of the system, in this way, we can transfer data at a high speed thanks to these ultra-fast SSD drives. Logically, these NVMe SSD units do not come with the NAS server, but they do come with small heatsinks that we can place just above the SSD controller in order to keep it as cold as possible, and that we do not have a speed drop due to excess temperature which is completely normal for these fast NVMe SSDs. 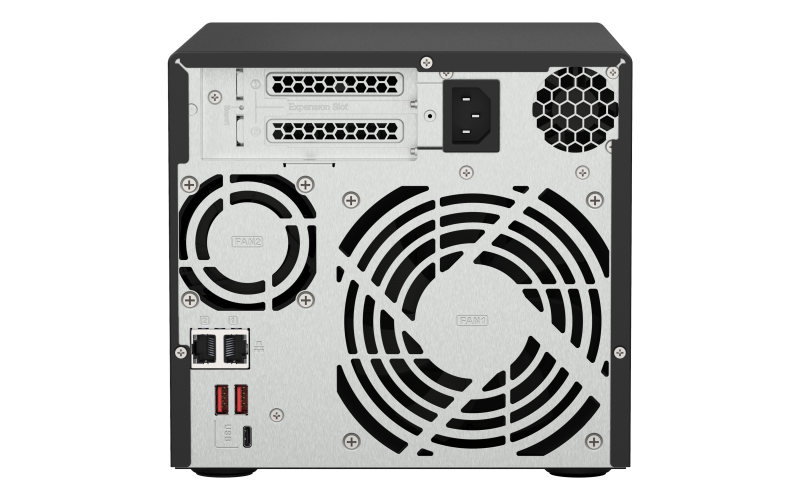 This NAS server has two PCIe 3.0 x4 ports inside, to get to them we will have to remove the NAS server casing and even remove the power supply, once we get to its PCIe ports, we can click on different types of expansion cards QNAP currently has:

As you can see, this NAS server at the hardware level is really complete, above all it is very balanced.

What we liked the most about this NAS server is that QNAP allows us to choose between the QTS operating system and the QuTS Hero. The QTS operating system makes use of the EXT4 file system and the typical RAIDs, but the QuTS Hero operating system has the ZFS file system which is the most advanced currently available, and which is specifically designed to maintain the integrity of all data. the best possible. Thanks to the incorporation of ECC RAM memory (with error correction) we will be able to make use of ZFS and make the most of all its possibilities: 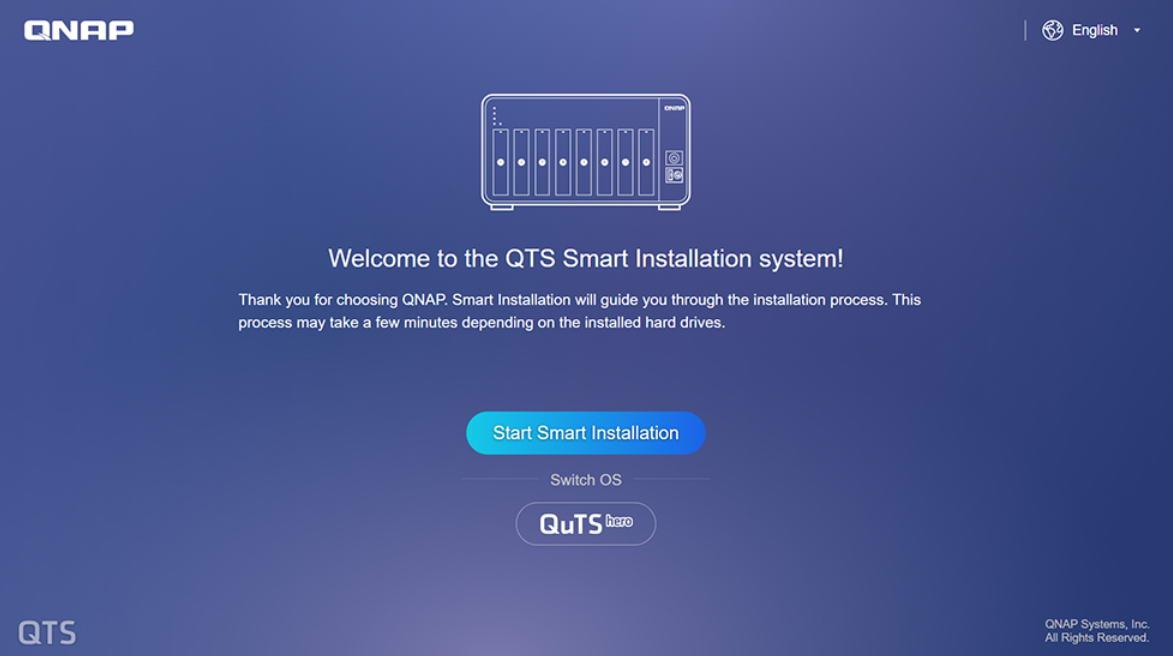 Regarding the software that we will be able to install on this operating system, regardless of whether you choose QTS or QuTS Hero, you will be able to use the SMB, FTP, FTPES, SFTP servers and all the additional software that we can install through the App Center, including Virtualization Station and Container Station to configure different Docker and get the most out of the hardware.

In RedesZone we currently have in our test laboratory the QNAP TS-473A NAS server with 8GB of RAM, a high-performance equipment that is already providing us with outstanding performance, and we have a very balanced hardware with an excellent operating system such as QuTS Hero using the ZFS file system. This NAS server is aimed both at home users who want to have a high-performance but low-consumption server, and also for small and medium-sized companies, because the possibilities of expansion through expansion cards are very numerous, and it is that we can install up to 2 expansion cards through its PCIe 3.0 ports, in addition to having a large amount of storage thanks to its four bays to house hard drives inside, and, of course, we must not forget the two slots to install SSD M .2 NVMe to use as an SSD cache.

In the following video you can see in detail the unboxing and first impressions of the NAS QNAP TS-473A, we will explain in detail all the technical characteristics and possibilities of this server, you can also see the quality of the materials, the bays to house the hard drives , and we are even going to teach you how to disassemble it to access the internal components to install the NVMe M.2 SSD units inside, finally, we will show you what we have to do to install the expansion cards in its PCIe 3.0 x4 ports as the power supply must be temporarily removed for smooth access and puncture of the card.

Soon in RedesZone you will be able to see the complete analysis of this NAS server making use of different configurations, using different network protocols and also all the configuration options of the QuTS Hero operating system, because it is the first time that we will test this new operating system with the system of ZFS files that QNAP has embedded.

How to encrypt any folder in Windows

Why is the VPN slow and how to fix it