The smartphone for Snapdragon Insiders

When Google launched its first mobile phone in collaboration with HTC, the Nexus One, the idea was very clear: they wanted to show other manufacturers what the Android experience should be. And incidentally, they offered developers a tool on which they could build their applications and experiences.

Well, what Qualcomm does this time is something similar, but rather at the hardware level. The company that manufactures the processors used by most mobile phones today except for those that bet on Mediatek or are capable of launching their own chips such as Samsung and its Exynos or Huawei and its Kirin. Not forgetting, of course, Apple and its AX.

The brand’s new phone is a demonstration of its technological capacity when it comes to creating processors that give life to all the capabilities that smartphones offer today, including 5G connectivity. Although it is somewhat curious that they have not opted for the latest chip available, the Snapdragon 888x, and chose the Snapdragon 888 5G. 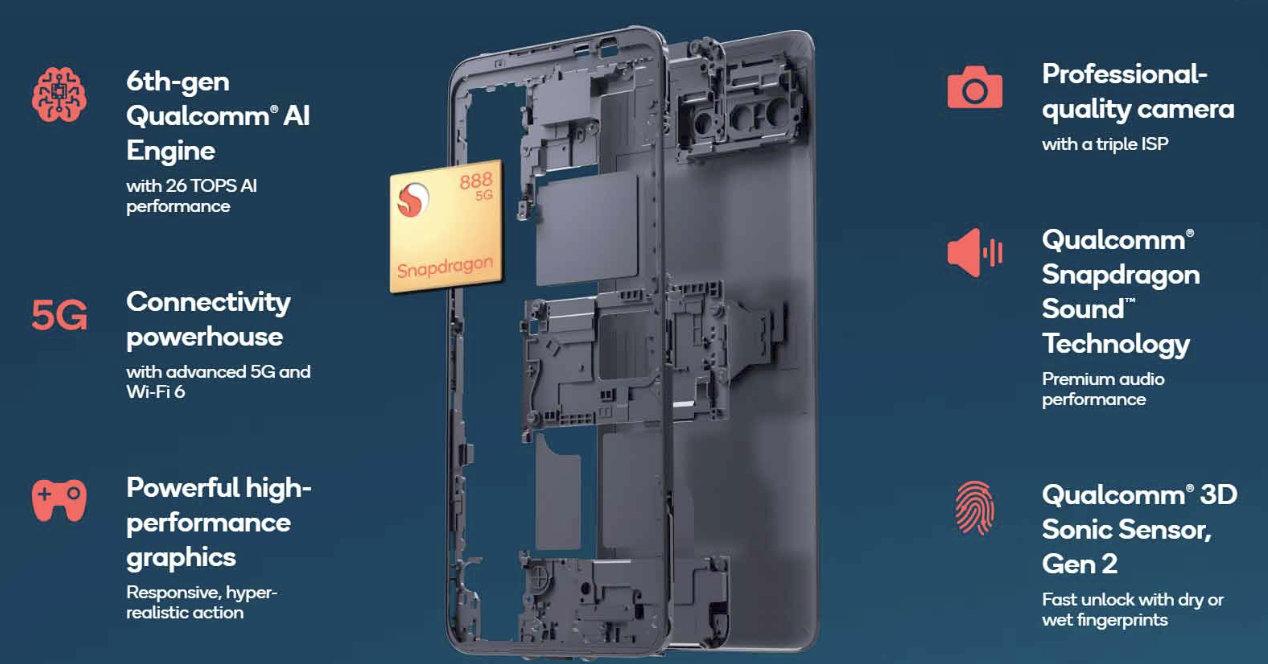 However, in other characteristics they are at the level of a high-end terminal and include the following:

With all this, as you can imagine, what they seek is to offer what, according to them, would be the most complete experience in hardware and associated technologies. Also, it would look vitamin for a version of Android 11 without additives.

If all this were not enough, the phone would arrive with True Wireless headphones signed by Master & Dynamic that together with Snapdragon Sound technology could be the most interesting. The problem is or would be the price.

While Google opted to offer those first phones at an outrageously low price, here the opposite occurs and the cost of the device would be 1,299 euros and it can be obtained only in some countries.

Does such a phone make sense?

That is the question that one asks yes or yes as soon as you see the proposal and its characteristics. The answer? Possibly not, not even being a big fan of Qualcomm and its Snapdragon. And even the high price may not be the biggest problem.

Compared to him Asus Rog Phone 5 Ultimate is basically the same phoneOnly for some extras like that Snapdragon Sound technology, its price goes up about $ 300. But it also loses in sections such as the battery, which is less; the fingerprint reader under the screen or the 3.5mm Jack connector for audio. Although for some, having a telephoto lens instead of a macro may be more interesting.

Logically here Qualcomm does not want to make a profit from the sale of said hardware, but if they wanted to demonstrate what their processors and technologies are capable of, then it would have been better to further limit the number of users who could acquire it and sell them at a lower price. So that they can then tell the benefits of some chips that fight to remain relevant compared to the rest of the proposals that are appearing.

The dance is over: TikTok is down and not working

TikTok Stories: the copied now copies the stories without objection