This week we have an important appointment with Realme since the manufacturer is going to present its new range of mobile phones, in addition to the Realme TV X Full HDa smart TV that points to ways to be the new alternative to Xiaomi in the entry range.

We have already seen other televisions of the firm, like its multimedia player with Google TV. And now it seems that they are going to present two new models to compete with Xiaomi’s low-end. We talk about the Realme TV X Full HD in 40 and 43 inch versions.

Or this is what emerges from the exclusive information published by the companions of MySmartPrice and in which we can see the two available diagonals, in addition to part of the technical characteristics of these new Realme Smart TVs.

It may also interest you: Realme surprises at MWC 2022 by presenting its first televisions for the Spanish market

Through the different published images, we can see that the Realme Smart TV X Full HD will have black finishes and a floating design panel thanks to some minimalist frames since they only measure 5.76mm. Available in two versions (40 and 43 inches), it has an LED backlight on the back.

It is also known that this model will arrive with a quad-core MediaTek processor, plus 1 GB of RAM and 8 GB of storage internal. In addition, this model will have four speakers compatible with Dolby Audio and a combined power of 24W.

It is clear that this model will not offer great power, and the resolution remains at 1080p. But considering its low price and the market it is focused on, it is a product that will more than meet your expectations if you are looking for a simple smart TV for a room, the kitchen or even for a second home.

Android TV will be its great exponent 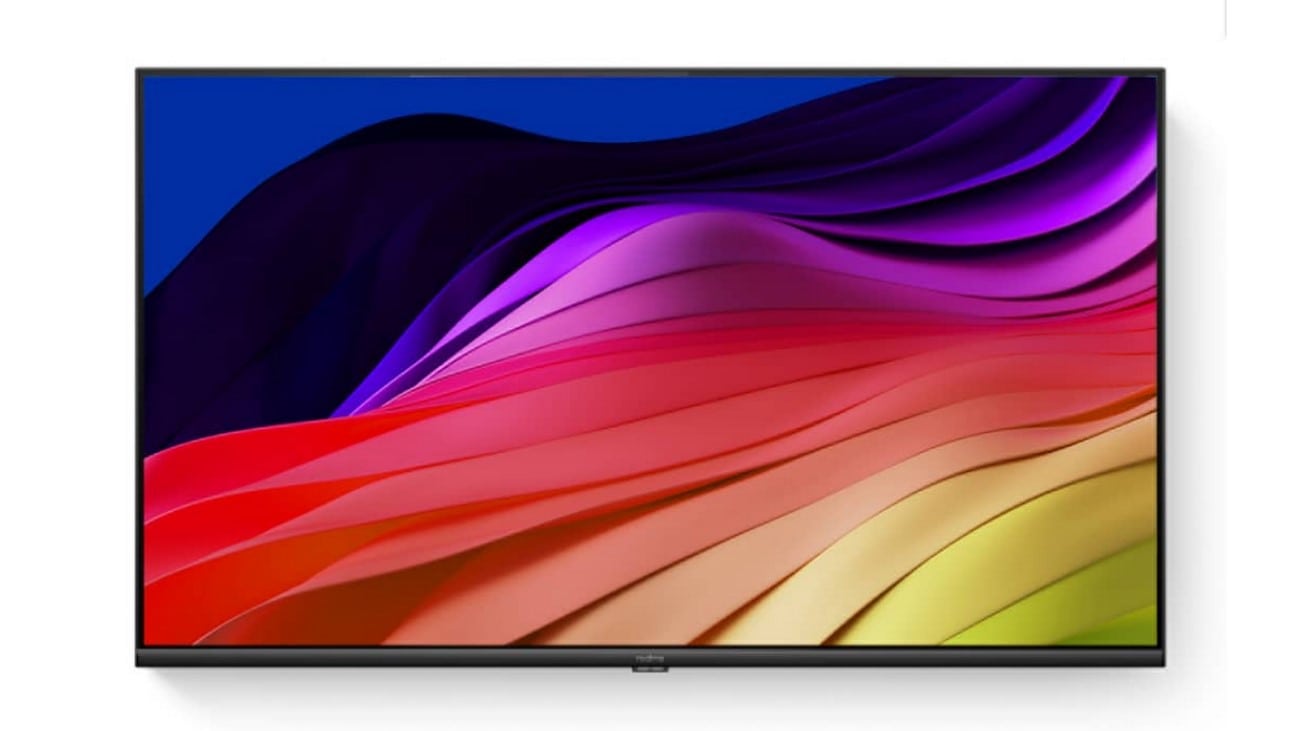 Although the manufacturer has revealed part of the technical characteristics of the Realme TV X Full HD before its imminent launch (it is expected to be presented on April 27) there is still a secret to be revealed: the operating system.

The manufacturer will bet with total security with some of the Google solutions, so the Realme TV X Full HD will work with Android TV or Google TV. Two interfaces that will allow you to install all kinds of games and applications without major problems.

In addition, you can also enjoy a chrome cast integrated so you can duplicate the screen of your phone taking advantage of the larger dimensions of the Smart TV panel. Of course, it remains to be confirmed whether Android TV or Google TV will be the system that will bring the Realme TV X Full HD to life.

At the moment the launch will take place in India, but it should be remembered that this country uses the same DTT standard as in Europe, so by having DVB-T, The Realme Smart TV X Full HD could be sold in Europe, and therefore in Spain, without any problem.

Now we just have to wait a couple of days to confirm all the technical characteristics of the new Realme Smart TV X Full HD and see if this model finally reaches the European market. Without a doubt, an excellent alternative to Xiaomi’s P and P1 family of televisions. Will they be able to with their historical rival?

Lower for CES 2022: AMD, OnePlus and MSI will not be in their face-to-face edition