The Fortnite seasons are gone and with them, the possibility of getting our Favorite characters of the franchise. If you have been playing for years fortnite battle royale, the normal thing is that you have a lot of appreciation for some of its characters. Luckily, you can buy them in the form of Funko Pop. If you don’t just settle for having the skin in your game and you want to have a figure in your room, these are the best fortnite funkos what you can buy so far:

Why are so many Funko sold with their characters? Fortnite is one of the most recent success stories in the video game industry. Building on the success of PlayerUnknown’s Battlegrounds, Fortnite copied your battle royale mode to promote the game. What happened was really surprising, because in a matter of weeks, people forgot PUBGs and said Fortnite mode became popular, which consisted of getting lost on a huge island and surviving by collecting weapons and eliminating other players until only one standing.

Epic Games he soon realized that the Battle Royale mode could be monetized even better than the “Save the World” mode (which was actually the actual Fortnite video game). They invented the battle pass, a new type of subscription never seen before in which the player (after a small micropayment) could access multiple cosmetics based on the achievements obtained in the games.

And finally, they created a game that was totally alive. The video game characters are unique, and some of their skins can only be obtained on a limited basis. Many Fortnite players own characters that are never going to be released for sale again. Y That is what Funko Pop wanted to convey with its figures. There are Fortnite Pops of all types, but we have divided them into three large groups: those of edition standard, the specials and editions of key chain.

Belong to this group the Traditional Funko Pop, that is, the figures of 8-9 centimeters of all life. Only a select few were able to reach the level 100 in your Battle Pass during Fortnite Chapter 2 Season 2. If that Legendary rarity outfit slipped your mind, you can get its Funko version, which is much easier to get. 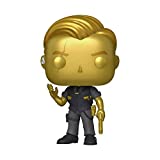 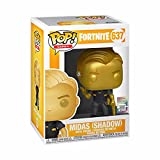 It has rained since then, but during the Season 3 from the original chapter of Fortnite, a meteorite He began to get closer and closer to the island. At the same time, the entire theme of our heroes was inspired by astronauts and aliens. This cute character was unlocked at level 55 of the battle pass. The story of Nexus War followed that of Midas, who failed miserably in his mission. At the end of 2020, the plot of Fortnite was sponsored by Marvel. Raven is one of those characters that he faces Thor during that season, to which more Marvel characters such as Groot, Storm, Mystique and Tony Stark among others were added. 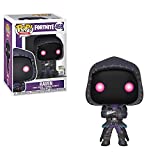 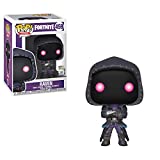 Peely is one of the characters in epic rarity who else has appeared throughout the seasons of the game. He was born in season 8 and we saw him again in Chapter 2: Season 2 as Agent Banana, where he puts on his clothes after a call from Deadpool himself.

Very few players are lucky enough to come across a llama pinata throughout your game in Battle Royale mode. the flame is the quintessential Fortnite pet, and it is a piñata that, when broken, will give us a series of high-quality rewards to facilitate our survival.

He is another of the characters present in Chapter 2: Season 4. The skin could only be obtained by payment. It was part of raven team with his uniform designed for the War in the Nexus and his pickaxe in the form of a Loot Lama.

Only the most veteran playing Fortnite Battle Royale will remember Rex, a character that was part of the Dinoguard set. The skin it was of legendary rarity and could be acquired during Chapter 1 Season 3. At the time, the skin it was all a success and many gamers bought it to imitate their favorite content creators. If you miss that time, the doll in the form of Funko Pop is still for sale.

And speaking of characters that were a complete success, the Cuddle Leader is another of the characters most recurrent in lore from fortnite. He had his appearance in the first seasons of the game, back in 2018. And since then, he has had multiple appearances in the game, although he recently appears to send challenges and in the form of postcards. For many players, Cuddle is his favorite character in the game. Probably because it combines the tenderness of a teddy bear with an evil and psychopathic instinct. Its Funko version is still on sale waiting to be part of your shelf along with your favorite Fortnite dolls.

Another well-known character within the world of Fortnite is Tomatohead, who has had multiple appearances in the game since Season 3. This time we will see him as happy as usual carrying his beak, which will be nothing more than a pizza cutter, according to his usual theme.

The Funko Special Editions are limited editions. In the case of Fortnite, they are very limited runs or are sold in specific stores or countries. The best that can be bought today are these:

This skin was available during the Season X, whose theme was “Out of Time”. It was one of the characters that put the finishing touch to Chapter 1 of Fortnite, and that is why it is sold as a exclusive edition in Funko Pop form.

On this occasion, it is a collector’s Funko Pop that It was only sold in Walmart supermarkets.. If you live in Spain, you can buy it on Amazon thanks to several companies that are dedicated to import. If you love this character, you’d better hurry up, as the number of units available is very limited.

If what you prefer is to always carry your Fortnite heroes with you, the best thing you can do is buy the pocket keychain series collectibles, and have your favorite Funkos from key chain. There are a lot of models based on Fortnite, but the most fun are the following:

Value is one ofs superheroines what we saw in the Season 4 of Battle Royale, which was based on superheroes and movie characters.

how to forget to meowcules, the michi hottest in the entire galaxy. appeared in the Chapter 2: Season 2 of the game, and could be unlocked at level 60 of the Battle Pass. In its Funko version, the character is not as disproportionate as in the video game, but if you have great memories of this beat up cat, it is a good companion to carry with your keys. They will be protected, of course. 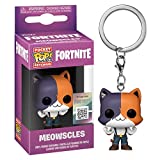 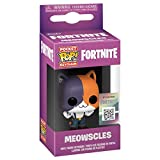 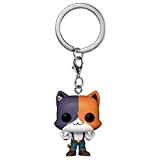 Burnout was a outfits very recurrent in first games of the year 2018. It was first seen in Season 3 of the game, but you can carry it as a keychain whenever you want. 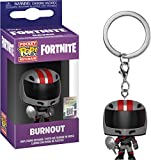 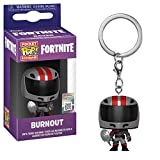 And we finish this top with a classic among the classics. Sparkle Specialist was one of the protagonists of Season 2 of the game, at the end of 2017. Those who played at that time and were lucky enough to unlock it, will surely keep great love to this skin. Enough to trust him with the house keys.

This post contains referral links in accordance with the Amazon Spain affiliate program and El Output may receive a small commission when purchases are made through such links. The price you pay will not be affected at any time. It is also our duty to inform you that the decision to include these products has been made freely, based on editorial criteria and without any influence or request by the brands mentioned in the article.

The entry The best Fortnite Funkos to collect was first published on El Output.