The third iteration of the iPhone SE would ultimately not benefit from a more modern design. Apple reportedly decided to take over the chassis of the 2020 iPhone SE, which already reused that of the iPhone 8. Previous rumors lent the iPhone SE 3 an iPhone XR body. It would still be expected, but for the next model. This would not arrive until 2024.

The iPhone SE is an atypical product in the Apple catalog. It’s supposed to bring the Apple experience at a more moderate price. Indeed, if you look at the amount requested for a new and 5G smartphone in an Apple Store, you will find prices starting at 589 euros. And we are not talking about the classic iPhone 13, Mini, Pro and Pro Max which are sold from 809 euros. We are obviously talking about the previous models in the 11 and 12 series. The iPhone SE (2020) is therefore the cheapest of the iPhones sold new at Apple.

The first two iterations of the iPhone SE, released in 2016 and 2020, were commercial successes. And it is obvious that a third version is under development at Apple, with a commercial launch set for spring 2022. Or in a few months. Rumors have so far predicted that the latter would adopt on the one hand a 5G platform, a first for an iPhone SE, and on the other hand the iPhone XR design, replacing the iPhone 8 chassis used for the 2020 version of the smartphone.

But this is no longer quite the case. A leaker posted a message on Twitter denying some of this information. The launch of the phone would be still planned this year. The phone platform would always integrate a 5G modem (the opposite would have been obvious nonsense). On the other hand, the design would not take that of the iPhone XR. It would rather be based on that of the iPhone 8, as in 2020. And of course, the processor would be more modern (logically a A15 Bionic, like iPhone 13). 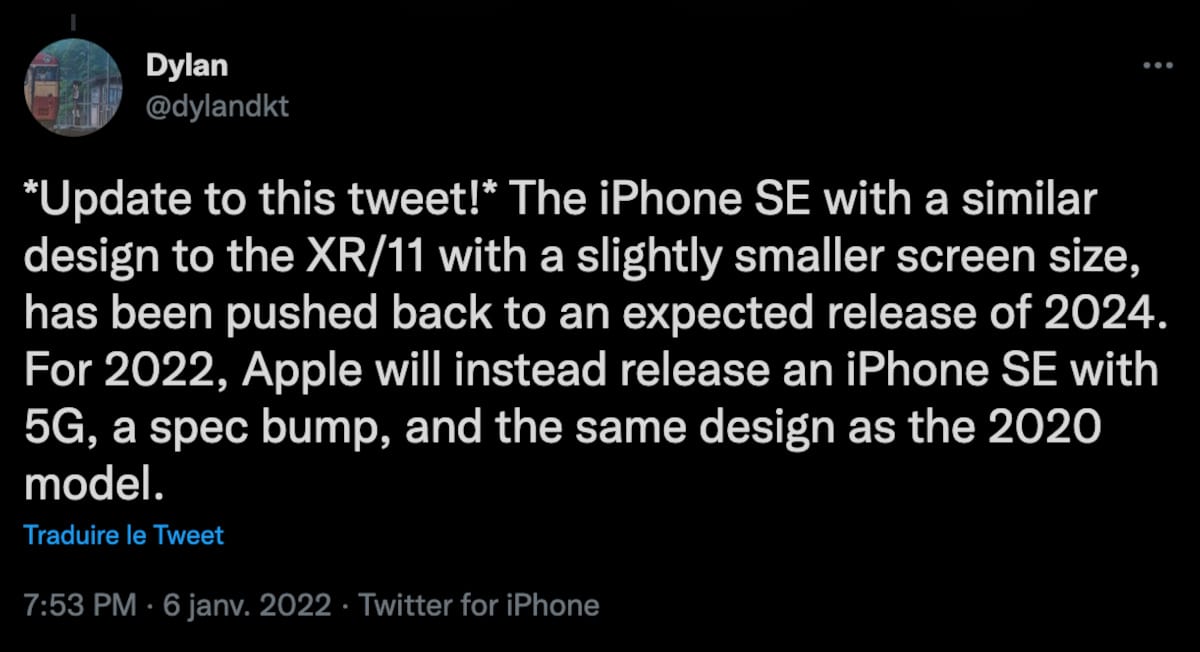 Is it possible ? In absolute terms, yes. Especially since the design of the iPhone 8 is not “that old”. Indeed, the smartphone was released in 2017. It will therefore celebrate its 5th anniversary next September. An age that is not very advanced for an iPhone, Android smartphones aging much more quickly. In addition, contrary to popular belief, Touch ID is not “plagued” in the Apple catalog: it is present in MacBooks and even in some iPads (version 10.2 of 2021, in particular).

How to access the hidden Christmas sections of Netflix