The idea of XDefiant is to offer a free multiplayer very focused on gunplay, where players must select factions and characters (Defiants) that will have different abilities and peculiarities. These characters will be inspired by different Ubisoft universes, being able to find some of The Division or Splinter cell, for example.

The games will be 6 vs 6, and instead of looking for the tactical aspect that has characterized Tom Clancy’s games, this time, the Ubisoft San Francisco team has sought more frenetic and competitive action.

All gamers will be able to customize their Defiant to adjust the features according to their play style. In this way, you will have to choose faction, traits, abilities and ultras to configure the character, and then define the armament with primary weapons, secondary weapons, accessories and a device to complete the equipment.

What characters can we choose?

As we have mentioned, the types of characters will be determined by the factions, which in principle will be three according to the information shared by Ubisoft, but which will later be expanded with updates and new seasons. The first three to arrive with the game will be the Wolves (Ghost Recon), Echelon (Splinter Cell) and the Outcasts and Cleaners (The Division). We imagine that, both the new factions and the weapons that will arrive in the future, will complete the offer of payment elements that will be the monetary base of the free to play mode. And, as we have already seen in countless games, this modality is becoming the base business of many companies.

At the moment the announced game modes are Domination, Team Deathmatch and Escort, although it is most likely that over time new modes will appear with which to expand the competitive options. Be that as it may, the many maps that will be included will give life to games of all kinds in which the skills of the characters will be key to taking you victory. As we can see in the presentation video, the game runs faster than we are used to seeing in Tom Clancy games.

How can i play? 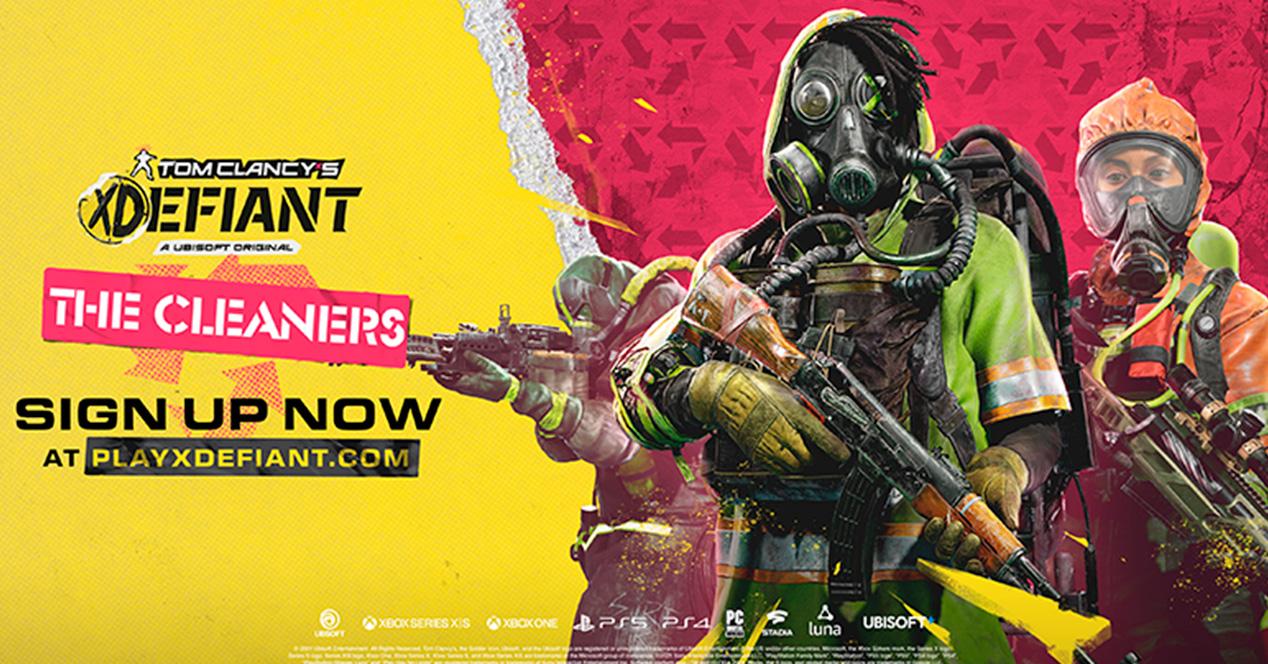 For now, Tom Clancy’s XDefiant has opened a trial period that requires prior registration so that players can test the game in the test weeks. If you are interested in trying it, you must complete the registration on the official website from the link below:

The game will be available for PC, Xbox One, Xbox Series X | S, PS4 and PS5, although for now there is no confirmed release date, so we will only have to wait for the confirmation email that allows us to access the multiplayer test .

Blue Origin exhausts the judicial process, and seems to accept it

You can now sort the photos of the Instagram feed by date: this is how it is done