Most of the DTT channels, if not all of them, allow us to watch their broadcast live over the Internet in the same way that we can watch television. However, having all the channels available in one playlist is somewhat difficult and complicated. That is why a project was born, called TDTChannels, which sought to create the list of definitive DTT channels so that anyone, with a click, could see any broadcast. However, nothing lasts forever, and as of this weekend, TDTChannels has said goodbye.

Without giving an explanation, although with many rumors about it, this same weekend, those responsible for TDTChannels announced, with a tweet, the closure of their list of channels.

Hello everyone, in a few minutes the project will be paused, and from then on public access will be cut off. Thank you very much to all of you who have supported us during this time.

This was an open project, on GitHub, that sought to collect all the official broadcasts of DTT channels and create a collaborative M3U list that anyone could download and use on any platform, such as PC, mobile, etc. even on IPTV devices. However, a few weeks ago he had a run-in with LaLiga, where he was unfairly accused of collaborating on the issue of football piracy (something that, obviously, is not the case). And so he finally decided to cease his service.

Therefore, one of the best platforms to watch free DTT over the Internet has left us. But, luckily, not the only one.

Where to watch DTT online for free

Despite the closure of this platform, we still have other alternatives to continue watching DTT online in streaming over the Internet. Next, we show you some of the best options that we have if we want, for example, to continue watching TV from the computer without the need for an antenna. 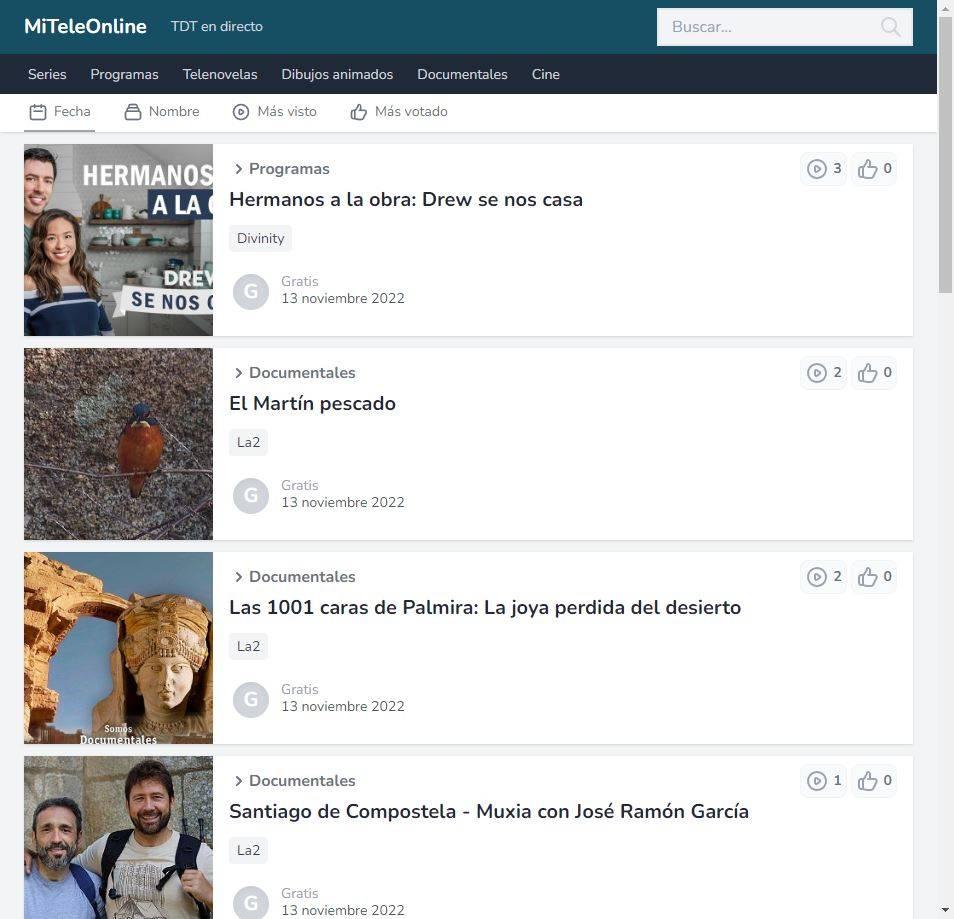 This platform offers us a very simple web page, from which we can access all the online television channels that we can find. It does not have playlists, nor does it have an application as such, but the website has been specially designed to work on all types of devices, from PCs and mobiles to consoles, in order to be able to see the entire catalog of digital terrestrial television from the Internet. What we like the most is that we can see what is being shown at the moment on each of the channels. 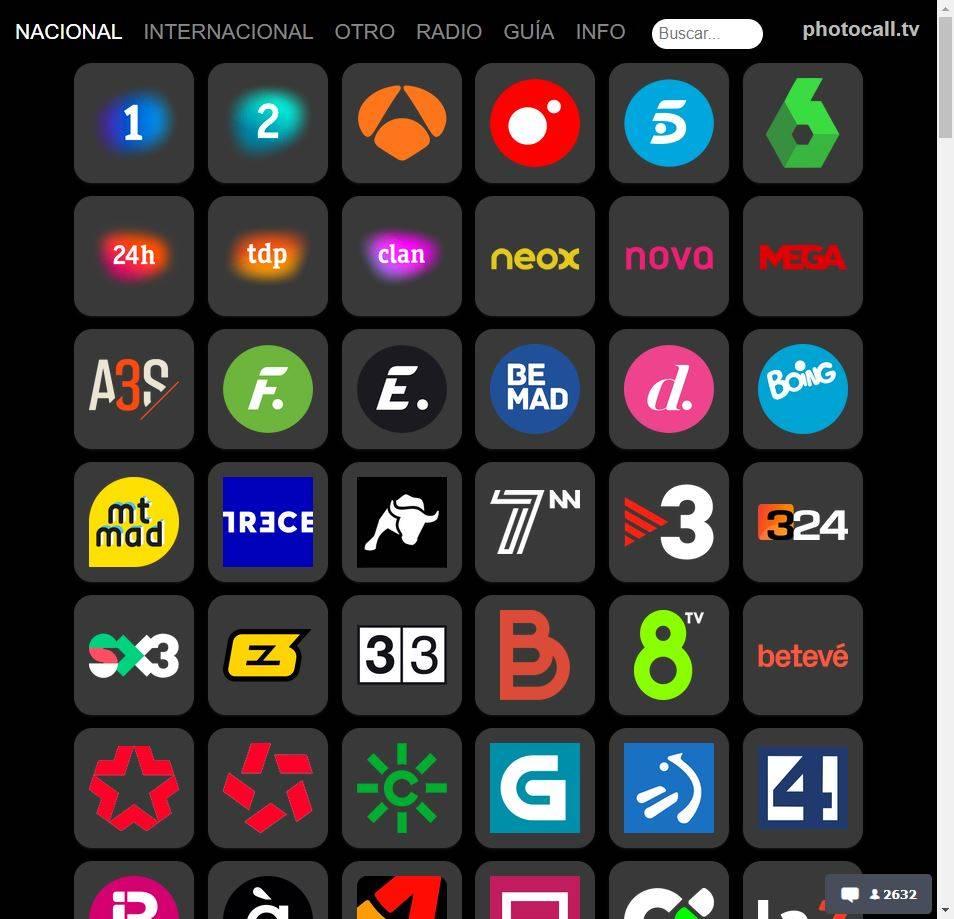 Another very simple and basic website where we can find more than 1000 TV channels in total, both from DTT in Spain and from other countries. This website simply compiles the official links of each of the stations and allows us to access them easily, without having to search the official websites. Therefore, in addition to being free and 100% legal, it has the same broadcast, live, that we can find on television itself. As additional information, almost all channels offer us 2 resolutions (567p and 720p), in addition to being able to change the volume, select languages, subtitles, etc. 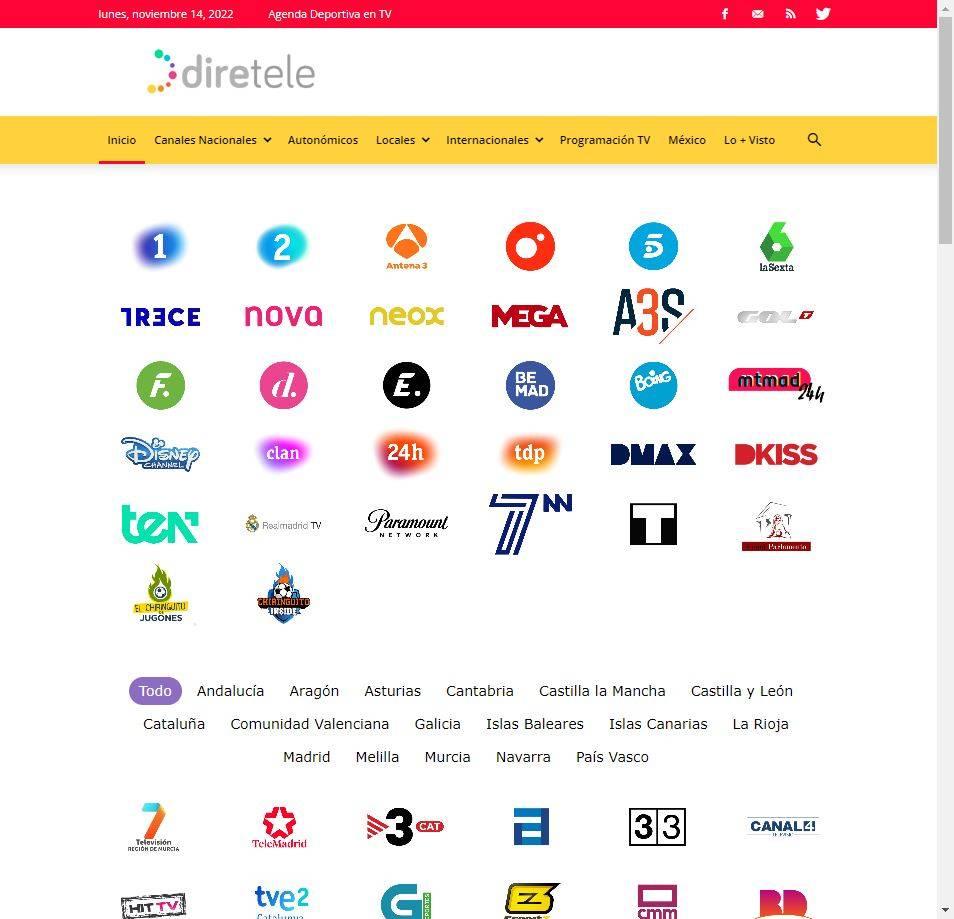 A very simple third web page where we can find all kinds of television channels very well ordered and organized in different categories. Each channel has its own “fly”, from which we can access the live broadcast of the chain. All broadcasts are equally legal, since what Dirtele does is take us directly to the official broadcast of the chain. We can find the channels very well organized in categories and by communities, in addition to having a search engine.

4 features that shouldn’t be in web browsers This is the smallest chess program in the world