Advertising for sneakers has always been characterized by that crazy tone that makes us understand that we will become great athletes just by putting on a boot and tying some laces. Making use of this resource, but with a lot of humor, Adidas has launched its new soccer shoes in collaboration with Rick and Morty next to a pretty funny short in which he has two international soccer stars working for him in his basement.

The new Adidas shoes for those who play football on grass are the X Speedportal, described by the brand as the latest innovation focused on speed. Adidas believes that football has become a faster sport, so the boot has been designed to facilitate sprinting. However, the thing has not stopped there, because the marketing campaign has been designed around the Rick & Morty franchise.

The shoes have been presented along with a short of the two protagonists of the Adult Swim series with their typical touches of humor and constant breaking of the fourth wall. In the fragment, which lasts about a minute and a half, we see that the Adidas X Speedportal are really a creation of Rick, who has managed to synthesize them thanks to Mohamed Salah and Vivianne Miedema. The wacko scientist himself goes so far as to make a joke out of all the multidimensional technology and other marketing terms that are associated with the product.

Shortly after, we see Morty being directly controlled by his sneakers and scoring a goal that makes him the world cup winner. The short ends in the purest Rick and Morty style, with one of the typical lessons that the grandfather usually gives the grandson when he comes up.

What’s so special about these boots?

According to Franziska Aurnhammer, the senior product manager at Adidas, these shoes have been designed for the fastest players in the world. For its manufacture, extremely light and quality materials are used. The sole uses a SPEEDFRAME plate, designed to give stability and support to the studs. On the other hand, the interior uses a material called SPEEDSKIN 2.0.

Beyond the technical characteristics of the shoe, what is most striking about the design is the green color that has been used to make the boot, which is complemented by a translucent and viscous green in tacos. Adidas has baptized these colors as Portal Fluid Greenin honor of the portals that we constantly see in the Rick and Morty animated series. 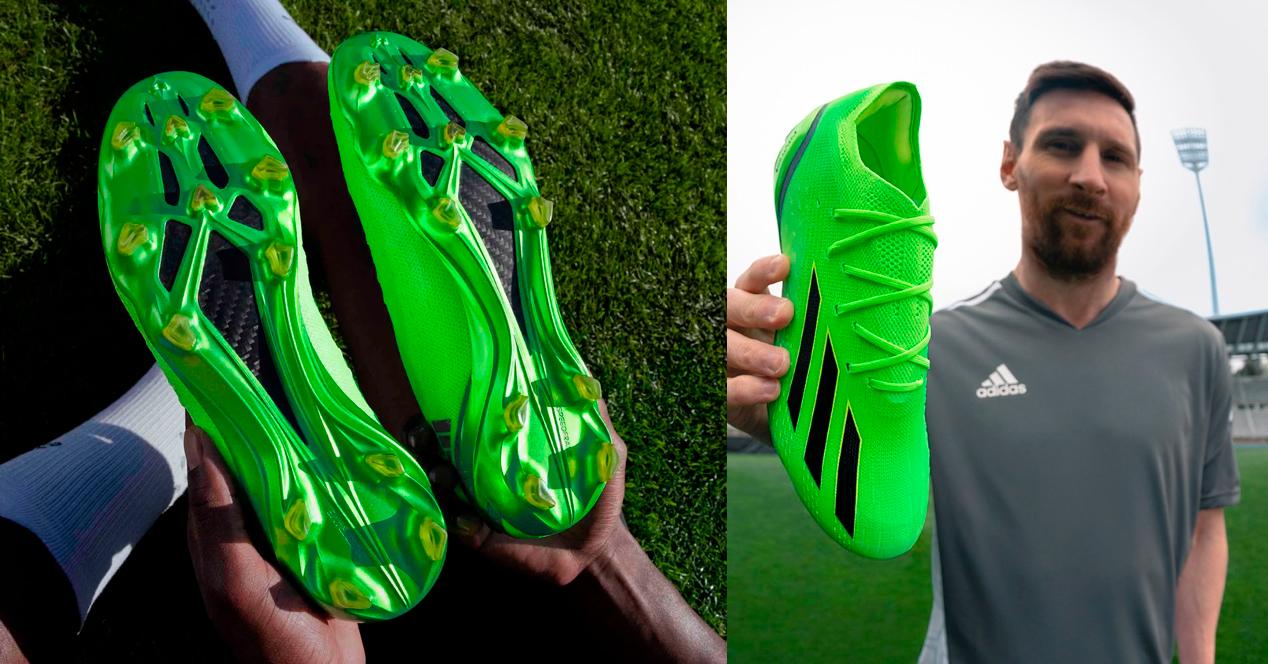 These new football boots are now available on the Adidas website. They have prices ranging from 55 to 280 euros. Everything will depend on the type of soil in which we used to play. The natural grass variants are the ones that use the sole seen in the short. On the other hand, there are futsal and multi-court versions that use more conventional soles.