When choosing a PC, many people start from a kind of preconceived script that takes into account certain aspects that, theoretically, are very important to make the right decision. It’s a good idea, there is no idea about that, but there is a problem, and that is that this type of script usually contain errorsand in many cases end up giving an inordinate importance to things that really should be more in the background.

Even for the most technically savvy people those less important details can be difficult to appreciateand for this reason we wanted to give shape to this guide, in which we are going to explain in a clear and detailed way five things about a PC that we give too much importance to, and that in reality are not only not that relevant, but also They can also lead us to make a wrong decision.

In many cases, this excessive importance is due to the fact that we tend to blind us with the figures, that is, we believe that more always means that something is much better, when in fact the opposite can happen. Thus, for example, there are components that may seem much better than others, but in the end they have a very poor price-performance value, so much so that they end up being a bad purchase.

Continuing with the previous example, even in those cases in which those components can make a difference in performance, we find that, in the end, that difference is usually small, and it can occur in applications or tools that we are not really going to use. I think the key idea behind this guide has become clear, so let’s dive right in and look at those five things.

1.-The working frequencies of a processor

It’s been a long time since the MHz race was over, but there are still people who believe that the speed of work is still one of the most important aspects when choosing a new processor. This is not true, and it can lead us to make very serious mistakes, since we will be omitting other much more important things to prioritize this one.

The frequencies of a processor job refer to refers to the speed at which a processor’s clock generator is capable of producing pulses. These pulses are used to synchronize the operations of its components, and although they indicate the speed of the processor (clock cycles per second), they are just one more indicator of your performance, and they are not the most important.

So, The most important thing about a processor is the IPC and the cores., followed by the total threads (processes and threads), and finally the working frequency. This point is the least important of all, contrary to popular belief by which some still get carried away.

It is a very tricky subject, because it is true that a poorly designed graphics card, with a low-quality cooling system or a defective assembly can end up causing serious problems. Nevertheless, this is not an issue limited to the cheapest modelsI have seen graphics cards with premium designs that gave temperature problems due to poor contact between the radiator and the GPU and / or graphics memory, and I have also seen budget models offer excellent temperatures.

In the end, giving too much importance to the design of a graphics card can make us pay much more money for a model that will not offer a really great advantage over another apparently inferior model, and much cheaper. For example, a Radeon RX 6900 XT can cost us €1,049 with a good design (the Sapphire NITRO+ AMD Radeon RX 6900 XT SE OC GAMING) and perfectly functional that will not give us any temperature problems, but it can also cost us €1,471.58 with the premium design of the PowerColor Red Devil AMD Radeon RX 6900 XT, which really won’t make any major difference despite the huge price difference between the two.

The two graphics cards that we have named in the previous paragraph will offer virtually identical performance, and they will work with totally safe temperatures, but the second will have cost us 400 euros more than the first. That extra expense is not justified in any way, so it is clear that said graphics card would not have been a good purchase.

The conclusion that we must draw from all this is very clear, and that is that models with premium designs they make no real difference to justify their high priceand therefore it is better to opt for more modest designs that are perfectly functional and much cheaper.

3.-The latency of RAM memory

I know that some of our readers will have raised their hands to their heads and will be thinking that this is very important, but the truth is that it is not, because today the differences in latency level between the RAM memory kits that are commercialize are usually minimal and this makes in the end the performance difference too be very small.

In most cases, one kit of RAM running at the same frequency as another but with slightly lower latency will make very little difference in performance. Today it is normal to have DDR4 kits that work at a speed of between 3,200 MHz and 3,733 MHz, with oscillating latencies between CL14 and CL18. Well, a kit at 3,200 MHz CL14 and another at 3,200 MHz with CL16 latencies will offer practically identical performance.

latency can be important if we talk about very large differencesor if we encounter very high latencies on RAM kits running at very low speed, But it is not normal in the kits that are currently marketed, since most have minimal differences at the latency level, and those will not mark a significant increase in performance, rather the opposite.

If we have two kits of 16 GB of DDR4 RAM at 3,600 MHz with latencies CL17 and CL16 with a price of 80 euros and 105 euros, respectively, the first would be a good option, because It is cheap and performs almost the same as the second. Be careful, with this I do not mean that there are no performance differences between the two, but we are talking about between nothing and two or three more FPS in games, in the best of cases.

4.-The sequential speeds of an SSD 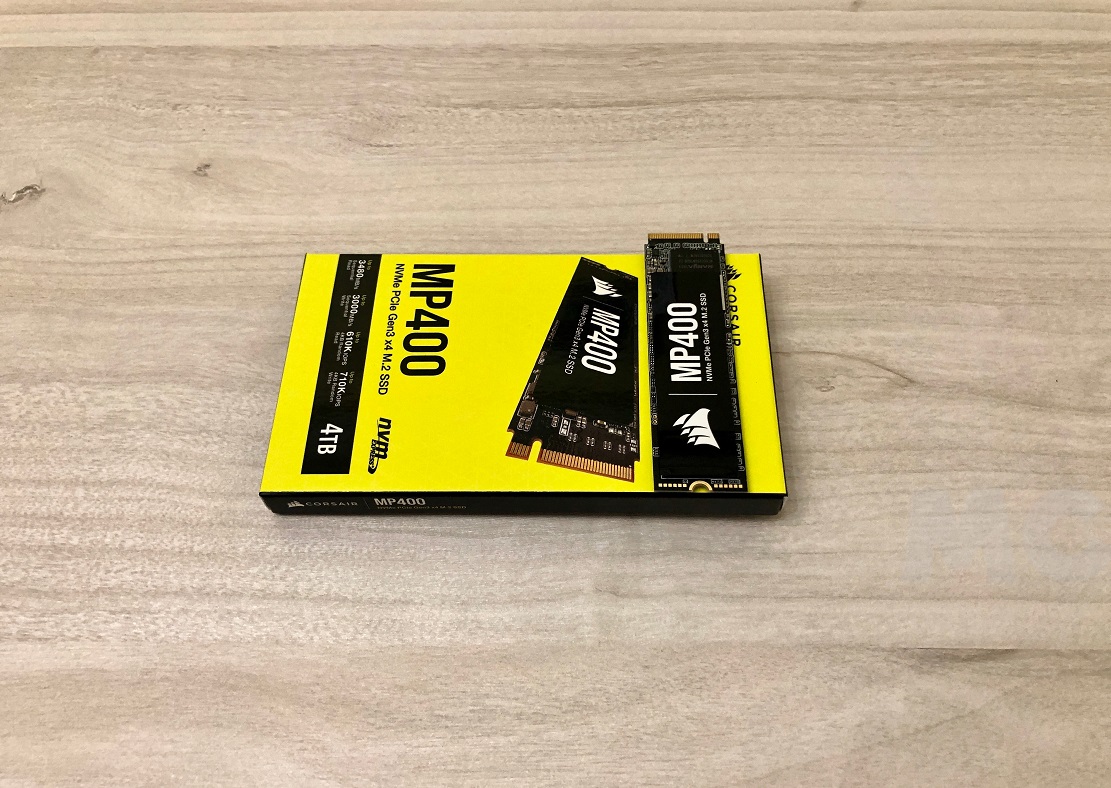 You may have raised your eyebrows again, but this also has an explanation. The biggest performance improvement an SSD over an HDD is not in sequential read and write speeds, but in access times and latency. A hard drive has mechanical parts and suffers from the problem of fragmentation, which means that to do something as simple as opening a game it has to:

The access times we have with an HDD are very slow, and the latencies are high. With an SSD, the opposite of what we have said happens, and this makes a huge difference, so much so that it is key to achieving that feeling of absolute fluidity and that the equipment “fly”.

Sequential read and write speeds are not that important because any current SSD is already running at values ​​that are good enough for a satisfying experience. It is true that an SSD that reaches 7 GB / s will be faster than another that works at 3.5 GB / s, but in the end lthe actual performance difference this will make in apps and games will be minimal. We already talked about it in our guide dedicated to the myths about SSD drives. In it we also tell you that there are very specific scenarios in which these speeds can make a significant difference, such as when we have to move huge files, but this is not common.

5.-The size of a cooling system 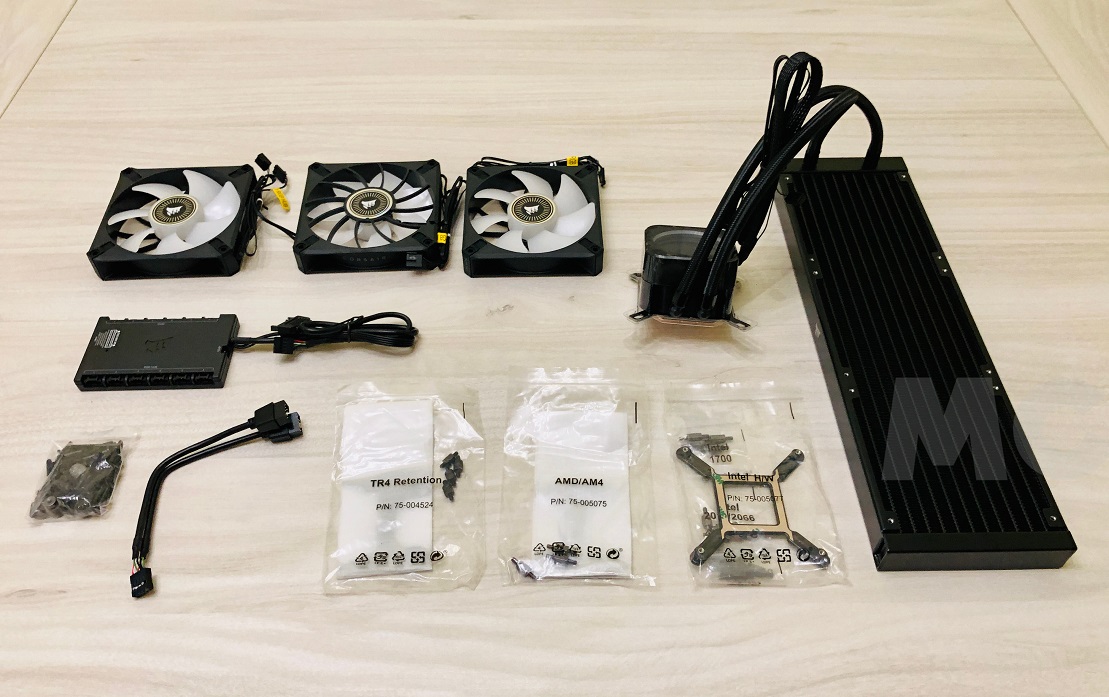 Bigger is better, an expression that is not always fulfilled and, in fact, ends up being wrong on many occasions. We tend to think that mounting a large cooling system is essential because it will better cool the equipment, or the component to which it is attached, but the reality is that this really It’s not as important as we think.

I have seen and tested cooling systems with huge radiators and two fans that end up with worse temperature values ​​than others with a smaller radiator and a single fan, and there are also a lot of fans made in China that are looking attract the user based on that ideabut in the end they have very poor thermal performance.

A good cooling system is not defined by the size of the radiator or fans, but by the heat transfer that is capable of achieving radiator fin density and of the Static pressure that can be generated by the fan. This explains why a huge cooling system can be worse than a more compact one, and therefore we must be very careful when choosing, since, as we have just verified, appearances are deceiving.

The same happens with AIO liquid cooling kits, and it is that the quality of these ends up greatly influencing performance, so much so that we can find 280 mm kits that are capable of offering almost identical or even superior performance to other 360 mm kits. The Corsair H115i RGB Pro XT Kit is one of the best examples as it offers fantastic performance and is second to none to other kits that seem superior in size but really aren’t.

What to give a Mario fan for Christmas

The PS5 hack is getting closer, but only on models with Blu-ray

Pixel 6 Pro: a bug prevents some smartphones from recharging properly