Available for the moment that in China, we took in hand the new Oppo Find N, the first folding smartphone from the Chinese manufacturer.

After an announcement at the end of the year which marked the spirits during its event Inno Days, Oppo continues to present and introduce its first folding smartphone, the Oppo Find N. Also, we were able to take it in hand and it is clear that the Wow effect is always present when we discover a folding smartphone.

So yes, this effect is not as strong as during the discovery of the very first Galaxy Fold or the Galaxy Z Flip from Samsung but we are not going to lie to each other, theOppo Find N impressed ! Why ? Quite simply because the Chinese manufacturer has allowed itself to listen to the users of the first folding smartphones from Samsung. Also, Oppo offers a folding smartphone that is more realistic in its approach. 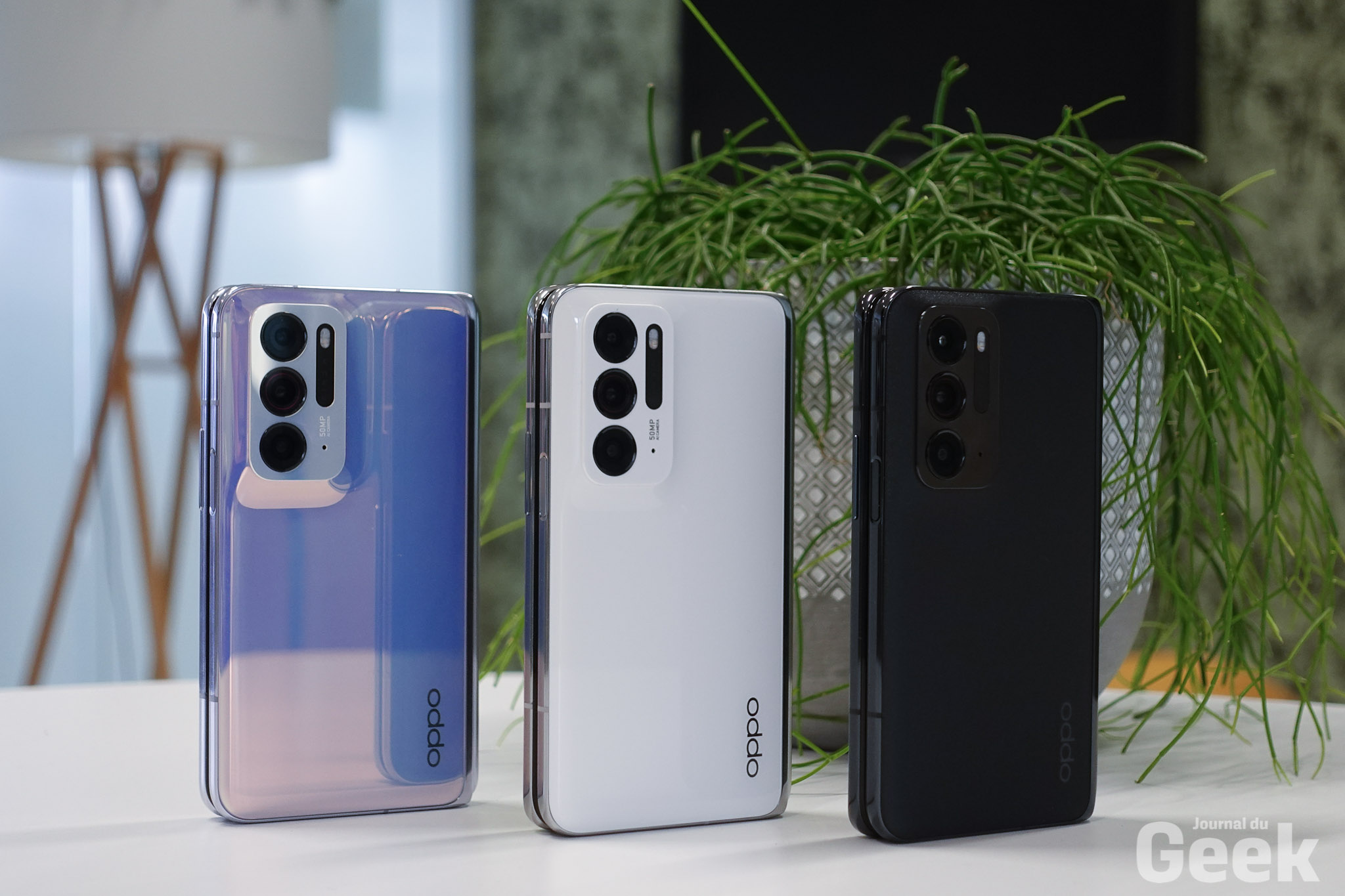 For those who would not have followed everything regarding the technical characteristics of this new folding smartphone, it is HERE on the announcement. As a reminder, there is an external 5.49-inch AMOLED screen in 18: 9 format and a 7.1-inch Serene Display AMOLED internal folding screen in 8.4: 9 format, not far from a 1: 1 square format. . The screen edges are not as thin as on conventional smartphones but are still relatively thin for a folding smartphone. The on-board battery is 4500mAh which is about average. At the level of the SoC, as for the smartphones of last year, there is a Qualcomm SoC and not just any since it is the Snapdragon 888.

Here is the table of technical characteristics as a reminder: 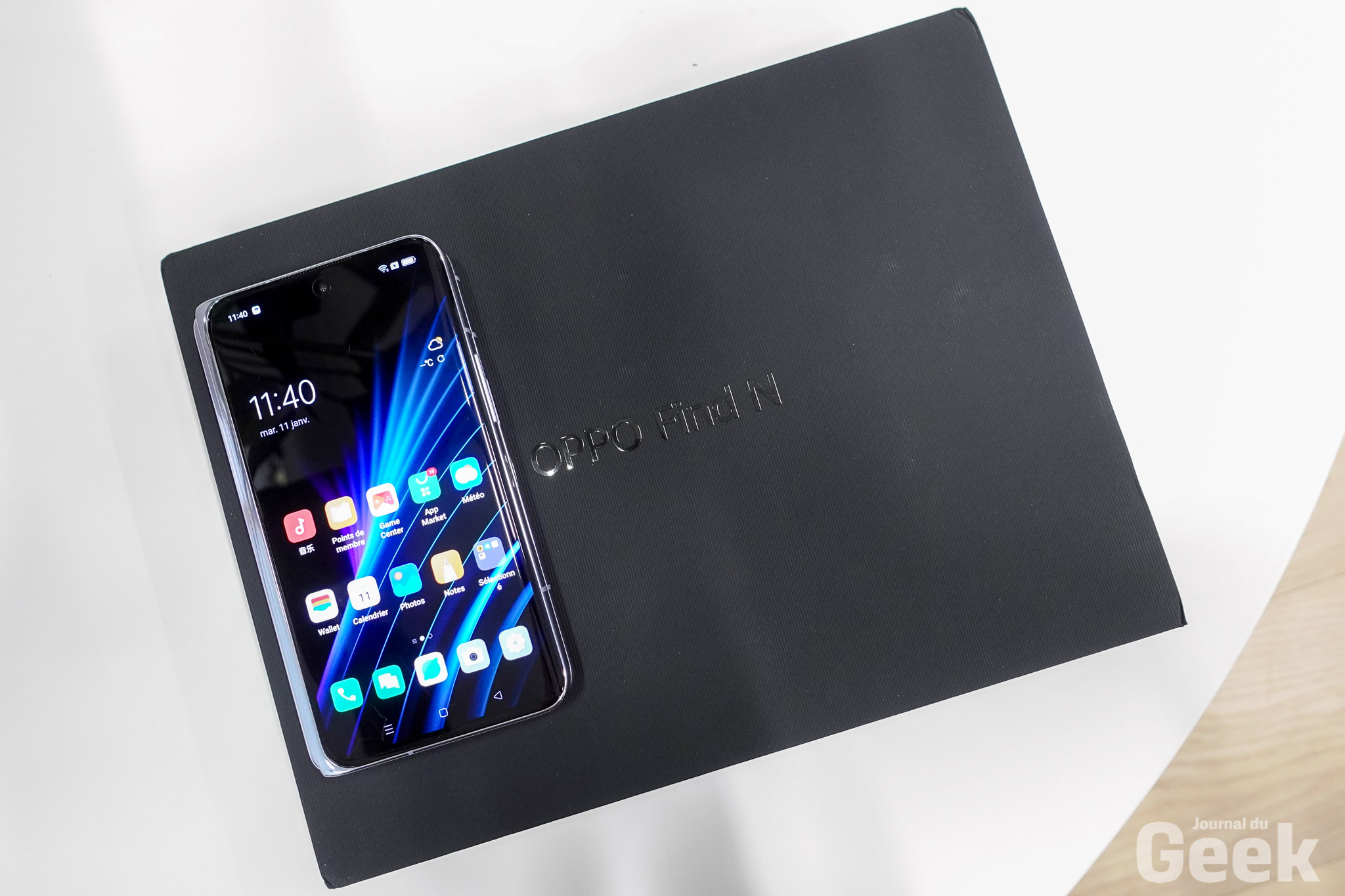 For now, it is only available in China and according to Oppo France, this is mainly due to the fact that the applications for the Western market are not yet ready. On our side, it is believed that the shortage of components does not help launch such a product all over the world either.

Our handling in video 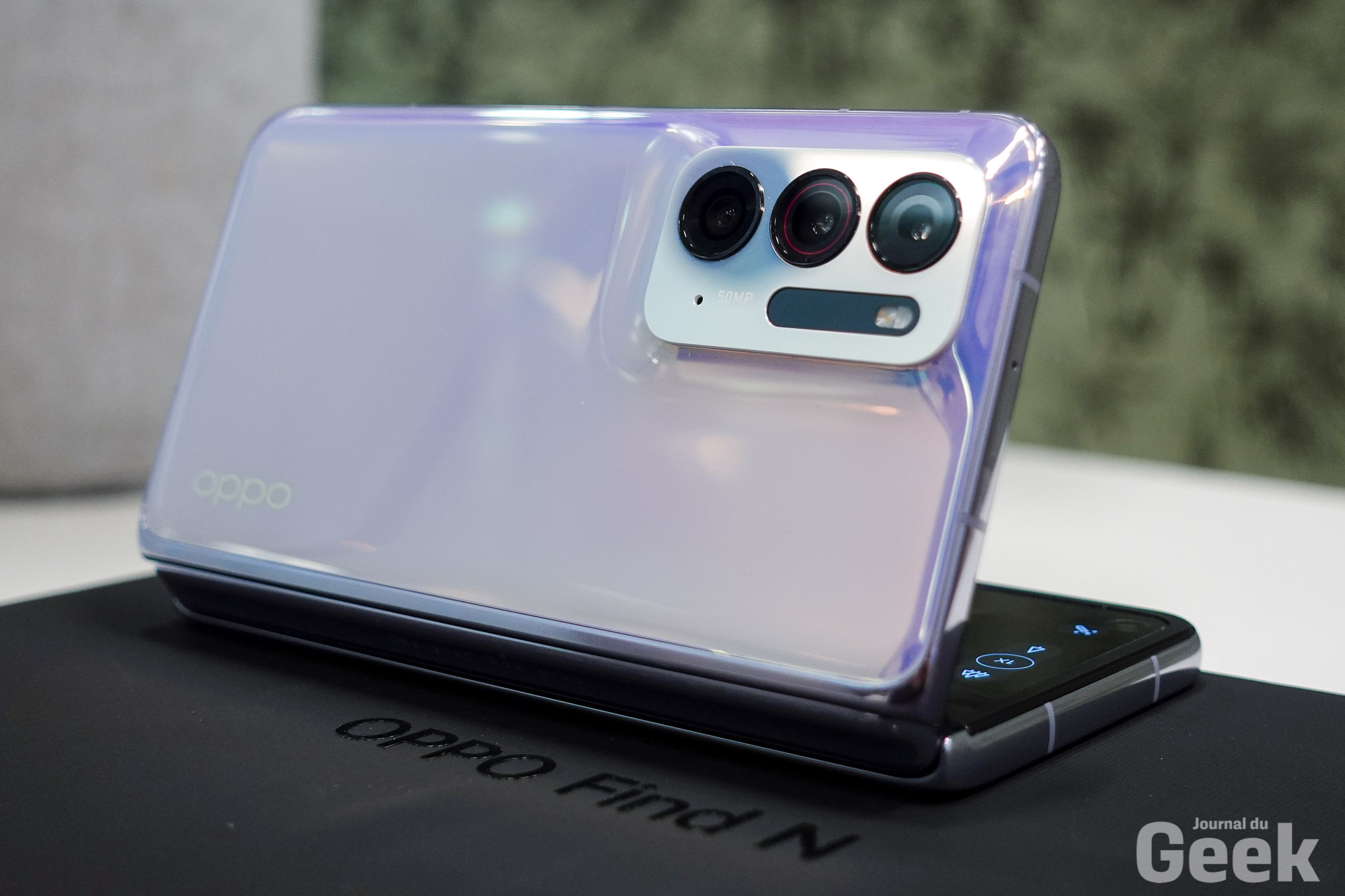 And as you can imagine, the first thing you notice is the format that Find N offers once closed. Indeed, with its external screen in 18: 9 format, the Oppo Find N does not play the length card like the Samsung Galaxy Z Fold 3. Suddenly, the first thing that we note is the fact that we have a real smartphone with the right width to type text from the virtual keyboard. This is one of the things that has always been criticized about Samsung’s Z Folds, which are too narrow to really type text with the external display. 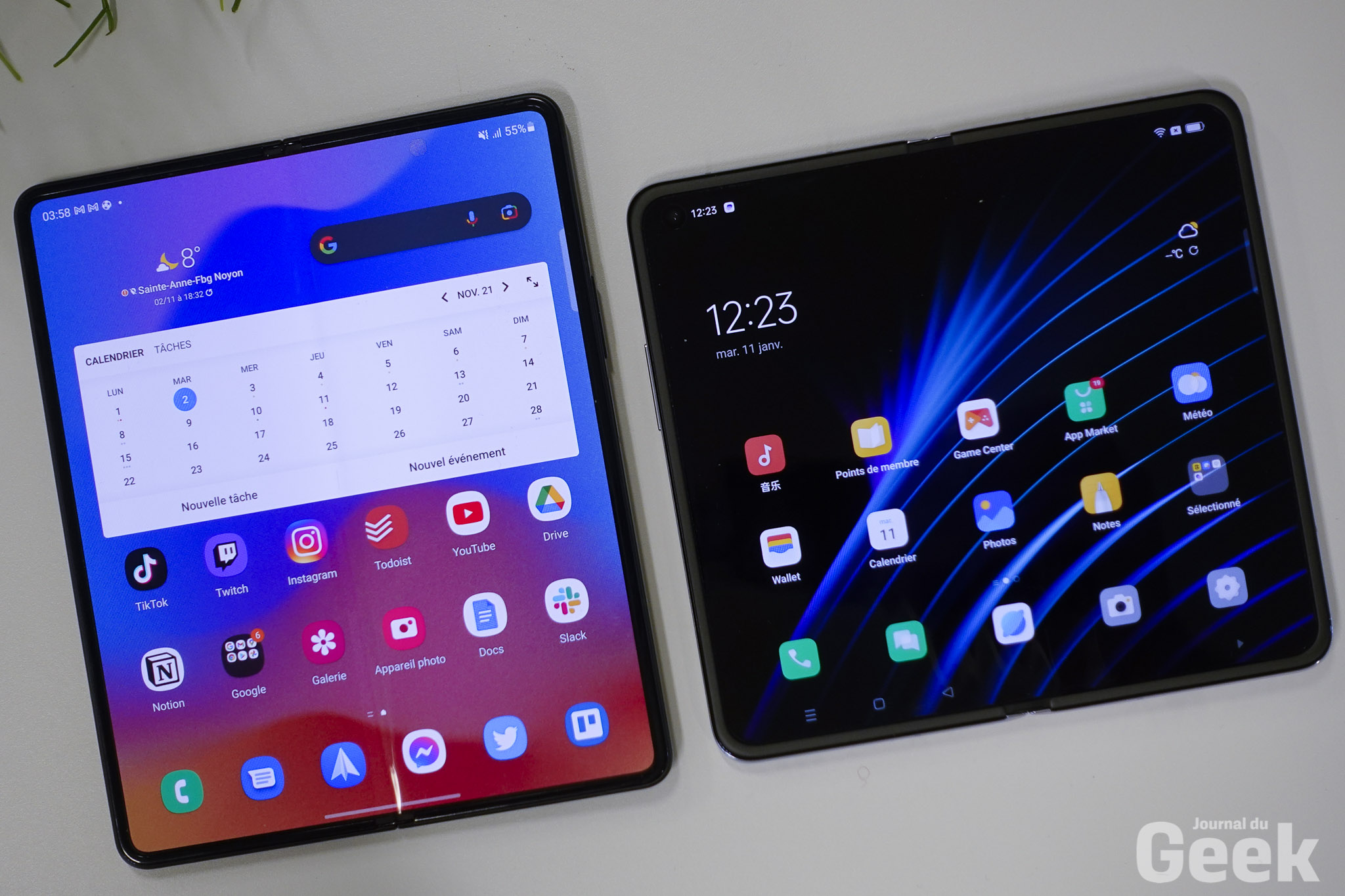 Once you open the smartphone, the Oppo Find N offers a screen in landscape mode and you automatically benefit from the largest diagonal to enjoy its content. It’s a choice and only time will tell if Oppo got it right or not compared to Samsung. In any case, we actually appreciate the fact of not having to turn your smartphone, especially with this almost non-existent fold (We come back to this subject below).

Even if it has not yet been released in France, and because the Oppo Find N is a flagship smartphone, it is in hand that we realize that it is a beautiful product. We find an excellent finish of the same temper as that of the Oppo Find X3 Pro with these slightly rounded lines. Moreover, there is a photo block made up of three cameras which kind of blends with the back of the smartphone. Oppo calls this design an “impossible design” to allow for a futuristic look and unbroken lines. 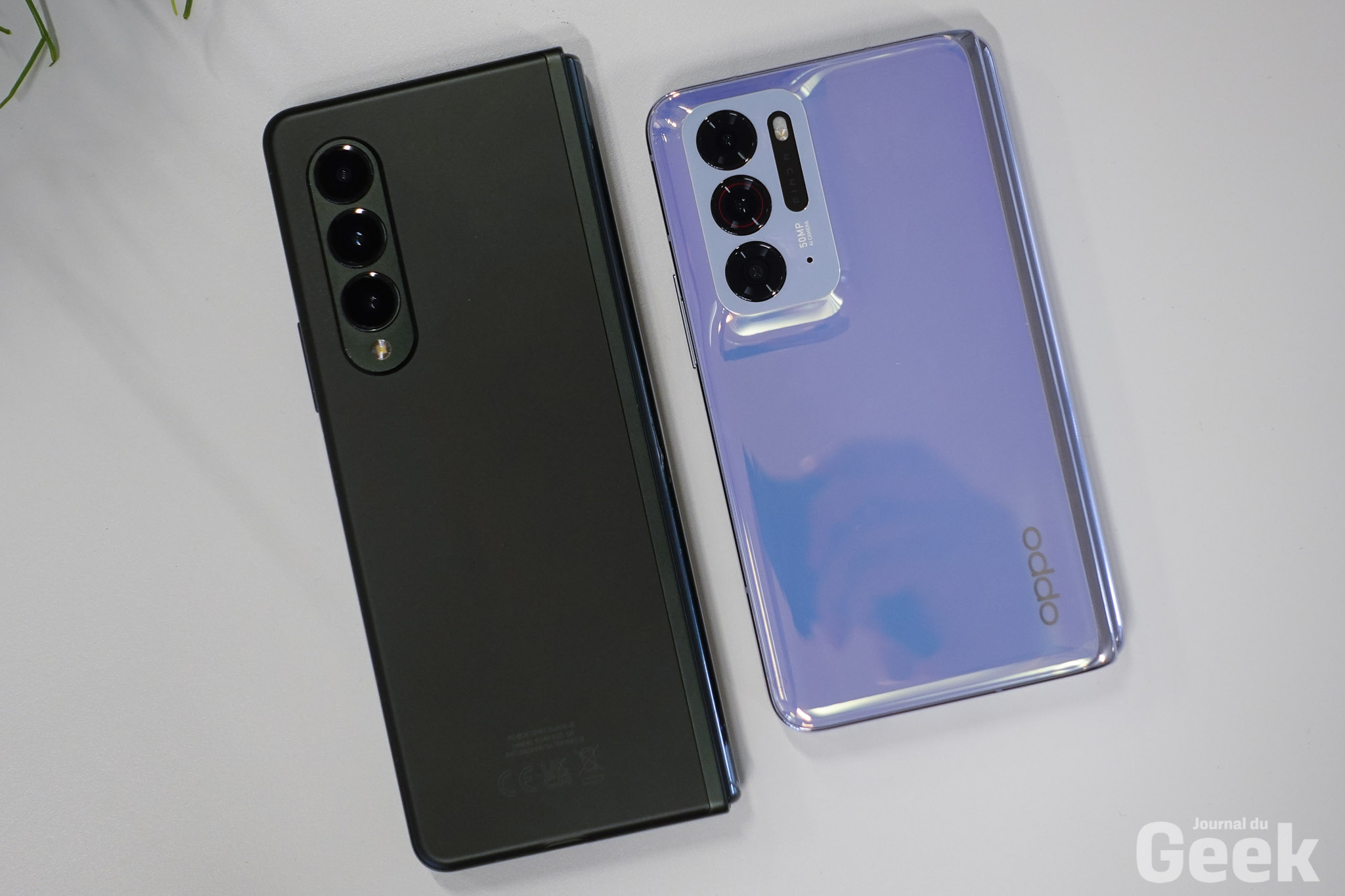 If the photo block remains thick, it remains reasonable. The hinge is quite similar to what the competition offers. On the other hand, it should be noted that Oppo’s is more fluid in use insofar as opening and closing are done with less resistance, which is more pleasant. There is also a free-standing hinge that allows the Oppo Find N to adopt any flat position and even to be used in base or tent mode like the 2-in-1 PCs.

We saw it with Samsung smartphones, once folded, the Korean manufacturer’s smartphones left a small space which was due precisely to the folding of the internal screen. So, rest assured, we can not do better than what Samsung offers in terms of fold and this is where Oppo has somewhat tricked since the Chinese manufacturer has taken what Motorola had proposed with its RAZR. 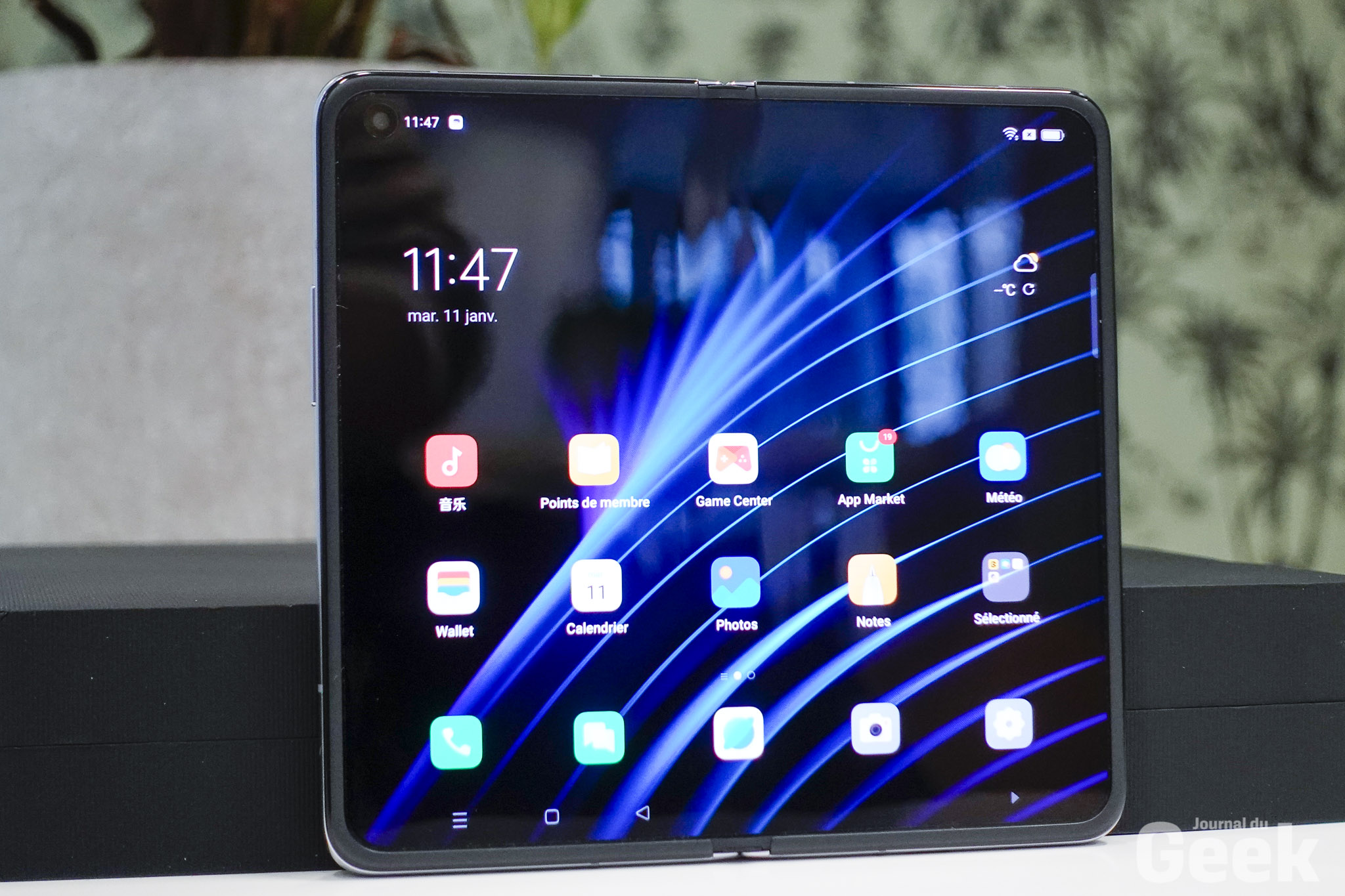 Basically, instead of folding the screen like Samsung, Oppo’s is “less” folded, which allows it to be “rolled up” in a way. Suddenly, with an ingenious system, everything is hidden from the user, which Motorola was unable to do at the time. Direct result, there is almost no visible fold! Quite simply because the screen is not really folded like with Samsung. And to be honest, it’s not bad because in the case of Oppo’s smartphone, no reflections will disturb the Find N’s internal screen while consuming content, which is nothing. 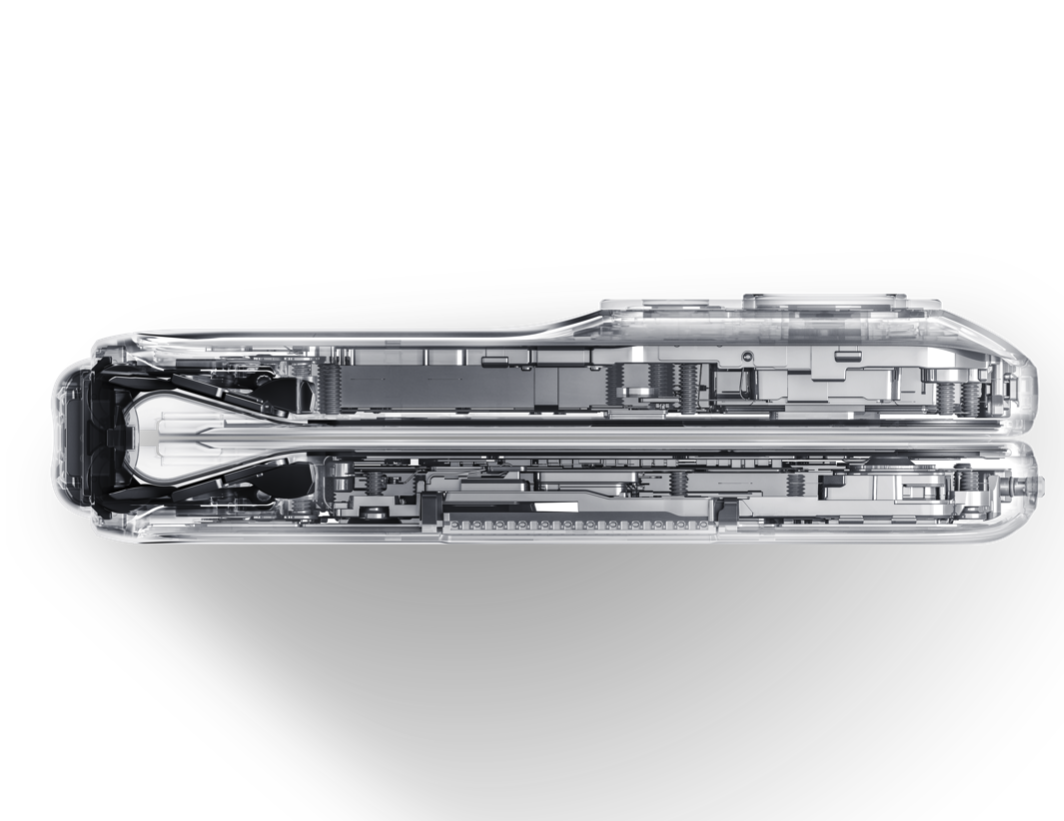 Suddenly, if we always talk about a foldable screen, what we see and the presentation we had, the Oppo Find N offers more of a screen that we “roll up” if we really wanted to nitpick. 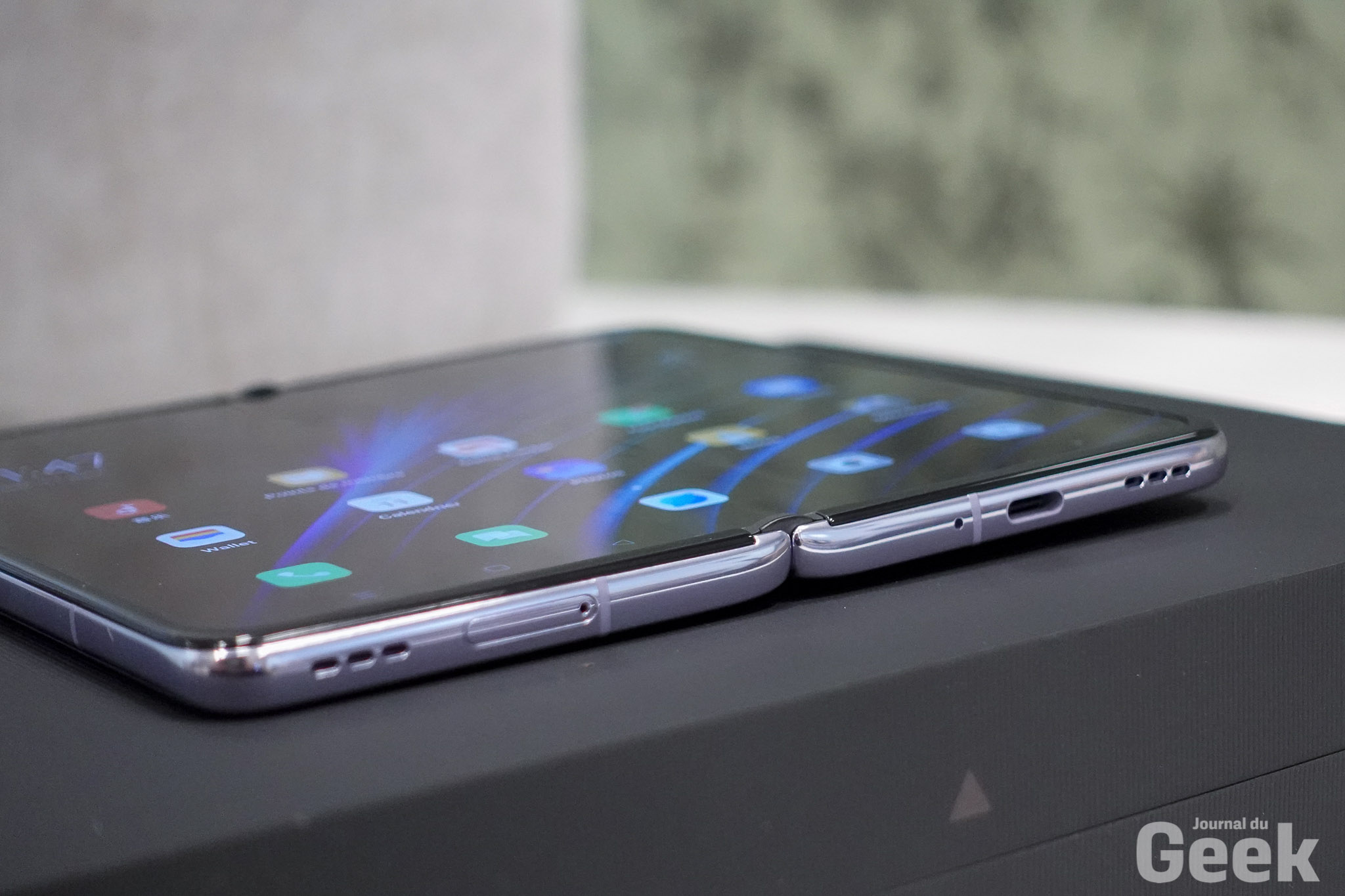 If the photo remains an important aspect because it is a premium smartphone, Oppo has remained somewhat classic. We have no doubts about the quality of the photos taken by the Find N but clearly, the brand’s photophone will remain the Find X3 Pro for the time being. Also, there is a trio of the most classic with a standard wide-angle, an ultra-wide-angle and a telephoto. The two screens offer a punch in which we will be entitled to the same front camera. Without having really tested it yet, we should find fairly good results overall and close to what the Reno 6 of the brand offer for example. 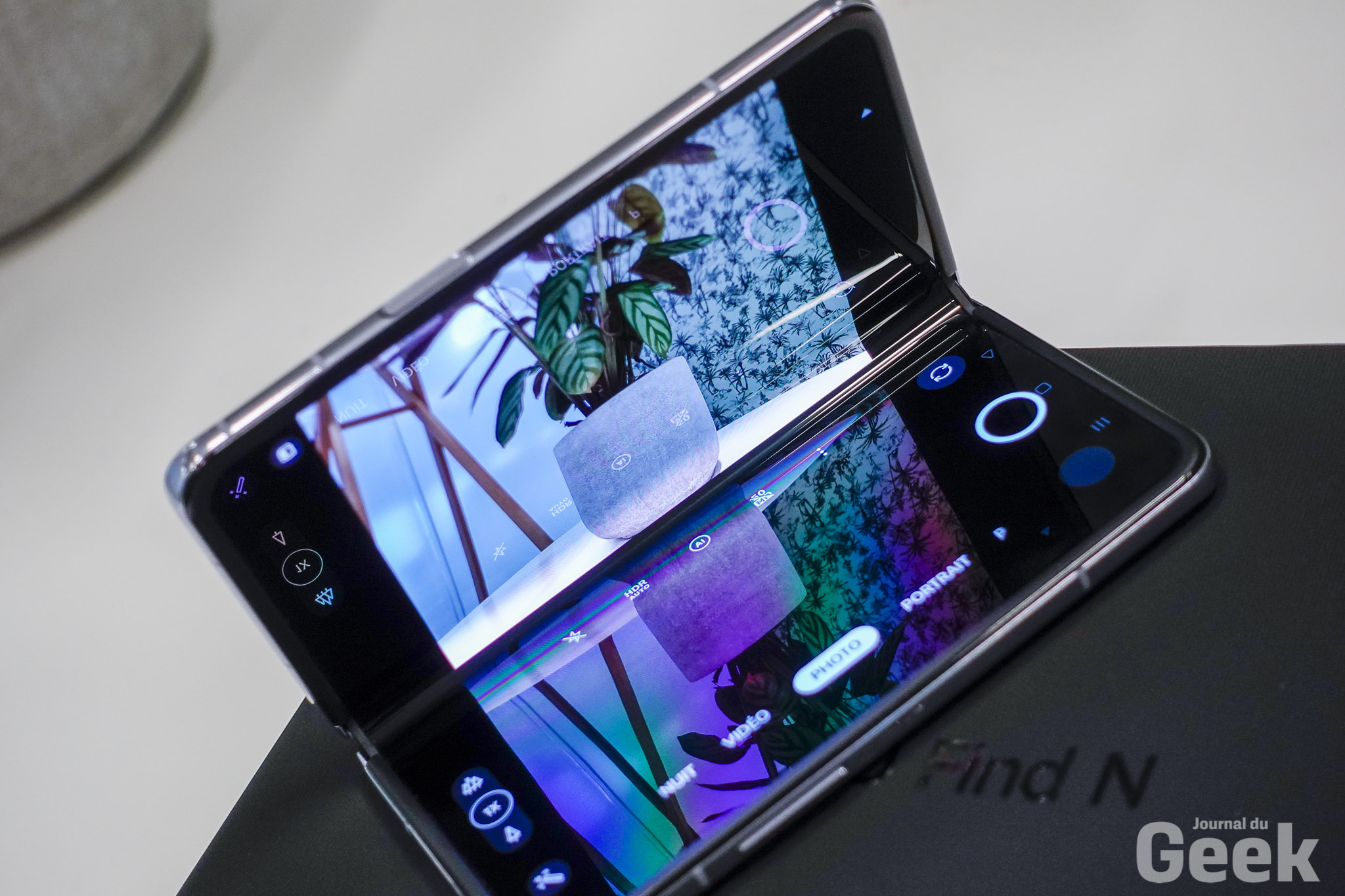 Afterwards, the biggest advantage of the design of this Oppo Find N and its free-standing hinge is the fact that you can put the smartphone anywhere to enjoy long exposure shots or with different angles. It will be necessary to test in use because in tripod mode for example, this implies that the smartphone is placed on the external screen and therefore with the risk of scratches that go with it.

Seven out of 10 ecommerces fail before the third year