Today we use our computers to surf the Internet, download files or work in the cloud. However, for us to be protected we have to take a series of measures. For this reason we will need to have a series of tools and specific software. Some examples of them would be to have a good antivirus program, anti-malware and also a firewall. This time we are going to focus on computers with the Windows operating system. Here an important aspect is that we must have an operating system that has updates, since if not, it would put our team at risk. In this article we are going to talk about how I can protect my Windows computer when it goes to the Internet.

Before starting it should be remembered that operating systems as popular as Windows 7 or Windows XP are no longer supported today. This means that little by little vulnerabilities and security flaws appear that will not be corrected. Therefore, it is not advisable to use either of these two operating systems to browse the Internet. Cybercriminals can easily take advantage of these flaws and exploit those bugs that have not been patched, thus putting our security at risk.

What Microsoft offers us to protect Windows

Thanks to Microsoft we can have some free tools that may be enough to protect my Windows computer. That component is called Windows Defender and we could say that it is a new generation protection offered by Microsoft and that is integrated into our operating system. Its function is to protect our computer and the internet connection from attacks by cybercriminals. Thus, we find a security program whose purpose is to detect, eliminate and quarantine any malicious software that tries to sneak onto our computer.

If you want to test the antivirus protection that Windows 10 offers us, we will follow these steps:

Here is an example of the results of an analysis:

As can be seen, to protect my Windows computer we have an antivirus integrated into the operating system that consumes few resources. Regardless of whether you have another antivirus installed, that does not prevent you from being able to perform a scan.

In short, Windows Defender is a good antivirus as can be seen in the results that AV-Test gives it. In addition, it should be noted that it has protection against ransomware using a OneDrive account that can back up our files to recover them when necessary. Here you have fully explained how to use Windows Defender. Nor should we forget that we also have an integrated firewall to protect our internet connection.

We also have the ability to protect our Windows computer with free third-party software. However, we use this type of software or Microsoft agrees that we always have the latest operating system and antivirus updates on. Apart from that antivirus, something worth having would be anti-malware software, such as, for example, Malwarebytes. Thanks to it we can be able to detect and eliminate malware and other advanced threats. 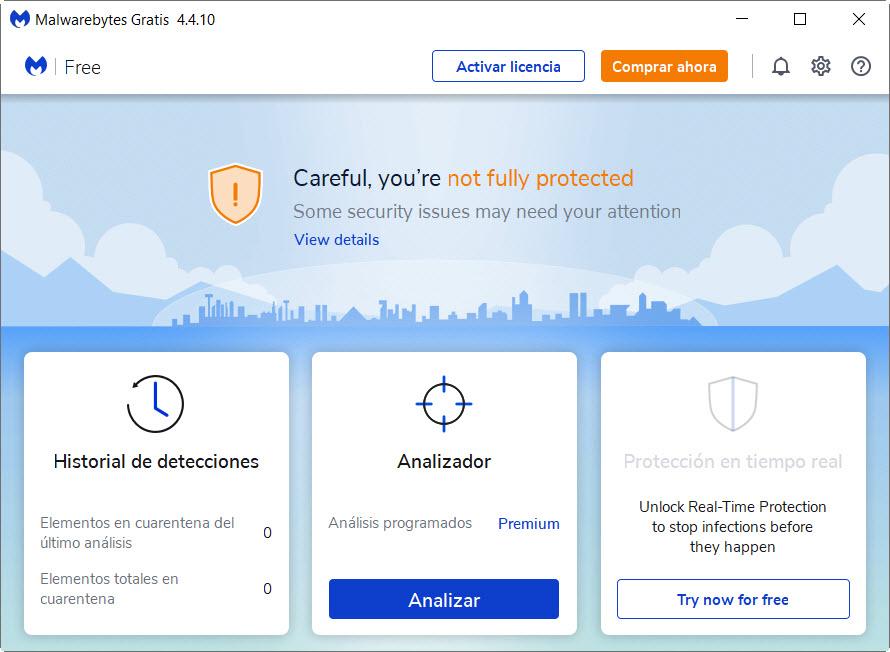 The firewall that it comes with to protect my Windows computer is usually somewhat complicated to configure. For this reason, some users prefer to use a free third-party firewall. A well known one is ZoneAlarm Free Firewall which has many years of experience and a very good reputation along with intuitive setup. The software developer is Check Point, has been working with firewalls for many years and is undoubtedly one of the most prestigious in its segment. If we install it, we obtain a basic protection system designed to offer elementary protection to home users.

When it comes to antivirus software, things are more complicated, as some offer a few more features than Windows Defender. However, what happens is that they tend to consume a little more resources than Microsoft’s antivirus, and in terms of detection in many cases it is quite similar. Some examples of free antivirus that we could install to protect my Windows computer are Avast and Avira.

Finally, here you can learn about and install the best free security tools to protect Windows that, in addition to antivirus and firewall, includes software for detecting adware and spyware.

Fix error 0x800c0006 when installing .NET Framework like this