Just a few days ago we told you that Intel Labs had made important advances in both quantum computing and neuromorphic computing, thanks to the creation of the “Intel Quantum Software Development Kit”, which is the company’s first development kit focused on quantum computing, and the development of Kapoho Point, a highly scalable system made up of eight Loihi 2 chips that includes programmable neurons and improves the efficiency and learning rate by 15 and 12 times, respectively.

Today we can share with you another key achievement in the world of quantum computing, which has been possible thanks to the joint work of Intel Labs and Components Research. both have achieved highest performance and uniformity in the quantum computing industry to date, using silicon spin qubit devices developed at Intel’s Transistor R&D Facility, Gordon Moore Park in Ronler Acres, Hillsboro, Oregon.

If you wonder why this achievement is so important, the answer is very simple, because it leaves us with a fundamental technical and practical base to be able to climb and work in manufacturing quantum chips using Intel’s transistor manufacturing processes. In other words, this is another step that allows the chip giant to continue down the path that will one day lead it to be able to manufacture large-scale qubits based on the basic technology used in the manufacture of transistors.

Key facts from this preview from Intel Labs and Components Research

In the tests, a Intel second-generation silicon spin chipalong with the Cryoprober test device, which is a device designed to test quantum dots that works at 271.45 degrees below zero. The team the team carried out the isolation of 12 quantum dots and four sensors, a result that represents the largest silicon electronic spin device in the industry, with a single electron per zone across an entire 300-gauge silicon wafer. mm. A breakthrough with which Intel demonstrated success on an entire 300mm wafer. 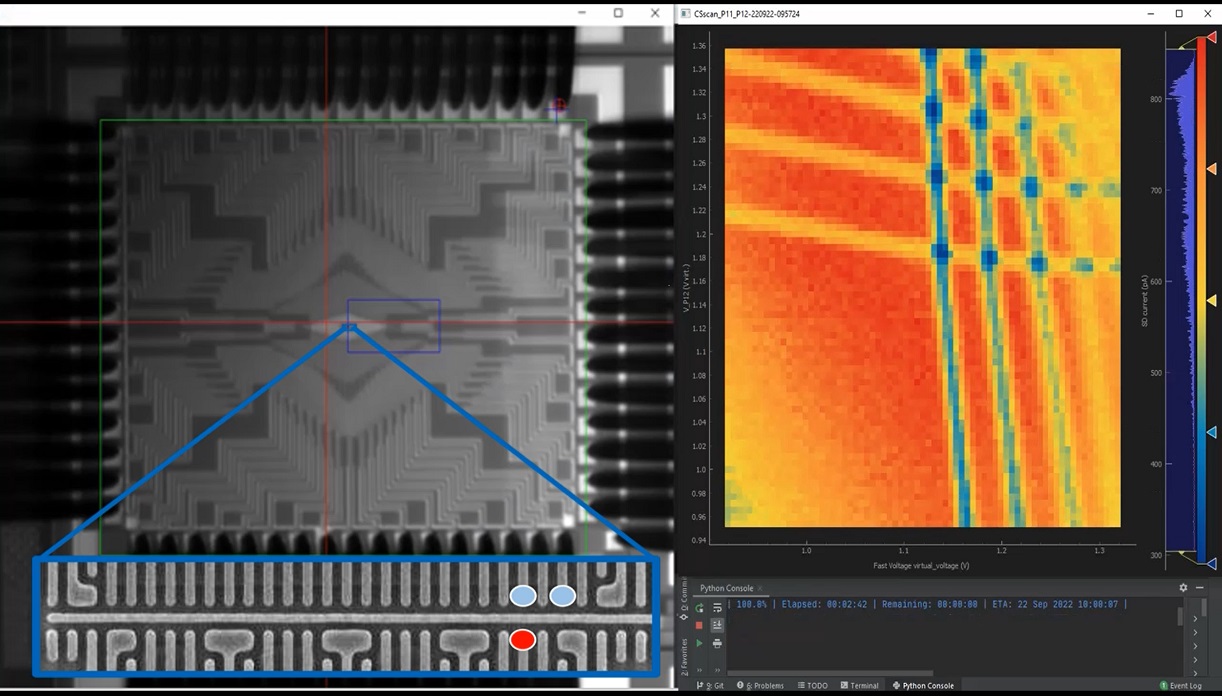 Manufactured using extreme ultraviolet (EUV) lithography, the chips exhibit remarkable uniformity, and a 95% rate of return on the entire wafer. Using the Intel Cryoprober, along with robust automation software, it has been possible to obtain more than 900 single quantum dots and more than 400 double points in the last electron, which can be calibrated to one degree above absolute zero in less than 24 hours. 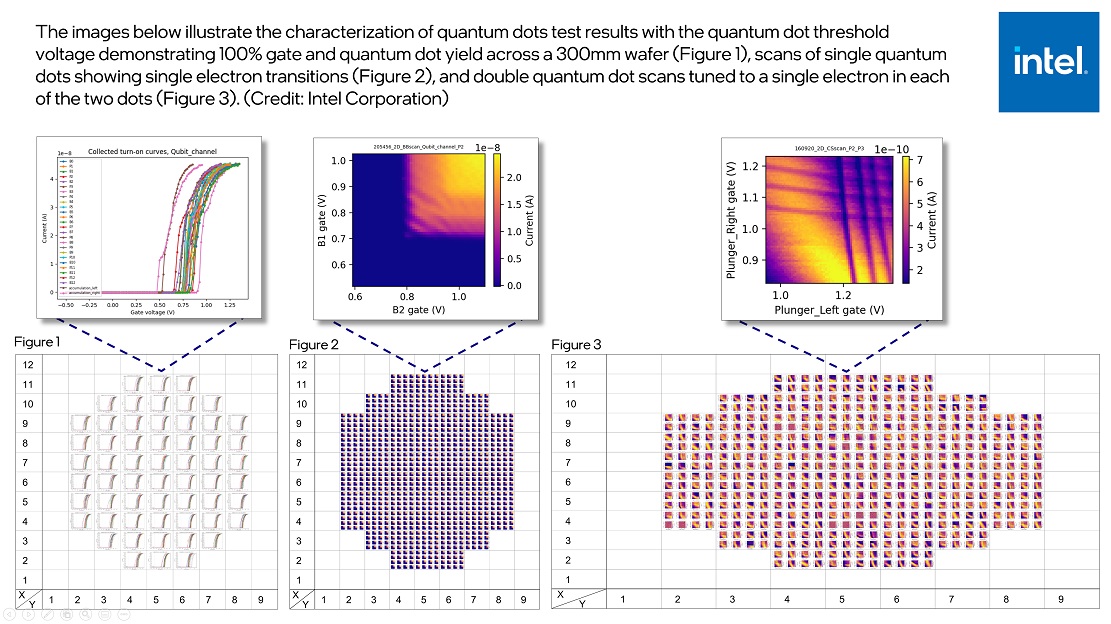 The increased performance and consistency of calibrated devices at low temperatures over previous Intel test chips makes it possible to use statistical process control to identify areas of the manufacturing process that should be optimized. In this way learning is accelerated and this represents, as we anticipated, a fundamental step towards scaling to the thousands or potentially millions of qubits that would be necessary to develop a commercial quantum computer. It is also important to note that inter-wafer performance allowed Intel automate data collection across the wafer in the single-electron regime, making possible the largest demonstration of single and double quantum dots to date.

“Intel continues to advance the fabrication of silicon spin qubits using its own transistor fabrication technology. The high throughput and consistency achieved demonstrate that manufacturing quantum chips on transistor processing nodes established by Intel is the right strategy and it is a strong indicator of success as technologies mature for commercialization.” 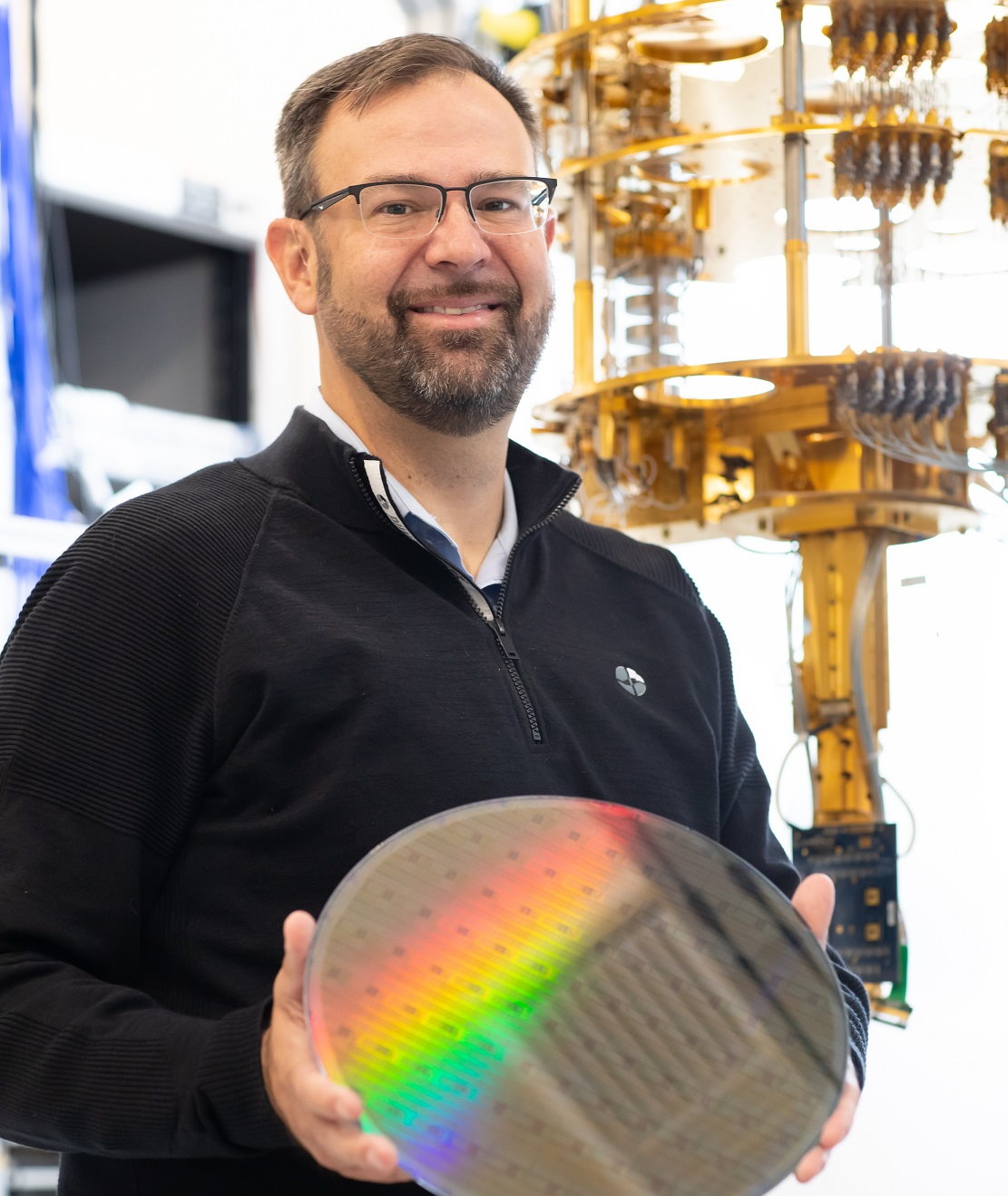 60% of tourists already book online in our country