After releasing iOS 15.4 a few weeks ago, Apple has finally rolled out a new iOS 15.4.1 update that should fix the battery life issues that many users are facing.

The iOS 15.4 update had brought many new features for the iPhones, but above all had a negative impact on the autonomy of certain devices. Indeed, following the deployment of the update, many users took to social networks to denounce a sudden drop in the autonomy of their device.

Asked by some iPhone owners, Apple finally acknowledged the problem, but didn’t consider it a major issue that needed to be fixed with an update. According to the manufacturer, it was enoughwait 48 hours after the update for your iPhone to adapt to the new version and finds a correct autonomy. However, it seems that this was not enough to correct the loss of battery life of some iPhones, which finally pushed Apple to roll out a new version.

Apple wants to improve the autonomy of your iPhone with iOS 15.4.1

With its new iOS 15.4.1 update, Apple announces battery drain issues should be fixed. As a reminder, the iOS 15.4 update did not have a negative impact on all generations of iPhone, since the oldest models had seen their autonomy increase.

In addition to battery fixes, the new update also fixes a bug that affected text navigation or the display of an alert from Braille devices, as well as a bug that caused some hearing aids Made for iPhone were losing connection in some third-party apps.

Finally, iOS and iPadOS 15.4.1 fixes an AppleAVD issue that could allow an application to execute arbitrary code with kernel privileges. Apple says that this flaw may have been actively exploitedso it is a good idea for all users to update their device as soon as possible.

To update your iPhone, go to Settings > General > Software Update. You should find the new iOS 15.4.1 update. If not, rest assured, it should be available to everyone in a few days. 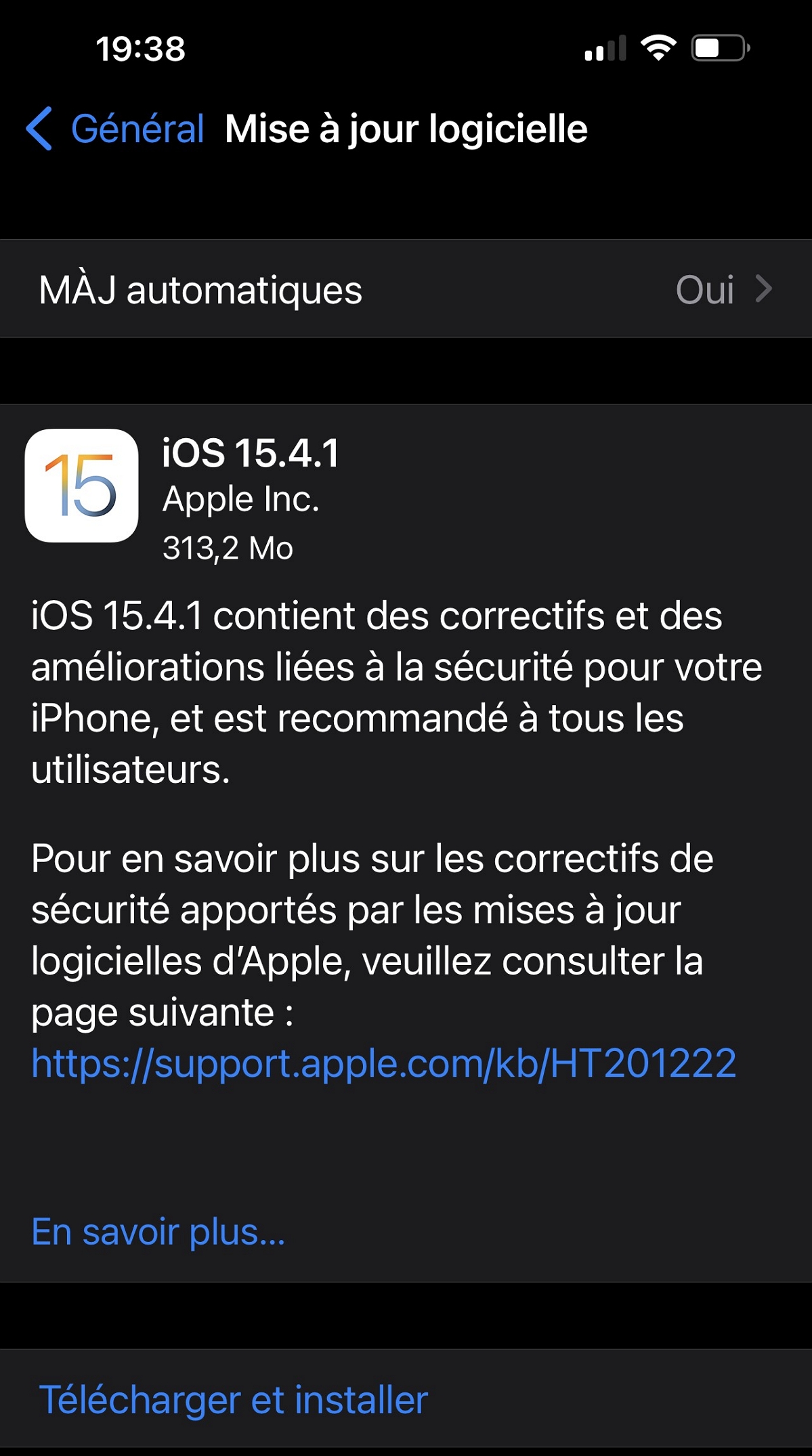 E3 2022 will probably be canceled due to too much competition