Although there is no perfect or invulnerable operating system, it can be said that a Linux computer has a lower risk of being attacked by malware or virus than other systems such as Microsoft’s Windows or Apple’s macOS, for different reasons of the that we will talk about next.

The benefits of Linux to avoid viruses and malware

That Linux computers are not the main target of hackers and viruses has its reason not to be. On the one hand, we find its popularity. The vast majority of computers on the market, both for home and business users, use Windows as the operating system. Linux instead has a much lower market share. This makes the chance of hackers getting some benefit from an infection much lower. For this reason, the normal number of Trojans and viruses for Linux is much lower, which does not mean that they do not exist. There are, and we can have viruses in Linux, but the probability is more remote, without a doubt.

We must also take into account the architecture itself of a Linux operating system. Well, this will always require root permissions to perform any operation, which makes it difficult to introduce viruses. Likewise, Linux distributions have official repositories from where to download the applications, all of them signed and verified. Also, if we stop using Java and other potential vectors for malware such as Silverlight, PDF files, and outdated extensions, it will be more difficult for us to become infected.

Linux is not invulnerable, but it is more secure

It is something that we must be clear about. Linux is not invulnerable in the face of hacker or virus attacks, but it is more secure than other operating systems such as Windows or Linux, largely due to having fewer users. That is why, just by following a few basic security tips, Linux users should consider themselves protected from any threat.

However, none of this means that we should rule out yes or yes the use of an antivirus or firewall in Linux, as it is, although the risk is not zero and still exists. Opening unsafe web pages or opening suspicious emails can end up infecting our computer with a virus or Trojan. Depending on our knowledge and uses, it may be advisable to be forewarned and opt for a free antivirus such as ClamAV, Sophos and Comfortable, as it never hurts to be safe than sorry.

In the same way it would happen with the firewall, as a basic it is dispensable, but in case we run a server on our system (web server, email server, etc), it may be interesting to use it. Thanks to the firewall, incoming connections to certain ports could be restricted, ensuring that they can only interact with the appropriate server application. 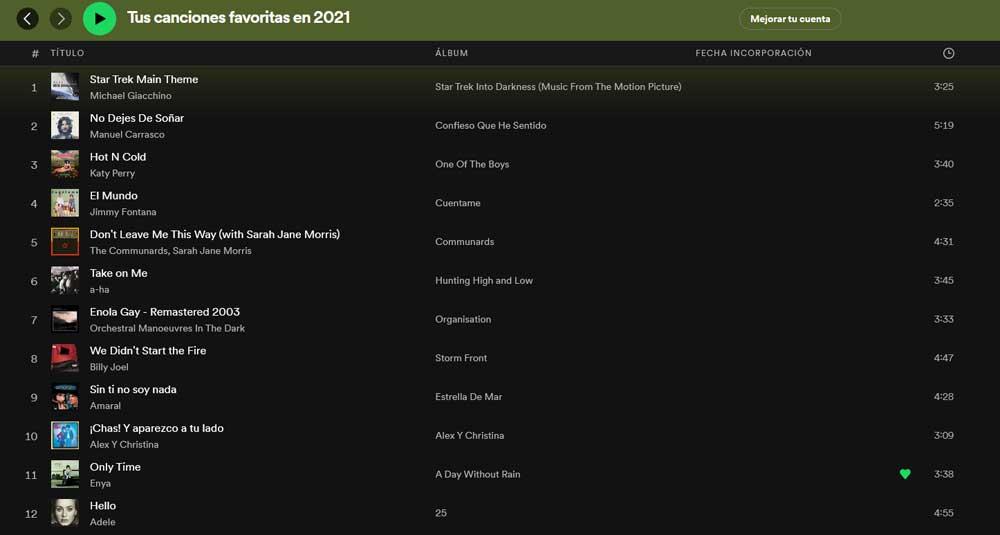 What has been your favorite music of the last 6 years? Find out with this Spotify trick