It all starts on May 17, 2009when user Notch launches a prototype of his new video game, Cave Game. It is nothing more and nothing less than Markus Persson, the Swedish developer and Founder of Mojang Studios. This would be the basis for what would become Minecraft.

But… what was the very first version of this free world like? It could be described as the dream of every flat earther. Cave Game was no more than a flat square world. There were only the blocks of rock and earth with grass, which did not give much room for maneuver except for the creation of figures. In addition, the map was finite and you could fall off the cliff if you got too close to the edge.

From its first release until the end of 2009, the game went through a period of splendor and development. This version, now called classical, content is added weeklyand the players themselves create mods that end up assimilating into the base game. A digital Genesis, wow. Little by little, some basics are developed, such as slopes, stone and wooden blocks and tree cuttings (which have not yet been scheduled to grow). There they decide to change the name of the gameand is finally called Minecraft.

It is a bizarre period in which all the blocks of water and lava are infinite, so it was very easy to flood the map unintentionally (or on purpose). The good thing is that you couldn’t die, because there was only Creative Mode. It’s not until October 2009 what Survival Mode is introduced. This new condition of mortality is accompanied by creepers, skeletons, zombies, and spiders. On the other hand, pigs also appeared. And it is that now it was necessary to make a sandwich to recover from the enemy attacks. 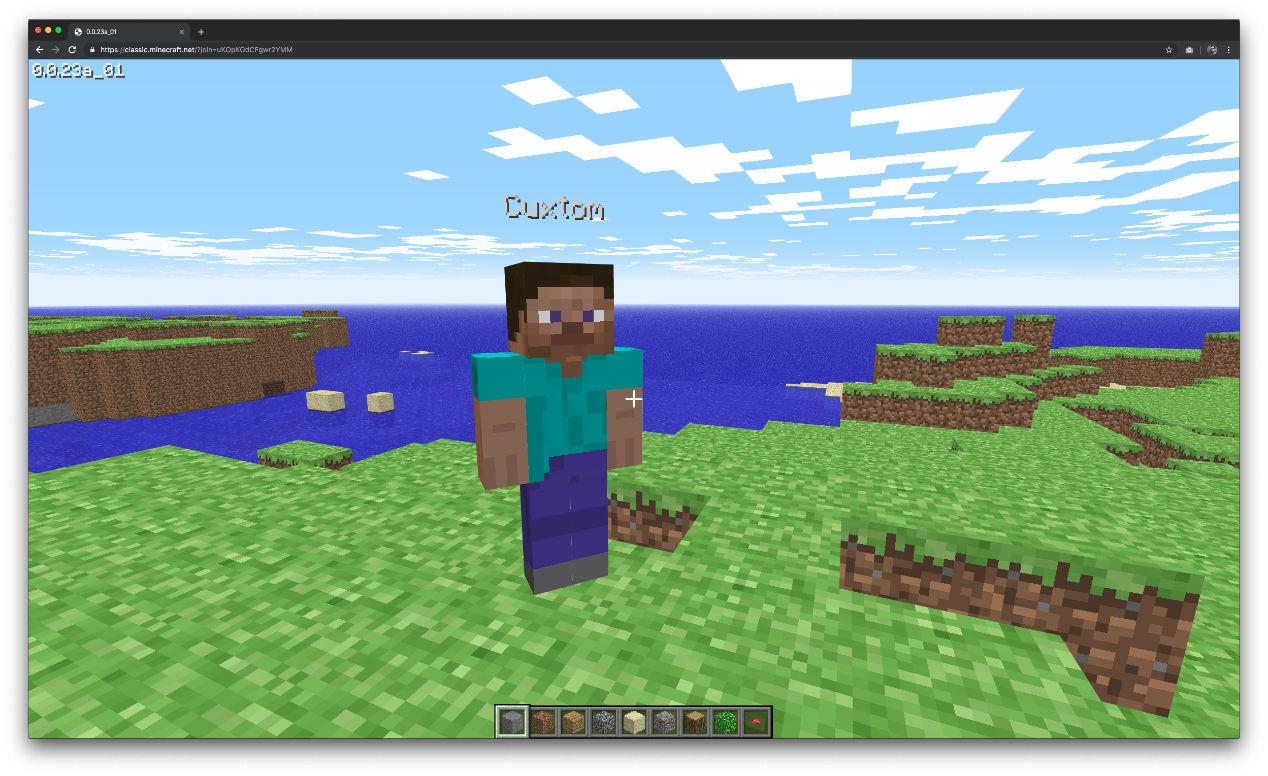 The version minecraft classic it still exists and can be played. It is available for free on the Internet, even in browser versions.

Although the strong point of Minecraft are the modsit is possible to separate the game according to the stages through which it has passed and the platforms on which it is available. Here is a list of all the versions of Minecraft that exist: It’s about the original version created in language Java. And it is that Markus Persson may have many gifts, but having a knack with computer languages ​​is not one of them. The fandom You’ve already been criticized enough for your decision to program this game in Java.

The first complete version of Minecraft is released on November 18, 2011. Three years later, on September 15, 2011, Persson offers the video game to the highest bidder on Twitter; microsoft is not expected and offers a whopping amount of $2.5 billion for the rights to Minecraft and all of its intellectual property. Bedrock Edition is the Windows version of Minecraft. It is available for mobile devices, consoles and even virtual reality through the Microsoft Store. Unlike the version classicalis based on the motor Bedrock Engine, and does not depend on Java. Both this version and the Java version are included in Microsoft’s Game Pass. The Legacy Console Edition It was a exclusive version for consoles which ceased development in 2017. Created by Mojang Studios and 4J Studios, it focused on providing Minecraft support for consoles such as Xbox 360, Xbox One, PlayStation 3, PlayStation Vita, Wii U, and Nintendo Switch. Each of these devices had a Minecraft to their name. Over time, were replaced slowly by Bedrock Edition. This is an edition developed especially for the use in teaching classrooms. Developed from the editing engine bedrockthe Education Edition It is the perfect tool for teachers who use the Learning through games. If in the 90s he reigned adibou in computer classes, here we have the children’s favorite game. Unlike Fortnitethe little ones can get something out of their hours playing Minecraft.

This edition differs from the others by being quite capada. For example, it is not possible to upload a skin or access content on the Internet from an account other than the administrator, which protects small and meets parental control requirements.