With the appearance of streaming platforms for access to audiovisual content, shelves full of drawers, movies and series on VHS or DVD have been left behind. However, the big problem with these platforms is that their catalog is circular and there are titles that they go in and out. It is here where build a homemade netflix makes all the sense in the world. We tell you how to do it, except how to get the content.

Admit it, the thought of getting up, going to the bookshelf, choosing a movie and putting it on the player is now as cumbersome for us as getting up to change the volume or tune the channel when the remote control was invented. And it is that the strength of streaming platforms is the fact of being able to navigate with the remote control or even with a wireless mouse and keyboard via Bluetooth. Of course, a Netflix-type platform also has the ability to stream to other devices and this is where the choice between a NAS or a MiniPC

NAS or MiniPC to have a homemade Netflix?

The content of platforms such as Netflix is ​​located on its own remote servers and is transmitted to our home through our high-speed Internet connection. Therefore, in the event that we want to set up our own version of the service, we will need a storage unit in which to store the information. And this is where the choice between a NAS and a MiniPC makes all the sense in the world.

We have to start from the fact that the NAS are MiniPCs with an expanded storage capacity, that is, with a large number of bays to place hard drives and SSDs under a SATA interface. So how many of these you require will depend on how many movies you want to store inside and at what quality. The latter will depend on the video format, the resolution and the bit rate chosen with each title that we have stored. We simply have to start from the fact that the more space they occupy, the better image quality they will have and the more it will cost to retransmit them.

We are not talking about creating a MiniPC from which to connect it to the television and enjoy the content, but to have the ability to access from any computer, console or mobile phone in our house and if it is even necessary, remote streaming to another location. That is why we talk about having our own Netflix and not an HTPC.

Why choose a NAS?

The reason why we have not chosen a MiniPC has to do with the network capabilities that these systems usually have, since they are usually designed for a simple user to connect to the network and not to act as a server for several, not only they are limited in terms of storage capacity, but obviously their network card is of rather poor specifications. 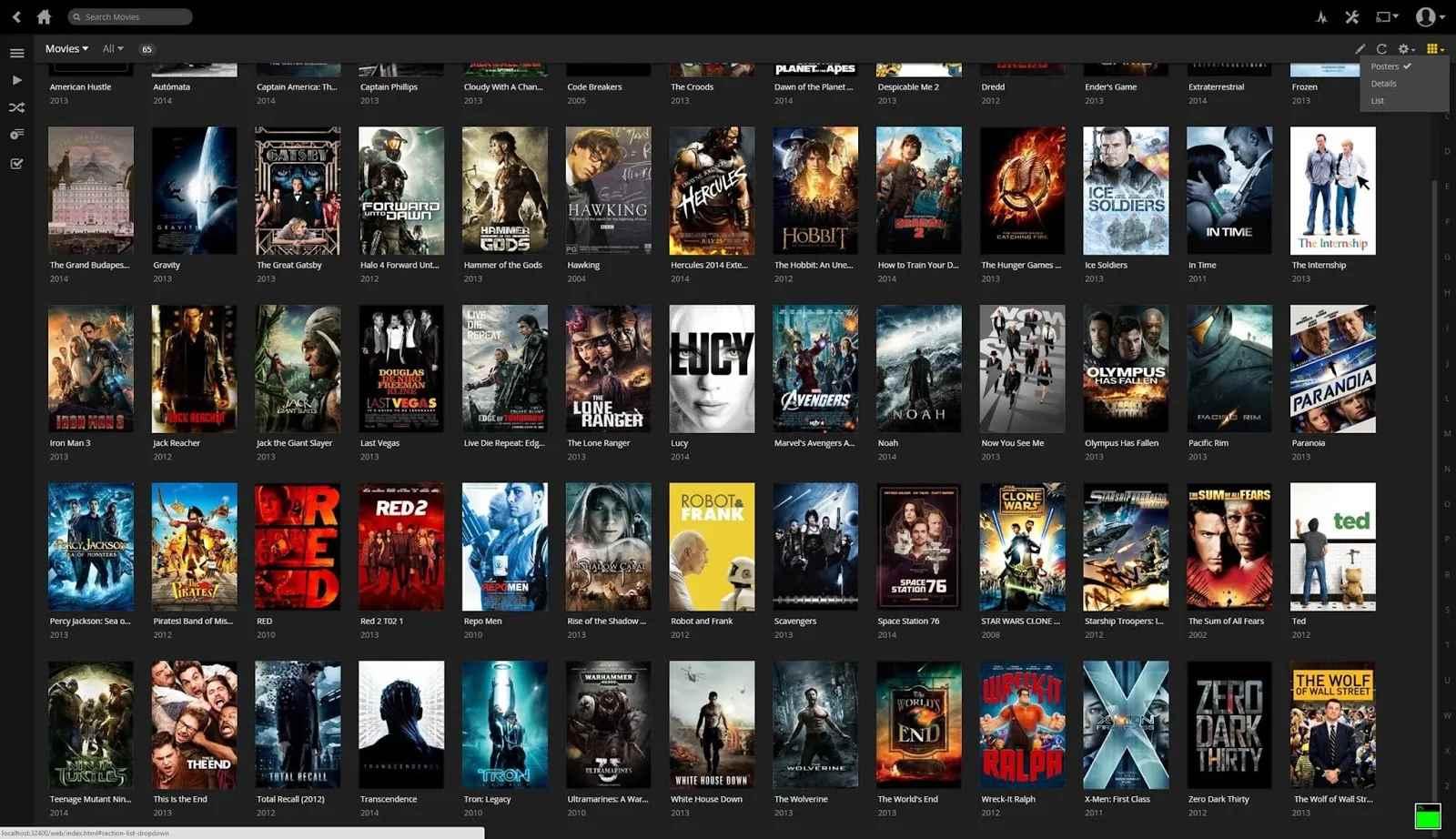 However, it is not enough to choose any NAS, but we have to choose one that has support for DLNA, however, a much better option is opt for a NAS that supports Plex Media Server. With this application you can easily copy your video collection to your network storage server and then view the content from the same Plex application. Which is available on many operating systems, mobile phones, consoles, tablets and can even broadcast when we are away from home through the Internet.

So the choice of NAS for our home Netflix will actually depend on its ability to transmit a specific number of videos simultaneously, as well as its storage capacity. As a cheap option, and available to everyone, we have the TerraMaster F2-221. The simplest model can transmit two videos at the same time within the network or over the Internet at Full HD resolution, so it will be ideal if two people in the same household want to watch the series and movies that you have stored.

Yes, instead, we want something with greater capacity, a good option is the QNAP TS-451+which not only supports a greater number of simultaneous streams to broadcast, but also has HDMI output and can decode 7.1 audio for those who also use it as a Media Center.

Chrome toolbar disappeared? Get it back Will Rialto Bridge be Intel’s next graphics server? Lenovo IdeaPad 5 Pro with Windows 10, with a 20% discount