As expected, coinciding with WWDC 2022, Apple has renewed the operating systems of practically all its devices, leaving a few headlines and some surprises.

Among the most outstanding, the presentation of its new SoC, the Apple M2, which is accompanied by a new generation of MacBook Air computers and the semi-renewal of the 13″ MacBook Pro. But as Apple is also known for what is silent, it has also drawn attention to the null mention in the entire event to RealityOS or to any future virtual or augmented reality device. Perhaps because it is still too early for the brand, perhaps because a launch of this magnitude will have its own exclusive event in the near future. That said, these are the main novelties that have been presented.

One of the rumors that we have heard in recent weeks is that Apple could present the second generation of Apple Silicon, the expected Apple M2, during WWDC 2022, and that it would do so with a MacBook Air. And as you well know, the rumor has not only been fulfilled, but a renewed 13″ MacBook Pro has been added, which, yes, maintains the continuity line of the previous generation.

The new Apple SoC maintains eight cores for the CPU (four for performance and four for efficiency) and up to 10 for the GPU, with 5-nanometer photolithography. However, the improvement in its design has allowed the number of transistors in the Apple M2 to be increased to no less than 20,000 million, compared to 16,000 million for M1.

Another point to take into account is memory. M1 the maximum amount it could manage was 16 gigabytes, while in this generation up to 24 gigs of LPDDR5 RAM is increased, an extra 50%. You will also enjoy a bandwidth of 100 GB / s, again an increase of 50% compared to its predecessor. This improvement in CPU and RAM will surely be noticeable in memory-intensive tasks, such as massive data analysis processes and AI-related processes.

With all these improvements, Apple points to a performance increase of 18% of the CPU, which grows to 25% if we talk about its GPU.

The new operating system for Apple’s desktop is called Ventura and although it doesn’t offer anything especially revolutionary, we do find quite a few improvements for the interface, applications, security or integration with iOS that has already been perceived in recent years.

Perhaps the most notable novelty is what Apple has dubbed “Visual Organizer”, a new feature that brings apps and windows together in a single view so users can focus on their tasks and switch between them with a simple mouse click. It also allows you to create groups of apps for certain tasks or projects, and organize them, change their size or place them wherever the user wants.

However, the one that has attracted the most attention is “Chamber of Continuity”, a feature that turns an iPhone into a webcam. When you bring the phone closer to the computer, it will start receiving the image from the camera. It works wirelessly so you don’t need to connect anything. It has features such as ‘focused framing, ‘study light’, ‘Portrait mode’ or ‘Cenital view’. Ideal for those who work with an external monitor. 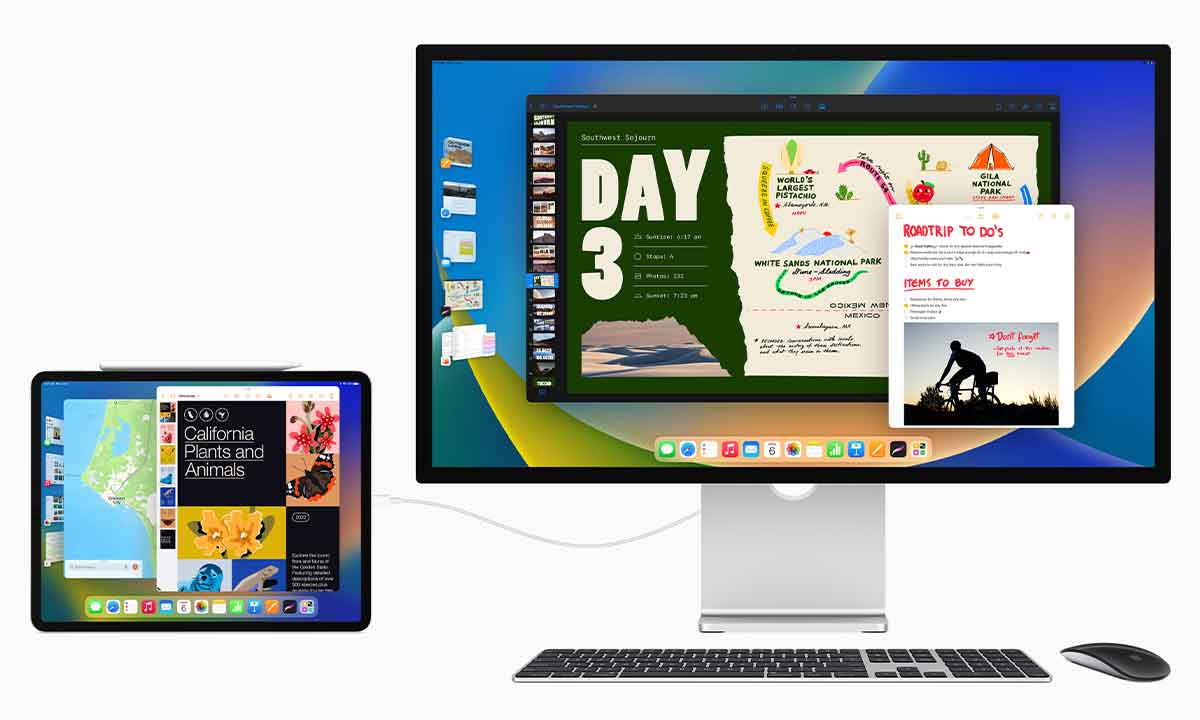 iPadOS 16 and the external monitor

Users have had to insist over and over again for Apple to bring decent external monitor support to its iPad. It does it in iPadOS 16 through that “Visual Organizer” that is also present in macOS 13 and in principle, will only be available for tablets that are equipped with an M1 chip.

Stage Manager will allow you to create overlapping windows of different sizes in a single viewdrag and drop windows from the side or open applications from the Dock to create groups of applications, which we must also add that this new feature of ipadOS 16 will also be extended to external monitors with resolutions up to 6K, so we can completely customize the work area to adapt it to our specific needs. Apple has been stating for some time that its iPads are the great alternative to the PC, and without a doubt with this jump in ipadOS 16 they advance substantially in this regard.

Another very interesting novelty of ipadOS 16 is called Freeform and it comes from the combination of FaceTime and the Apple Pencil, which together offer us a new application integrated into the videoconferencing function of Apple devices. With this function we can create a collaborative workspace as a whiteboard. 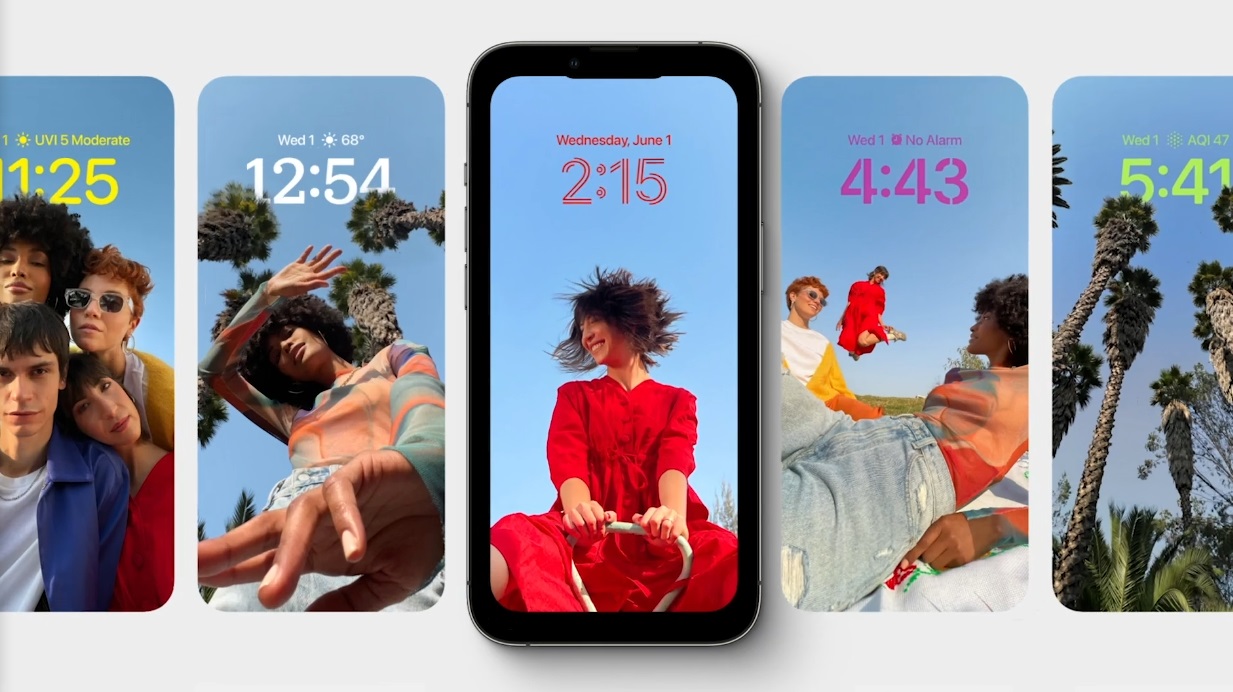 As usual in recent years, it has been in iOS 16 where Apple has presented its main novelties. And although there have been many, the ones that have attracted the most attention are the new lock screen customization options.

This was something long awaited, since it breaks with the routine that iOS users have been facing for many years, and gives them the possibility of introducing numerous elements that will allow them to create aa truly unique lock screen.

The list of options and elements available to customize the iPhone lock screen thanks to iOS 16 is quite extensive, but among the most interesting features are those that allow us to change its color, as well as fonts and filters.

Another of the great novelties is the improvement in the notification system and the information that we receive from those events or tasks that are being carried out live, being able in this sense to have widgets that offer information in real time on the lock screen itself. Other interesting features include the renewal of apple carimprovements in dictation and Live Text or in security and privacy. 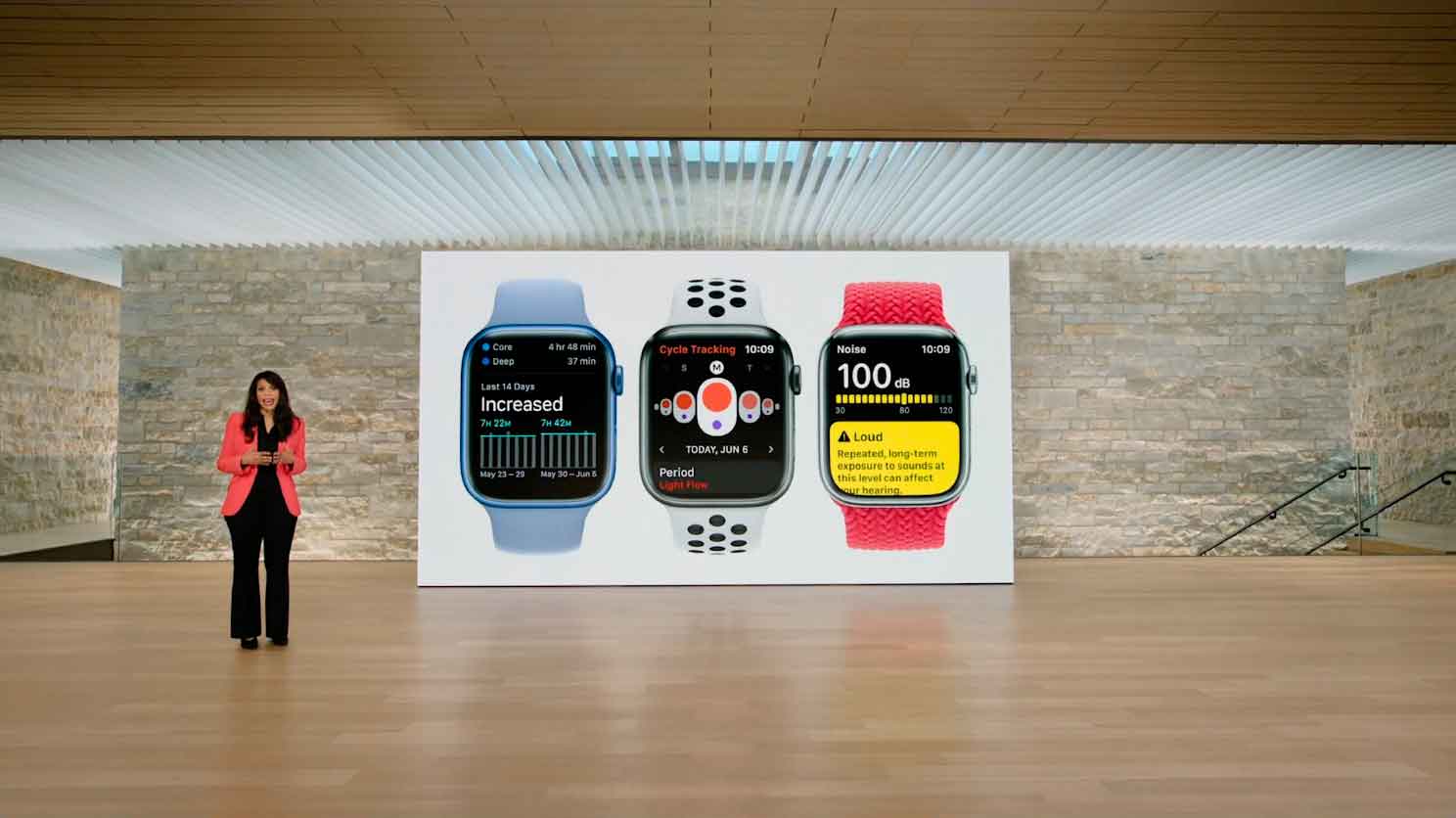 Apple’s smart watch has long been oriented to the field of sports and health, and the renewal of its operating system only confirms it. In addition to aesthetic improvements (such as new spheres), the bulk of the news is found in a much-needed update to its fitness application.

When it comes to running, the first thing that catches your eye is a set of new metrics that tell us about stride length, ground contact time, and vertical oscillation. Additionally, every time we practice sports, watchOS 9 will take and show us more data both in relation to our biometric readings and to the training itself: duration, averages, distances, etc. And a new function, this very valuable in many cases, is that of the training heart zones, as well as the warm-up and rest times.

Tips for the Spanish industry to face the crisis with guarantees

Mooncard succeeds in making the first business payment in the stratosphere