This is the tumble for Gran Turismo 7, whose rating continues to fall on Metacritic. To date, it is 1.7/10, a catastrophic figure since it is the lowest score ever given to a first party PlayStation game. The vast majority of players criticize the title’s economic model, which is now based on microtransactions.

Although not without flaws, Gran Turismo 7 had everything to shine. State-of-the-art PS5 graphics, unparalleled driving sensations, breathtaking precision in movement, in short, the game could have been a great game. If it hadn’t been for stuck a knife in the backs of the players. Indeed, there is one thing that Polyphony Digital obviously failed to mention during its marketing campaign: microtransactions.

And for good reason: the latter were not present at the launch of the title. It was only after the studio decided to change its business model, making it particularly hard (or expensive, depending) to get rare vehicles. “The price of cars is an important element that conveys their value and rarity,” Kazunori Yamauchi, game designer of the game, tried to justify himself. An explanation that did not really convince the fans of the series.

The general dissatisfaction is felt particularly on Metacritic. On the site, Gran Turismo 7 is assigned the dismal score of 1.7/10 by the players. Never in the history of the PlayStation have we seen such a low rating for a title straight out of the Sony stables. Fans are of course complaining about the game’s disastrous business model, but also considerable bugs. Remember that it was recently impossible to start a game for about thirty hours.

Perhaps most appalling is the discrepancy between the ratings from the press and those from the players. Indeed, if they agree that the game is a disaster, the others shout at the masterpiece, or at least tout its gameplay when they don’t go to such extremes. A difference ultimately not so surprising, since Polyphony Digital has decided to integrate microtransactions only after the release of the tests. 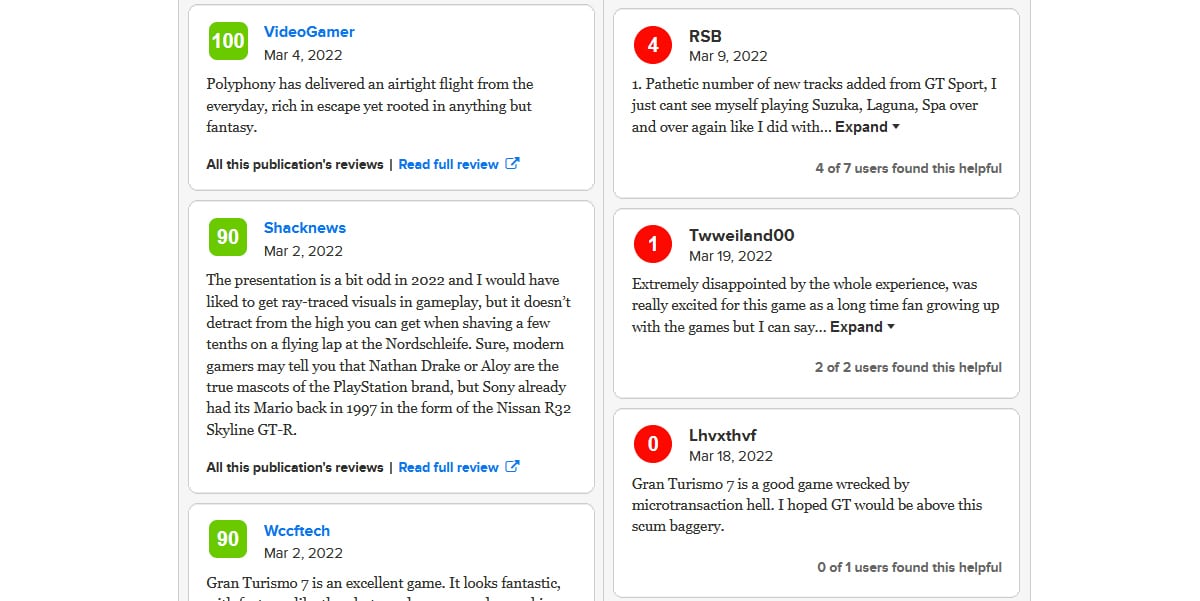 Control how long you watch TV with this Android TV app