Under the name ‘Media Player’, Microsoft has published a new media player. It’s being tested on the Windows 11 Insider channel and will replace the discontinued Groove Music as the default app for playing music and video. It is not known if this development will also end up reaching Windows 10 and the future of other similar applications that Microsoft has for Windows, Movies and TV and the classic Windows Media Player that can be activated from the optional Windows features.

The new Media Player maintains the focus of the classic Windows Media Player updated with ‘modern’ design implemented in Windows 11. A multimedia player eminently focused on running local content (although it is still under development and waiting to be expanded) that have the typical functions of this type of software.

It works like a library to browse, search and play music, as well as create and manage playlists. Same for video content. The application will automatically find any local content stored in the general video folder, but any other can also be added manually. It has support for full screen view and also for a mini player, as well as it supports keyboard shortcuts to improve accessibility functions. 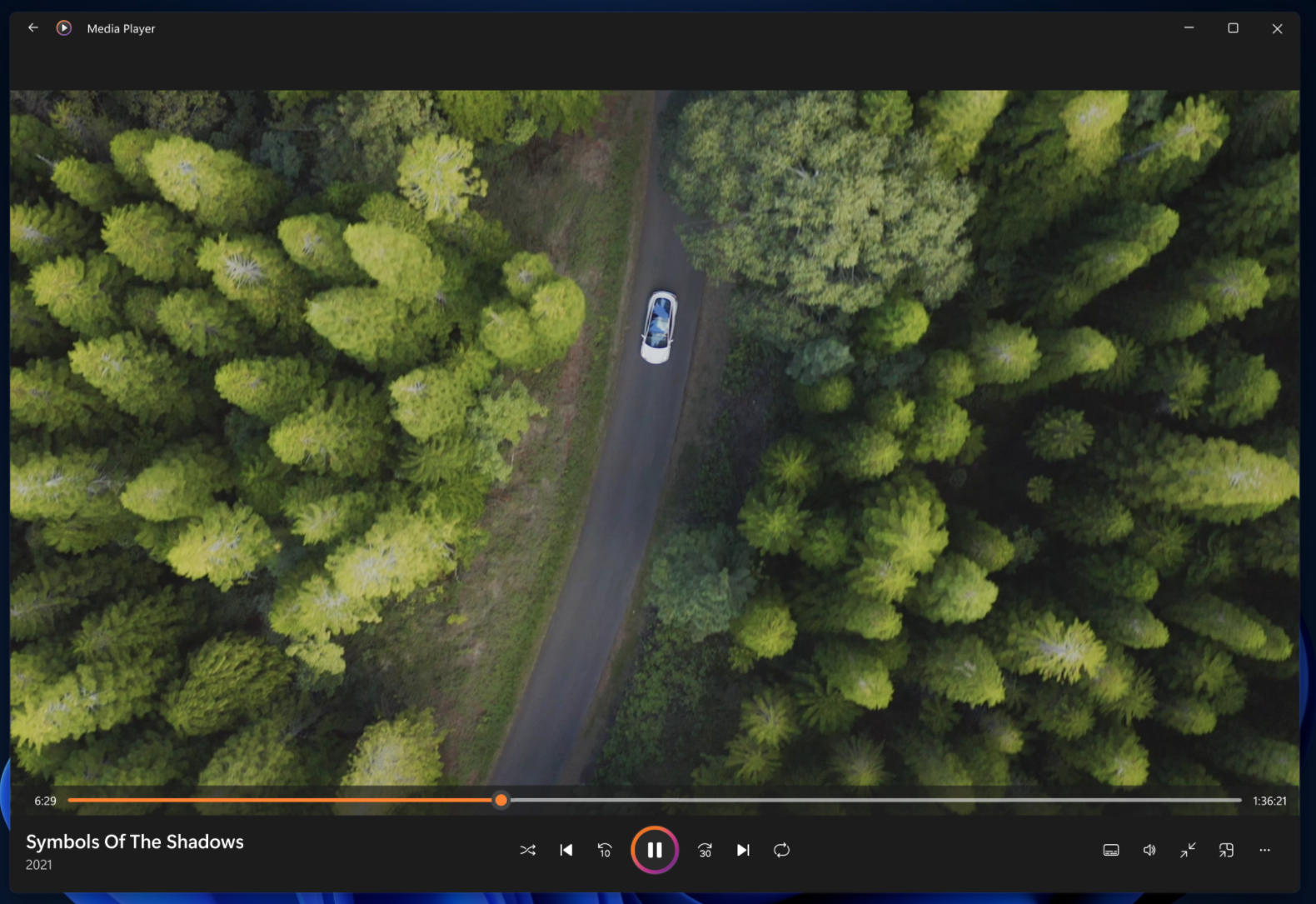 The oldest of the place will remember when in 1991 Windows 3.0 came with a player that had multimedia extensions. It was called the same as the new one that we are presenting to you today, Media Player. The application it evolved with each new version of Windows and Microsoft changed the name to Windows Media Player.

The development was improving to support more video formats, playback of DVDs when they hit the market, music viewing and support for streaming media. Many of us use it for its integration with Windows, its ability to copy and burn CDs and DVDs, or transfer music tracks from CDs to computers.

The last major update for Windows Media Player was in version 12 released in 2009 for Windows 7. Later, it was replaced by Groove Music in Windows 8 (app and system just as unfortunate), although Microsoft kept it in the optional Windows features. For Windows 10 it released another player, Movies and TV, which like Groove has passed without pain or glory.

Like millions of Windows users I used this Windows Media Player massively at the time, but the truth is that I haven’t used any Microsoft player in over a decade. Developments such as VLC, free and open source, with support for most video codecs, in constant development and available for Windows, Mac, Linux, iOS and Android, beats anything native to Windows by a landslide. And it’s not the only one. Kodi is another great example.

Still, we will give this modern Media Player for Windows 11 a try. At the moment it is only available on the Dev channel, testing it on the Insider channel.

The PcComponentes Outlet arrives with discounts of up to 70%

Huawei P50 Pocket: This is the new folding smartphone of the Chinese giant

Over 6 million web pages are infested with malicious ads