First of all, the first thing we should know here is that Windows update it is a Microsoft platform that is part of the default operating system. The same is what the company uses to distribute updates to its operating system. But we are not only talking about updates for the system as such, since it is also used for other very important elements such as the drivers, or the integrated antivirus. Hence precisely its enormous importance in most cases.

Despite the many reviews we have read about this functionality Over the years, the truth is that it usually works quite well in most cases. But of course, due to the aforementioned importance it has, it has also become one of the main handicaps of the Redmond team. This is because on certain occasions, some users may run into various problems here. These are made especially obvious when downloading or installing these updates.

We are talking about problems that, on some occasions, even the Redmond-based firm itself does not know what they are due to, which aggravates it even more. Over the years, Microsoft has added some functions in this regard, such as the ability to delay the arrival of updates.

How to pause updates in Windows Update

As a precautionary measure to avoid the arrival at our Pc potentially unreliable updates, we may delay them. With this we want to tell you that the operating system itself allows us to pause the arrival of these for seven days. This will allow us to wait and see if other users have problems with these arrivals before installing them on our computer.

For this we no longer have to access the application of Windows 10 Settings, for example through the combination of keys Win + I. At that moment we have to go to the option called Update and security / Windows Update. To finish with what we are looking for here, we just have to click on the option called Pause updates for 7 days. It is worth mentioning that this is a period of time that will increase as we press more times in the future.

With everything and with this, this is advisable to carry out for a few days, not forever. Keep in mind that keeping Windows 10 updated will provide us with many advantages, both functional and security. In fact, Microsoft itself recommends that we keep the updated system at all times.

But this does not exempt us from some possible failures that we will detect when updating the operating system. Well, you have to know that unless we use third-party applications to control Windows update, the system usually saves a cache In this regard. Specifically, we are talking about the fact that Windows 10 saves a cache with the data generated by this functionality, all in order to control what is related to these updates. Something that we must also know is that this cache, in addition to occupying a lot of space on the hard disk, can be the cause of many of the problems that we find related to Windows updates.

That is why, as we are going to show you below, clear this cache from Windows Update it can be very useful to us from now on. In the first place, it is usually one of the most effective ways to eliminate problems here, as well as helping us save disk space.

How to clear the Windows Update cache in Windows 10

Well, this is precisely what we want to talk about in these same lines, we refer to the possibility of clear cache Windows Update in a simple way. Therefore, to achieve them, the first thing we must do is stop the service corresponding to the functionality.

In order to access this specific section of the operating system, for example we can write the term Services in the search box of the system. This will not lead to the control window for these items. 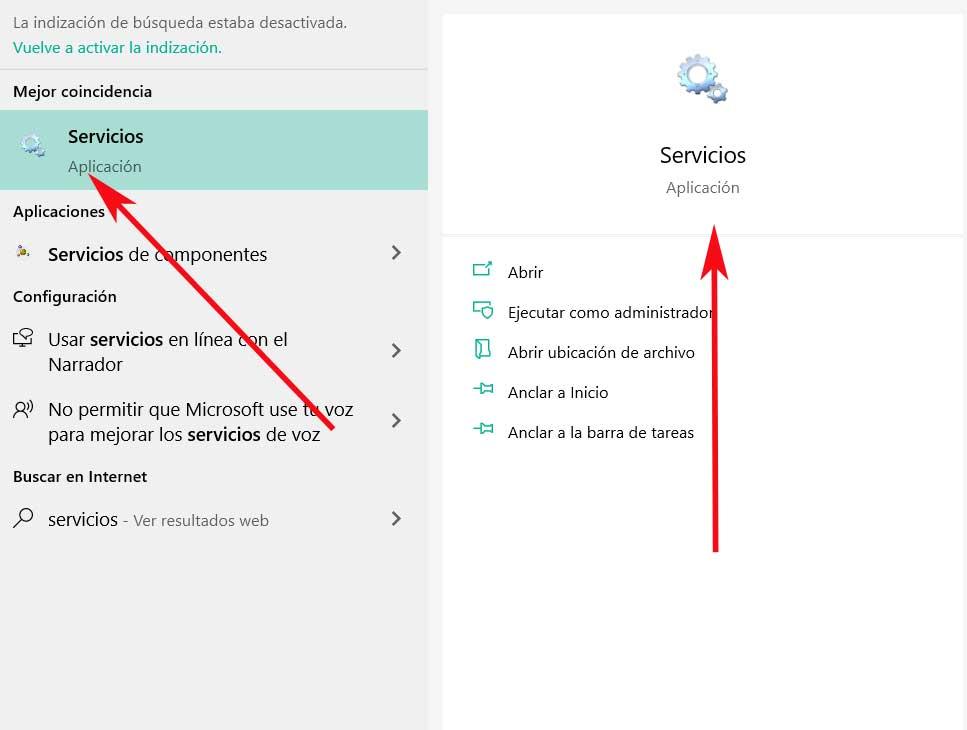 Once the new window of Windows Services, we have to locate the one called precisely Windows Update. We double click on it to open its configuration and in the General tab we click on the Stop button. 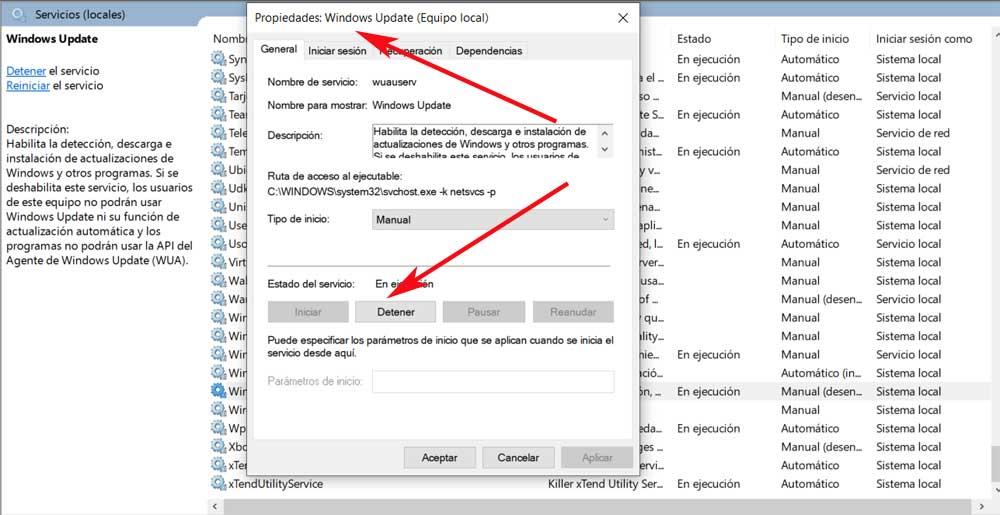 In the event that the Stop button is not active and it appears that we can click on Start, that means that the service is deactivated.

Once we have stopped the Windows Update service, we open an Explorer window with the key combination Win + E. In this case we must move to the disk path that we indicate below:

It is worth mentioning that this is where all the updates from Windows Update are downloaded and where the system caches them. Of course, at first we may not see anything here, since by default these elements are hidden. Thus, before we can see and delete them, we must activate the “Hidden elements” option within the View tab Explorer.

To finish with what we are looking for, clear the cache and free a significant amount of disk, all that remains for us to do is select and delete all the files that appear here. This will only be carried out if we have administrator permissions, since we refer to a folder of the operating system itself. With all this that we have told you, what we managed is to solve the problems related to the Windows Update cache.

Now all we have left is to go back to Service manager that we saw before and locate the same Windows Update entry to reactivate it. Otherwise it would be disabled and we would not receive updates, something not recommended in most cases.

Can’t sign in or get into Microsoft Teams? we help you

Do you remember any special PC? These have been and will be unrepeatable