The Xclipse 920 GPU is the great novelty of Samsung’s Exynos 2200 SoC and there is expectation to know the level it can reach and if the South Korean firm will definitely catch up with its own line of chips in terms of performance against Qualcomm and especially Apple . It seems that at least in the graphic section it will be.

The Xclipse 920 GPU is the result of a strategic collaboration between Samsung and AMD. The firm from Santa Clara, pressured by the leadership of NVIDIA in dedicated and by Intel in the lead in total chips sold, has understood that another good way to increase income is through collaborations with large companies in the industry where it transfers its technology. We have a clear example in the semi-custom chips created for Sony and Microsoft consoles that are sold by the millions.

And now, mobile. The Xclipse graphics chip uses AMD’s RDNA 2 technology and includes advanced features such as hardware accelerated ray tracing and variable rate shading (VRS). These are functions that until now were only available on personal computers and video game consoles, and it is the first time that they arrive at a SoC that will presumably be released on mobile and specifically in the Galaxy S22.

Neither Samsung nor AMD have offered internal data that allows us to find out its degree of performance. 6 compute units were rumored and assuming each includes 64 Stream processors just like other RDNA2 chips, that would mean 384 Stream processors. And a little more.

It has now been listed on the benchmark pages of the Geekbench testing site as a GFX1040 GPU, confirming (if further confirmation was needed) that it is part of the product family. AMD’s RDNA2.

What interests us here is the level of performance and we have two data that confirm its high level. And that the quoted working frequency of 555 MHz is quite low. 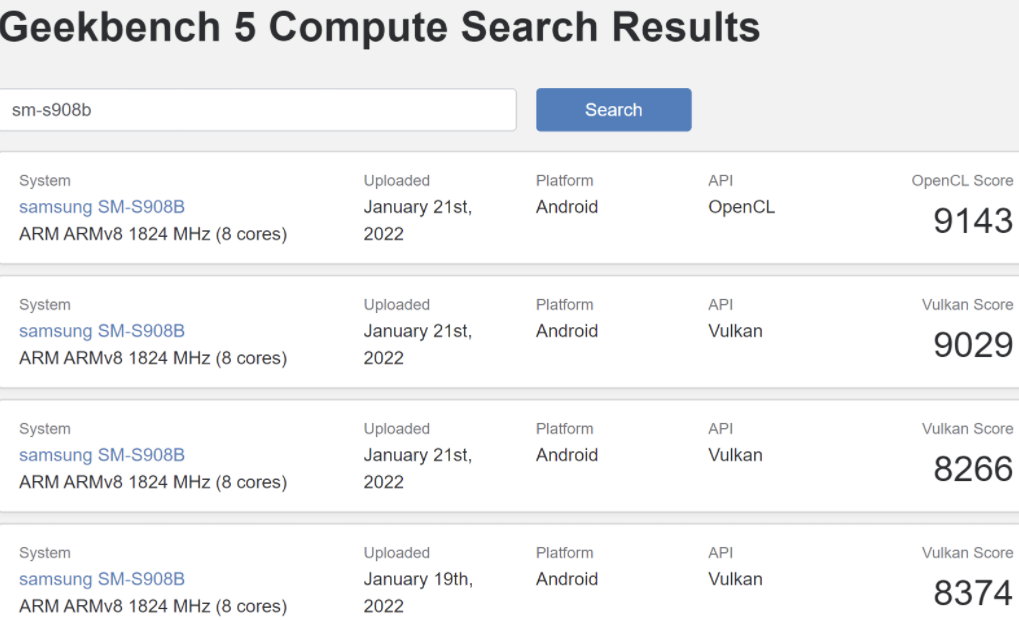 As we always say about these synthetic tests, we lack data and real tests to verify the effective performance of this Xclipse 920 GPU, which is the star of the Exynos 2200, although Samsung has also introduced other components to achieve the highest level in mobile chipsets. We are waiting for it for the Galaxy S22 that will be presented on February 9.

Wireless headphones with active noise reduction at 20% off at AliExpress

Google Pixel Fold: here is an overview of the price of the foldable smartphone

6 popular science books that everyone should read (or give away)