Article Index
A GaN charger capable of delivering up to 1600W
Why a GaN charger?

A GaN charger capable of delivering up to 1600W

The new HyperJuice chargers from Hyper have as a striking feature the possibility of offering up to 1,600 W of power, but before I tell you how, let us talk to you about other things first. To start with how its creation was conceived through a Kickstarter campaign.

Kickstarter is a crowdfunding platform that does not need presentations, although nowadays and despite the fact that it is still very relevant, it is used by many users to learn about new products that they follow the track for when they finally reach stores. Nothing to finance its creation despite the advantages that are usually offered. Well, this GaN charger from Hyper was born out of one of these campaigns.

The manufacturer showed a proposal that not only drew attention for its technical capabilities, but also for a particular design that allowed use up to 16 stacked chargers one above the other. How? Well, taking advantage of the fact that, like some repeaters and PLCs, include a second female plug. 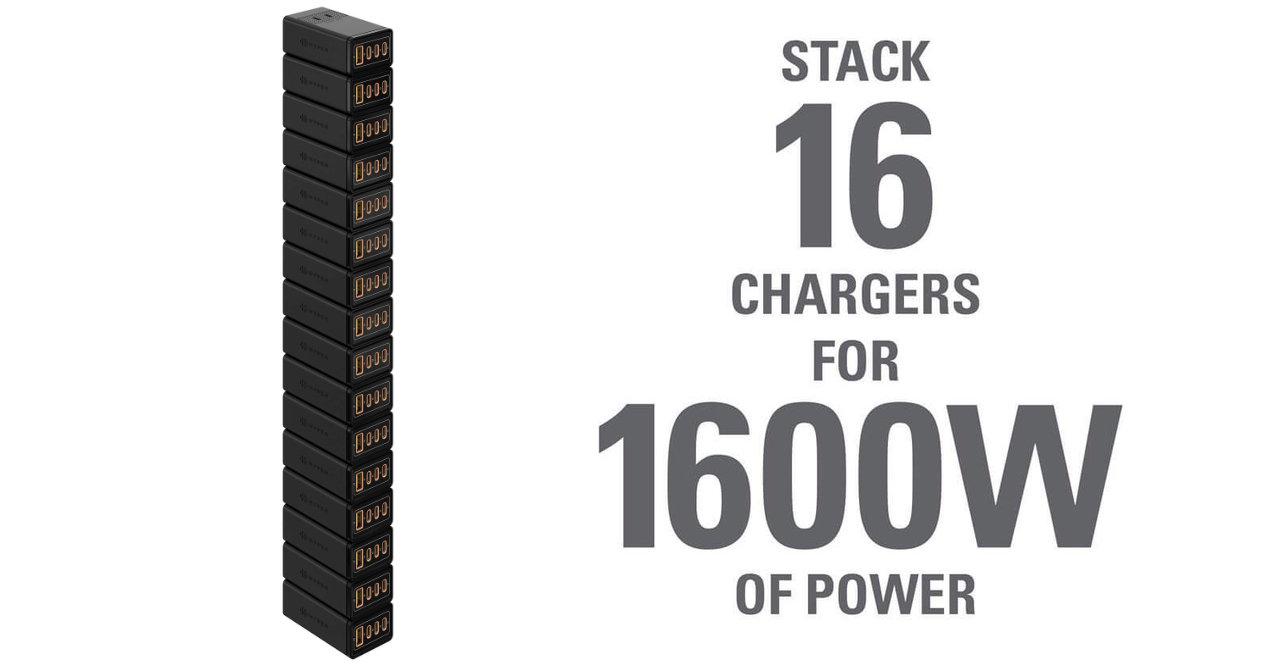 Logically it is true that getting to plug up to 16 chargers in series will not be what most do. What’s more, some will even wonder to what extent it is or would it be safe to do something like this in a single shot due to possible warm-ups, etc.

The downside, that the type of plug it offers is the American. Therefore, users in Europe or in other countries where the connector is different could not take advantage of them unless they made use of adapters. Something that would make him lose all royal appeal. And it’s a shame, because a version with European connector would be perfect for many of us.

If they launched a version with a European connector, it would be a product to take into account, because in a very compact form factor there is a GaN charger available in two versions: one with 65W of power and another with 100W with different numbers of connections. 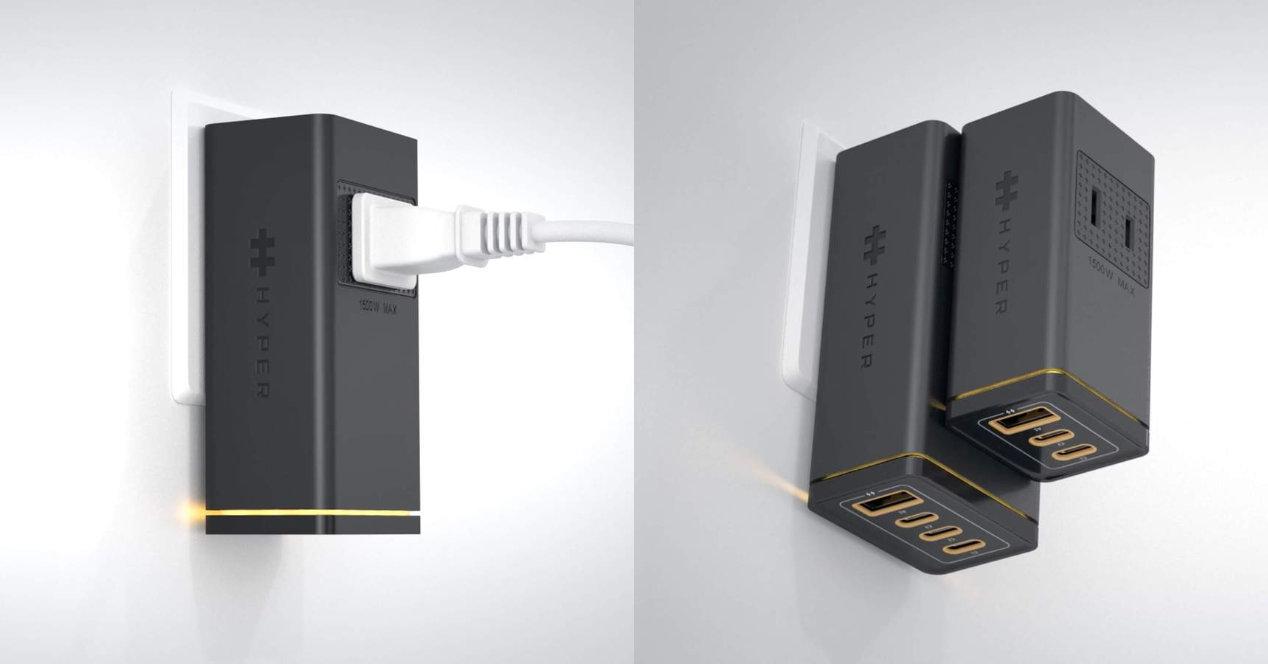 The charger with less power offers two USB C connections capable of delivering 65W plus a USB A of just 18W, although they are more than enough for the type of devices it would charge. On the other hand, the large version already goes up to three USB C connectors with a power of 100W and one USB A that repeats the same 18W.

Why a GaN charger? 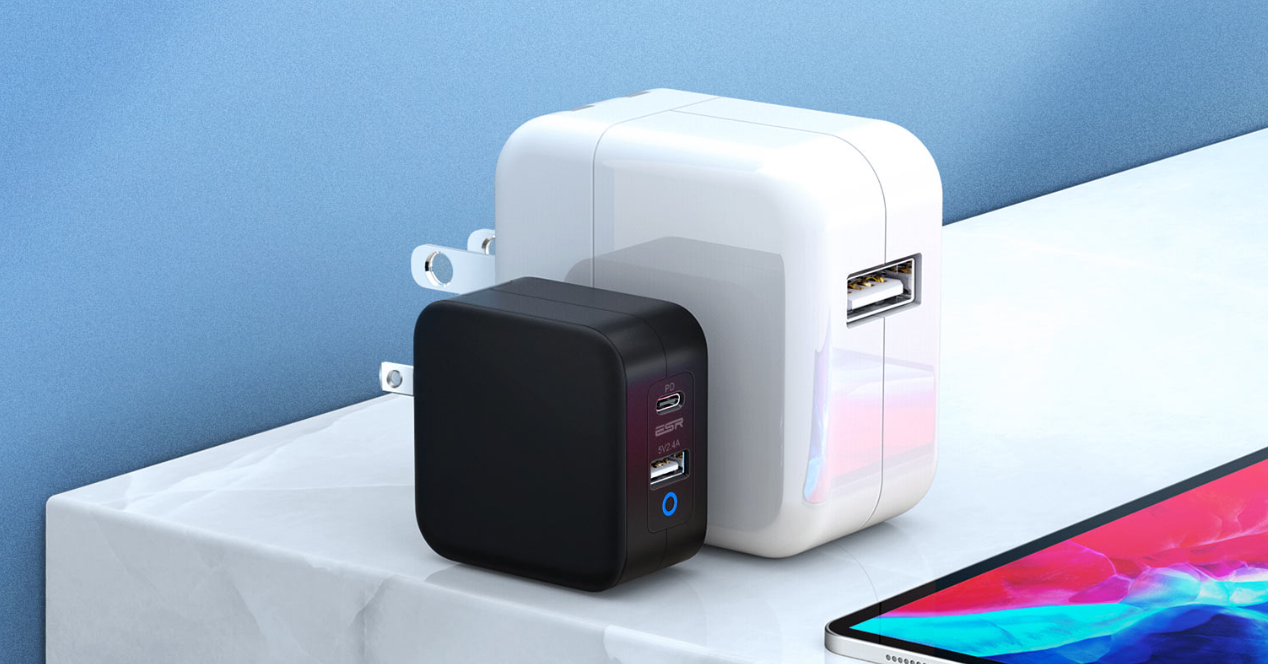 As we saw a few months ago, GaN chargers offer multiple advantages, but it is their miniaturization that is the most important of all. Being able to have in a charger like that of a mobile everything you need to charge different devices, even a laptop of mass consumption, it is something really striking for those who are traveling frequently.

Currently there are already many brands that have similar proposals, so it is easy to find options to this one from Hyper. They may not have a design as interesting as this one because of its connector that allows you to plug others into it, but if you need something versatile to charge several devices at the same time when you are away from home, take a look at the options, you will see how nothing else start using them you value more. Especially now that it seems that finally charging by USB C is the most common.

Apple wants to detect depression and anxiety with the Apple Watch, how?