The James Webb Space Telescope has just taken off from Kourou. The opportunity to review the genesis of this extraordinary mission.

December 25, 2021, 1:20 p.m., Kourou French Guiana. The aisles of the ESA launch center are eerily quiet minutes before takeoff. It must be said that the excitement and the crowd that had invaded the base in recent hours have given way to stress and anxiety in these final moments.

All eyes are now on this Ariane 5 rocket, the center of attention. Because this mission is not a flight like the others. Under its hood, nearly 50 meters high, the James Webb Space Telescope bides its time. He who has been talked about so much, whether because of his name, his abilities or the various delays in his construction.

Some say it is already a miracle to find it assembled and finished at the top of this monster of power that is the Ariane 5 rocket. Originally scheduled for 2009, the telescope’s takeoff has been delayed for more than a decade. . No one still believed in the project in 2011, when it was on the verge of being abandoned.

But ultimately NASA held on, with ACS, the Canadian Space Agency, and ESA, James Webb will see the stars. One of NASA’s most expensive programs since Apollo will therefore come to an end. Because yes, the JWST mission is American – James Webb being the name of the boss of NASA during the Apollo missions – but the launch will be the responsibility of the Europeans. A great way to disperse the costs for NASA, while doing a little geopolitics in the process.

The James Webb Space Telescope and the @ ariane5 rocket it’s riding on are all settled in their final position on Earth. Next step: launch on Dec. 25 at 7:20 am ET (12:20 UTC) to #UnfoldTheUniverse: https://t.co/ip2P4oAxJW

But the choice of Ariane 5 is not only motivated by political or economic reasons. It is also the choice of reason. Indeed, no one has succeeded in making rockets more reliable than the European launcher. With 111 flights to its credit, for only 5 failures, the European rocket is a model of its kind.

Ariane 5 has only committed one small trajectory error since 2003. Almost 20 years and 100 flights without problems. With this most impressive CV, we understand much better the choice of NASA. Because here, it is still a question of placing in space an object worth 10 billion dollars. No question then of taking an inexpensive launcher, the reliability of which would not be the highest quality.

But the most important thing in this mission, and no one is mistaken, is what is under the fairing of the rocket. This space telescope must be the future of our scientific knowledge, as Hubble was before it. If the calendar could lead us to believe a handover of power, between Earth’s two eyes, Hubble and James Webb actually don’t have much in common. To fully understand this nuance, we must look at the fields of study of the two space telescopes.

As for the older of the two, who has been floating in space since the very end of the 1980s, Hubble has a proven track record. We can no longer count the number of scientific publications that have based their work on his surveys and photos. But these images, captured using Hubble’s primary mirror, are likely to look dull and brooding once JWST kicks in.

Indeed, the first difference in size between the two telescopes, you don’t have to be an astronomer to realize it. Hubble’s primary mirror measures 2.4 meters in diameter, where James Webb’s will be over 6.5 feet. Below is a NASA illustration to realize the difference in size between the two mirrors, which will serve as a basis for observing the sky.

NASA also explains on its website that one of the big differences between the two telescopes will be in their respective positions. Indeed, the American agency had placed Hubble in an orbit close to the Earth, a little less than 600 kilometers above our heads. A point in space which allowed repairs and modifications to be made, as was the case several times in history, but which does not allow being in the shadow of the Earth, and which therefore exposes the telescope radiation from the Sun.

In order to counter this problem, the US space agency has chosen to send the James Webb telescope much further into space, more than a million kilometers from Earth. The latter will then orbit around the Lagrange 2 point, a region of space where the gravitational forces of the Earth and the Sun find a point of equilibrium. The telescope will then revolve around the Sun, at the same speed as the Earth.

This positioning, if it makes any attempt at repairs during a mission impossible, should allow the telescope to observe infrared lights continuously, which will never be hampered by the Sun’s rays.

Go back in time to the Big Bang

But the goal of the James Webb Space Telescope, just as it was with Hubble in the 90s, is above all to go back in time. Focusing on infrared lights, NASA scientists are confident. James Webb will be more precise than Hubble and will be able to go back even further in the history of the Universe in order to provide answers on his first moments.

Hubble has already successfully charted the sky, and discovered galaxies over 13 billion years old, but NASA wants more. The James Webb telescope should therefore allow the agency to learn more about the formation of our universe. 13.6 billion years ago.

The world’s most powerful telescope is set to launch. What do you want to know about @NASAWebb, its rocket or the science it will do?

In the words of NASA, which does not lack qualifier to dry up dislodges its telescope, the latter should “Allow science to take a leap forward” as rarely has been the case in history. It must be said that when a 20-year-old project which cost the trifle of 10 billion dollars ends up materializing, the expectations are inevitably high.

The genesis of the James Webb project

Because building a space telescope does not happen overnight, and the James Webb Space Telescope project has not been born in recent years. Indeed, from the launch of Hubble and its commissioning, the limits of the telescope are felt, and the scientific world is already pleading to find a traveling companion for it to complete the observations of the sky in all lengths of the sky. possible wave.

But this scientifically logical request does not correspond to the needs and especially to the budget of NASA, which must also recover from the Challenger accident in 1986. The American space agency cannot therefore launch a new telescope project expensive space, even though its financing is questioned by a large part of American public opinion.

It was finally until the early 2000s to hear again about a project of this kind. At the time Hubble had proven its worth, but the telescope was limited. Plus, while still very functional, Hubble won’t be forever, and the thinking heads of NASA are well aware of that.

While the Constellation project, which was to send men back to the moon is in decline, NASA finally turns to an entirely different project, sounding much more scientific. With the help of ESA and ACS, the Canadian space agency, the Americans will therefore design the beginnings of what will be the James Webb telescope.

20 years later and a completely exceeded budget, which today turns between 10 and 11 billion dollars. The James Webb Space Telescope project is finally reaching its goal. While the launch has been delayed countless times, NASA has finally chosen Christmas Day to end this space telescope.

In the next few days, James Webb will be racing through space towards Point Lagrange 2. A journey that should last 29 days before the real fun begins.

The controversy surrounding his name

Hubble paid tribute to Edwin Hubble, an American astronomer known in particular for being at the origin of a law of fundamental physics which today bears his name, he notably worked on the Big Bang and on the galaxies, with the sequence from Hubble. At the launch of the James Webb project, the latter was initially named, the “Next Generation Space Telescope”. This name will finally be abandoned by the administrators of the NASA to pay homage to one of their peers, James Webb, boss of the American space agency during the most beautiful period of its history, the 60s and the Apollo missions.

A choice that seen from the outside may seem very logical, when we know all the discipline and leadership that James Webb was able to bring during the 1960s, especially after the death of JFK to keep the Apollo program going, and so send men to the moon. A politician first and foremost, James Webb left NASA in 1968, just before the 11th and most famous mission of the Apollo program.

But while the name seemed to gain consensus in the scientific world until recently, NASA found itself in a whole new kind of social affair for it. In fact, petitions have begun to circulate for the name of James Webb to be abandoned with regard to this telescope.

If the management talents or political maneuvers of James Webb are recognized to him, the latter would also have been a notorious homophobe, leaving no room for the LGBT community within the NASA that he led. This controversy prompted NASA to conduct several investigations into whether or not the space telescope that was about to leave could still bear the name of James Webb.

Despite controversies of all kinds, the choice was made to keep the name of James Webb. The man at the head of NASA during the conquest of the Moon will therefore mark the history of space in a second way, by adding his name to future discoveries, which could well change our understanding of the Universe. 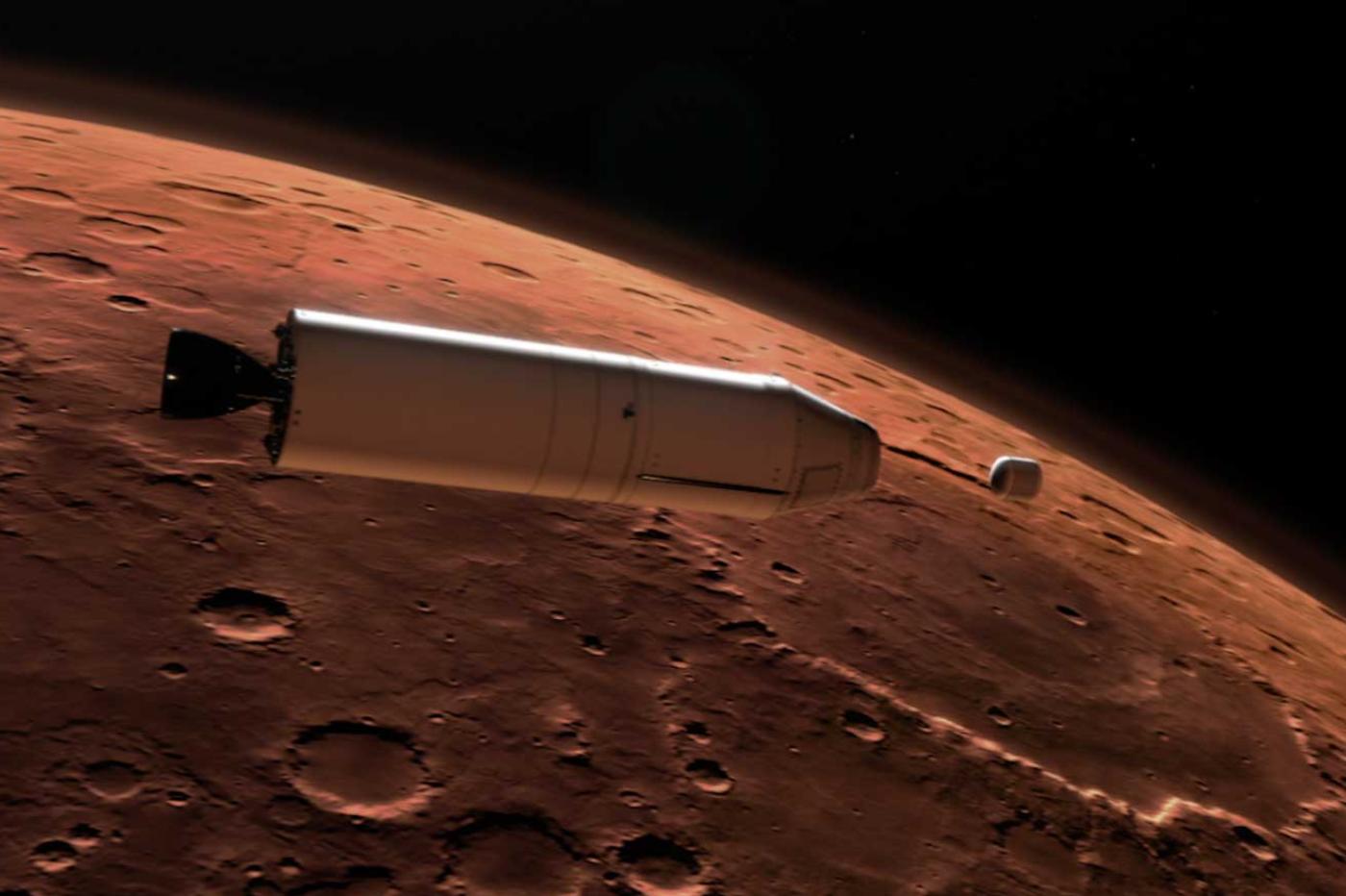 NASA will launch the first rocket from another planet before 2030 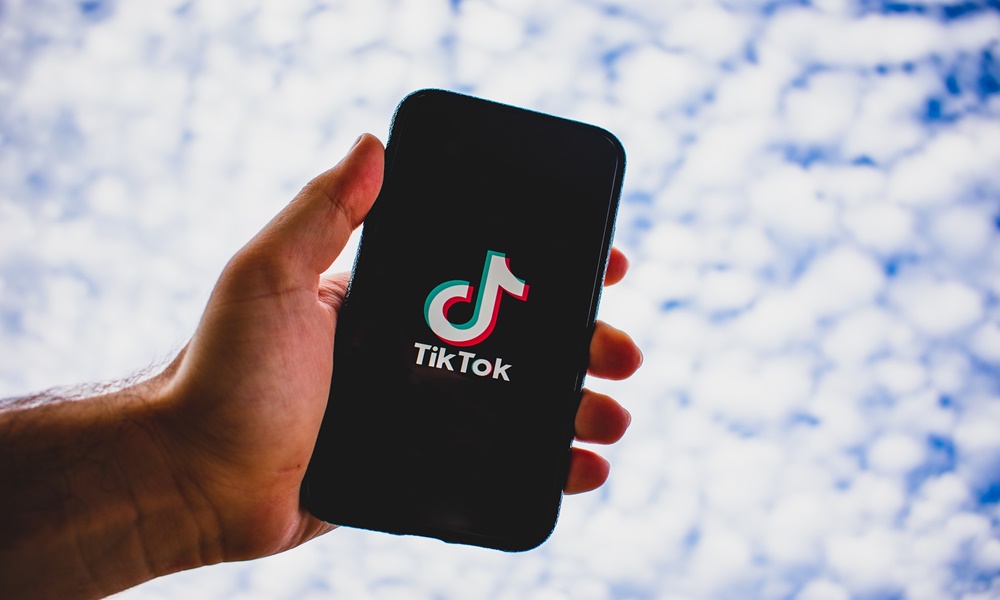 TikTok and Oracle seal their final alliance in the United States 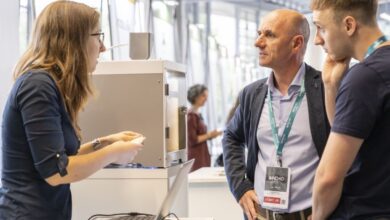 How to listen to audio messages on WhatsApp discreetly