The interesting thing about Mini PCs is that they consume very little, take up very little space and are quite cheap. One of the strengths they have in many cases is that they can be installed directly behind the SmartTV. What this allows us is to better visualize the wiring and have everything computerized and clean.

What can I do with a Mini PC?

Surely you are wondering why you want one of these compact and, in some cases, pocket computers. Well, we should not only think of them as what they are, computers, but also what capabilities they offer us. Let’s see some of the things we can do with them:

There are solutions for all tastes and pockets, as usual, but we have chosen three very cheap options. They are solutions with very tight features, but they allow us to do anything without problems.

Among all the systems we have seen, this is the cheapest we have found. This BMAX Mini B1 is based on a processor Intel Celeron J3060 with 2 cores and 2 threads with a base frequency of 1.6 GHz and that can reach up to 2.5 GHz. It integrates a discrete graphics that reaches up to 700 MHz and has a consumption of only 6W.

This system is complemented with 4GB of LPDDR3 memory and a total of 64GB eMMC Something quite interesting is that it allows you to install an M.2 2280 SSD to expand capacity.

One of the points that may interest us most is the connectivity of this system. It has WiFi 5 and Bluetooth 4.2. It has two USB 3.0 ports, two USB 2.0 ports and a microSD card reader. In addition, it has a Gigabit Ethernet port and a HDMI port.

The truth is that they are not the best specifications in the world, but it can handle everything we ask of it. For the uses described above it is sufficient.

This option is more interesting than the previous model as it has better general specifications. It is based on a processor Intel Celeron N4020 with 2 cores and 2 threads working at a frequency of 1.1 GHz and that reaches up to 2.8 GHz in Boost mode. It integrates an Intel UHD 600 discrete graphics that can reach 650 MHz. We are talking about a processor with a consumption of only 6W .

We have in this case 4GB of DDR4 RAM, so we will have an extra performance also in this sense. On the other hand, it has 64GB eMMC for storage. The good thing is that we can expand the capacity since it has a SATA 3 port and an M.2 2242 NGFF. 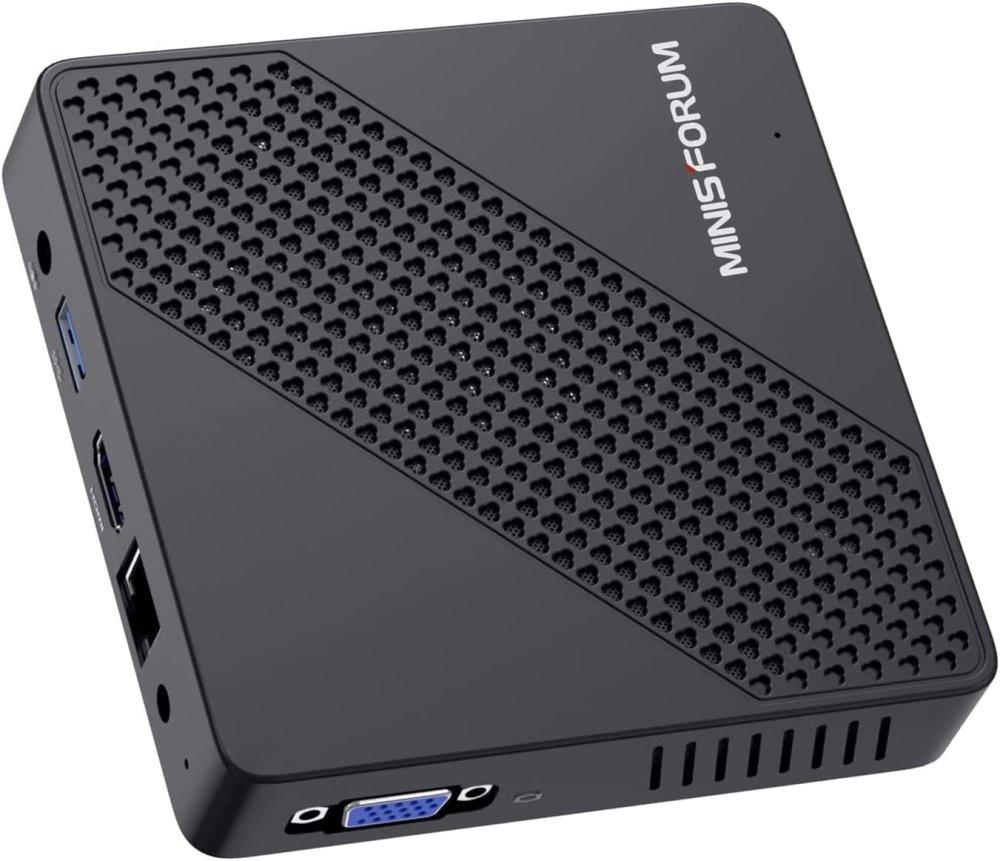 Regarding connectivity, it has support for Wi-Fi 5 and Bluetooth 4.2, which is not bad. Also has three USB 3.0 ports, an SDXC card reader, a HDMI porta VGA port and a Gigabit Ethernet port.

As far as it goes, it is the best possible option considering that it is an economical and simple solution. In addition, it includes a VESA bracket to install it behind the television.

Finally we have this quite peculiar system that looks more like a flash drive than a computer. This system in stick format is based on the processor Intel Celeron N4000. What this processor offers us are 2 cores and 2 threads working at a base frequency of 1.1 GHz and that reaches 2.6 GHz in Boost mode. In addition, it integrates an Intel UHD 600 discrete graphics that reaches up to 650 MHz. It has a consumption this 6W processor, making it highly efficient.

Internally this system has 4GB of LPDDR4 RAM and a total of 64GB eMMC for storage. The type of RAM memory used is not bad at all, since it offers good performance and adjusted consumption. The big drawback is that it does not allow you to increase the storage capacity. 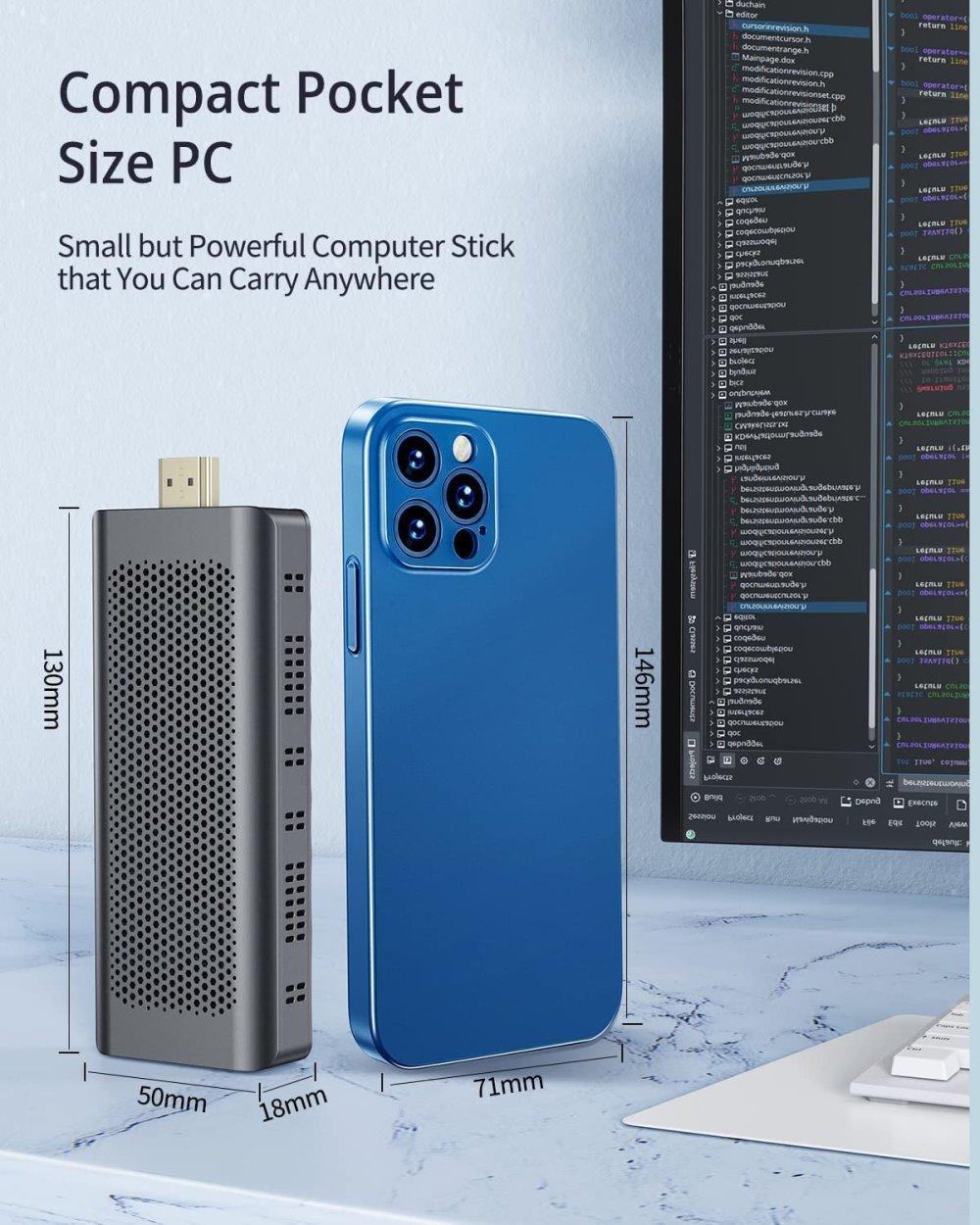 It only has a HDMI port that is not female, but is male. This is intended to be installed directly behind the television or monitor, remaining hidden. In addition, it has two USB 3.0 ports and a Gigabit Ethernet port. It also offers connectivity WiFi 5 and Bluetooth 4.2.

Due to its design in stick format, this Mini PC is very limited in terms of features and connectivity. It would be a very interesting economical and discreet solution. 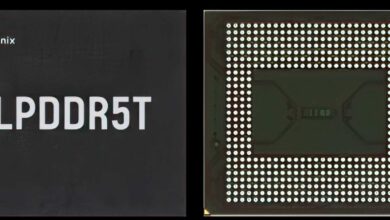 Your laptop will fly with this new type of RAM, but at what price? Do you want to play as TheGrefg? These are the peripherals you use