With the imminent arrival of Ghostbusters: Legacy (Ghostbusters: Afterlife) at the cinema, a film that aims to return to the origins and glories of the saga and the two cult films of the 80s, we cannot refrain from discussing the ending of the film and the post credit scenes which, we assure you, almost they are worth the ticket price alone.

We were among the lucky viewers of the exclusive preview of Ghostbusters: Legacy at the recent Lucca Comics and Games (here our review without spoilers) and we already knew we had to stay glued to the seats after the credits, given that some time ago from overseas the first information on the post credit scene of the film screened for a select few during CinemaCon 2021 had arrived.

How many post credit scenes are there in Ghostbusters: Legacy?

We are obviously about to delve into spoiler terrain (and I assure you that they are really big), but we can confirm – without ruining anything – that the film directed by Jason Reitman has two post credit scenes, one more beautiful than the other.

This is the fateful moment in which you have to stop reading the article if you do not want to know anything about the ending of Ghostbusters: Legacy because, of course, you prefer to enjoy it firsthand at the cinema like we did.

Well, if you are still here it means that your curiosity has won so let’s go and describe the two post credit scenes of this fantastic sequel. These are sequences that travel in the groove traced by the film that pays homage to the saga we all love and is projected towards the future, a real legacy that passes between two generations of Ghostbusters, all in the memory of Harold Ramis.

The first scene takes us directly to the beginning of the first 1984 Ghostbusters movie, bringing us back to Dr. Peter Venkman (Bill Murray) engaged in his experiments on extrasensory perception (ESP). This time, however, Venkman is the guinea pig subjected to annoying and painful electrical discharges from the always splendid Sigourney Weaver as Dana Barrett. The woman enjoys “electrocuting” Venkamn despite these fortune-tellers all the cards, almost a punishment of retaliation to what Bill Murray did in the first chapter of the saga with the male student while he cheated and did the fall with the pretty girl. 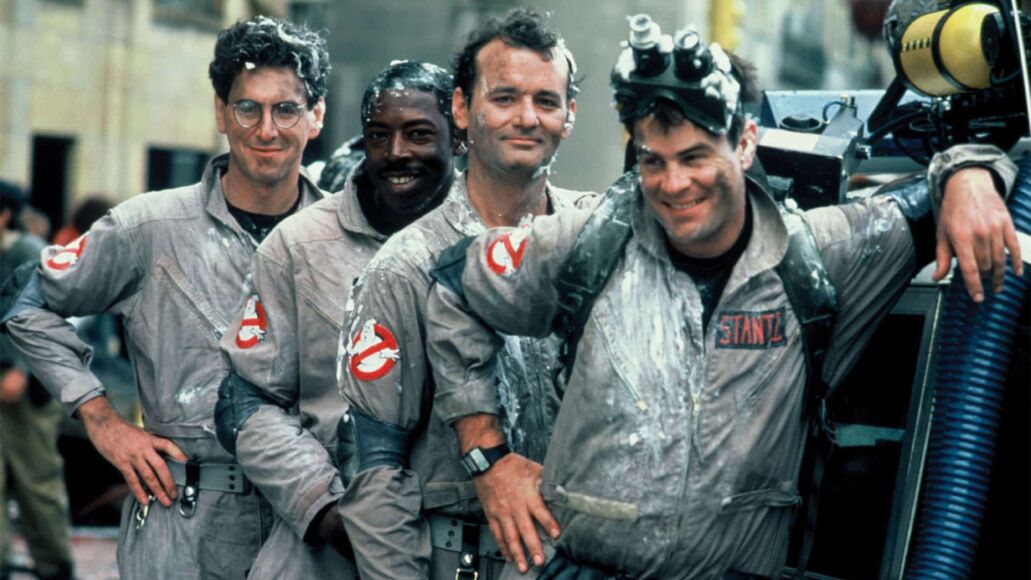 The second scene is much more “intimate” and touching, since it is a direct tribute to Ramis / Egon and the whole Ghostbusters saga.

It starts with a deleted scene from the first film directed by Ivan Reitman that takes place just before the four heroes face Gozer the Gozerian on the New York City skyscraper. Janine Melnitz (Annie Potts) talking with Egon Spengler before the mission, donate a coin to its flame. Egon asks her what it is and the secretary of the Ghostbusters replies that it is a souvenir from the 1964 Flushing Meadows Universal Exposition. It is a lucky coin and he wants Egon to keep it with him since he has another one at home anyway and because, perhaps, Egon might not return from the fight with Gozer. 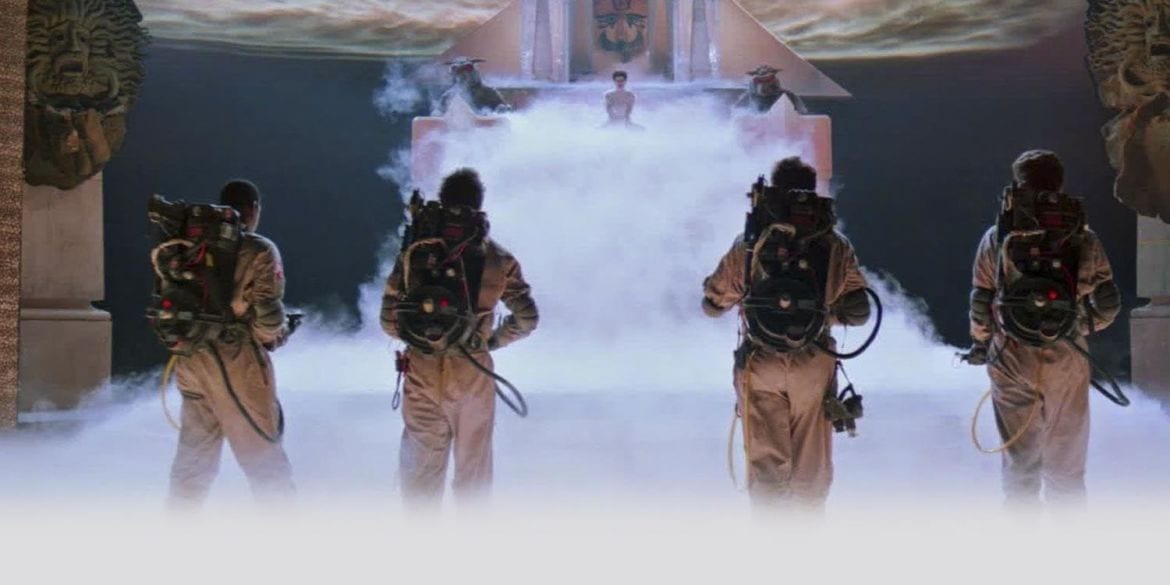 After this unprecedented flashback, we return to the present day with Janine who, with the coin in her hands, navigates through the memories of the time she was with Winston (Ernie Hudson) who, in the meantime, made a fortune and became very rich. Winston reveals to Janine what he has been doing all these years before the Ghiostbusters: Legacy reunion, with the shot then moving inside the iconic firehouse that was the base of the Ghostbusters.

The barracks door opens and Winston enters the large dusty shed that houses the Ecto-1.

Will there be a Ghostbusters: Legacy 2?

Apparently Winston bought the building not only as a nostalgic gesture but, perhaps, with the intention of getting the business back on its feet.

Perhaps we will never know what will happen, or perhaps we will, since a Ghostbusters: Legacy 2 it’s not that unlikely, box office permitting.

Squid Game 2: The creator of the series seems to have changed his mind about the second season