“The NH-P1 is our first passive heatsink, and it should be easy to see that we have not just taken a normal heatsink and removed the fan.” says Roland Mossig, CEO of the company, – “A lot of engineering work has gone into designing this heatsink to be fanless from scratch and we are really proud of the end result. In our completely fanless demo system, the Noctua NH-P1 cools an Intel Core i9-11900K with Prime95 to more than 3.6 GHz, this means it can handle 125W of heat without fans and without making noise! ​​”

As you can see, we are facing a passive heatsink of large (enormous, in fact) dimensions and weight, since even though it does not have fans, it weighs almost 1.2 kg. The heatsink is of the shell type, and integrates six copper heat pipes Nickel-plated 8 mm in diameter that pass through a series of 13 quite thick aluminum sheets with a large gap between them to promote passive cooling.

As you can see, the base also has six small aluminum sheets, also quite thick and with a lot of separation to further encourage CPU cooling. Although this Noctua NH-P1 is a heatsink designed to work passively, without fans, it is compatible with a 120mm fan that could be installed on the top, or even two fans could be installed on the sides (although it is true that then its compatibility with PC cases would be quite limited). 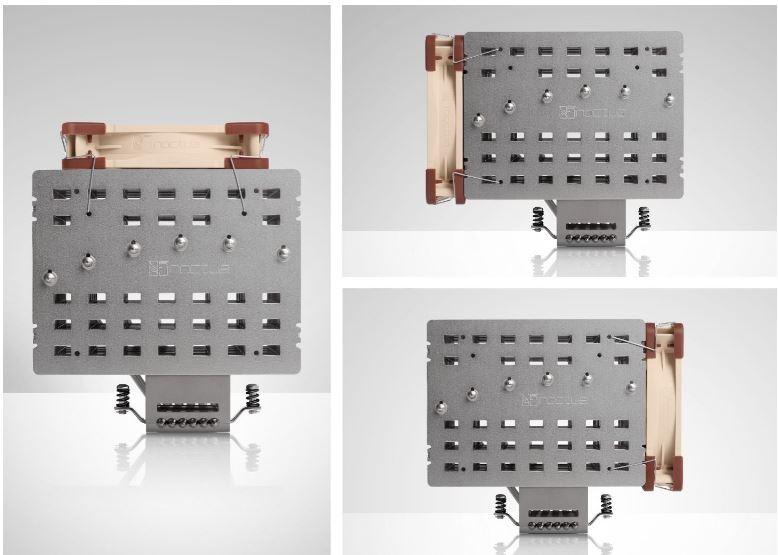 As can be seen in the images, the Noctua NH-P1 is not a simple normal heatsink from which the fan has been removed to use it passively: with much thicker and much more widely spaced fins, it achieves both mass and resistance minimum to airflow required to excel in natural passive cooling.

In fully optimized fanless systems, the NH-P1 is capable of cooling high-end CPUs, and as Noctua says they have been able to keep a 125W TDP Core i9-11900K at a good temperature under maximum load in a fully passive, demonstrating the effectiveness of this huge heatsink, ideal for high-end systems that seek the maximum level of silence.

The NH-P1 is completed by the new Torx-based SecuFirm2 + mounting system, as well as the firm’s award-winning Noctua NT-H2 thermal compound and a 6-year manufacturer’s warranty. The NH-P1 thus becomes Noctua’s passive cooling cornerstone and will surely not be the last heatsink released on the market. Its price, yes, places it as the most expensive heatsink of the brand since its recommended price is 109.90 euros.

In what systems can you use this heatsink?

“While we are very excited about the possibilities this new NH-P1 opens up, we must also emphasize that building a passive cooling system is not as simple as building a normal PC. For optimal results, components must be selected with greater care and certain principles must be adhered to. ” says Roland Mossig, CEO of Noctua.- «Therefore, we offer detailed setup guidelines, an assembly video tutorial, a list of recommended cases, and an extensive CPU compatibility list that will help customers achieve the best possible results.

Measuring, evaluating and comparing the performance of CPU coolers to select the best solution for a given cooler is much more complex than it appears at first glance, given that the TDP specifications provided by CPU manufacturers and many cooler vendors heat have become more and more confusing. To determine the capacity and compatibility with CPUs and other hardware elements of this passive heatsink, Noctua has developed what they have called NSPR (Noctua’s Standardized Performance Rating). 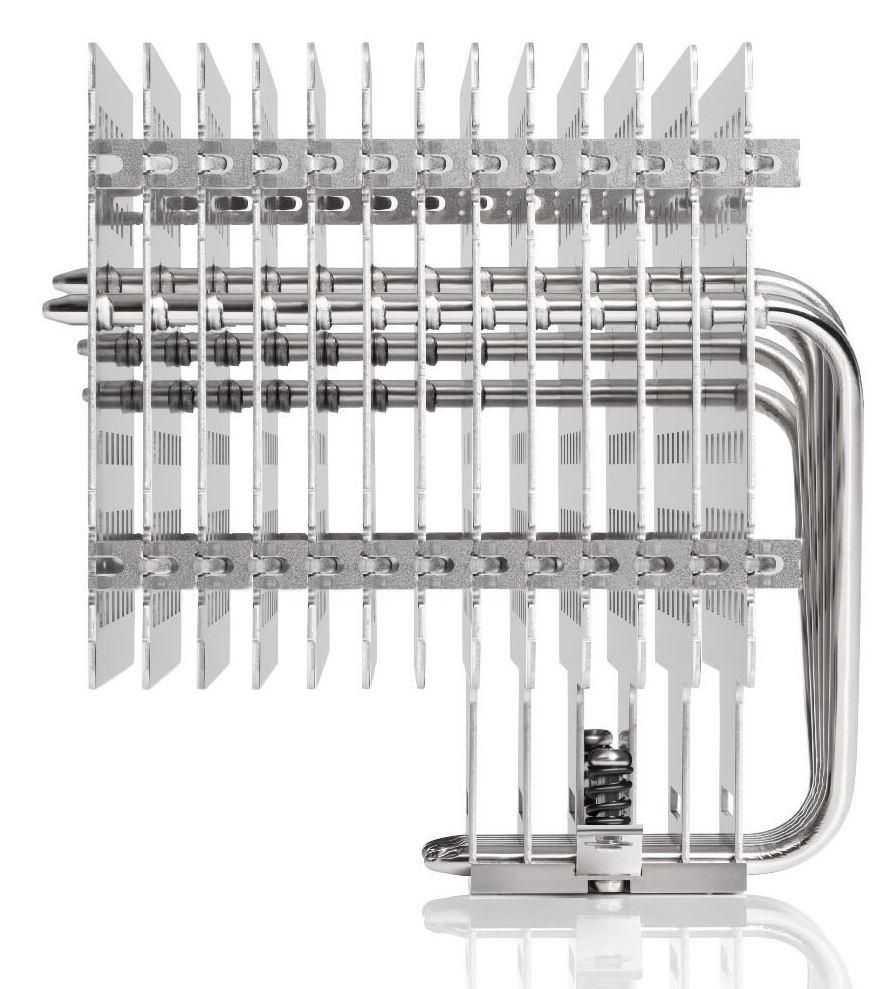 Noctua aims to help users make an informed purchase decision by offering this overall performance rating that simply gives users an idea of ​​the relative performance of their heatsinks. This Noctua NH-P1 has an NSPR of 42, and if we compare it for example with the company’s most powerful heatsink, the Noctua NH-D15, which has 183 points in this classification, it is clear that the cooling capacity is much lower than that of an active heatsink.

Therefore, with all this we want to tell you that although the NH-P1 is capable of maintaining a 125W processor at a good temperature as they have put in the example, this is the case in ideal conditions and in a completely passive system that has been optimized for it. In other words, because you have a 125W TDP processor it does not mean that this heatsink will be able to keep it at a good temperature, since in the end the thermal performance depends on many factors, such as the ambient temperature, the surrounding hardware, if there is current of air in the room, if the box is completely passive or if it has active cooling, etc.

In any case, we are without a doubt facing a passive heatsink that is postulated as the best on the market, and will undoubtedly give great satisfaction to lovers of silent computing who aim to be able to mount a PC of the highest range. but always keeping the sound level to a minimum. How to fix Google Chrome issues 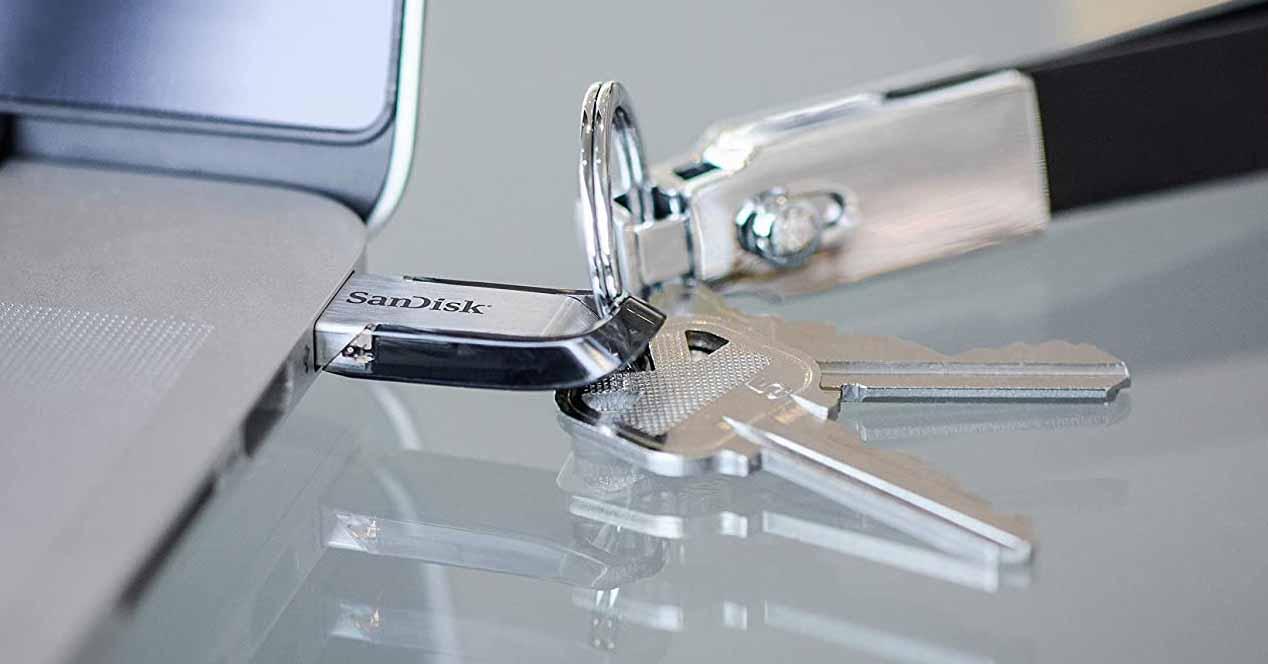 Do you need a pen drive? Well look at what incredible SanDisk deals